Past as prologue: Does the ACA battle of 2010 offer Democrats a way out of the GOP's health care mess? 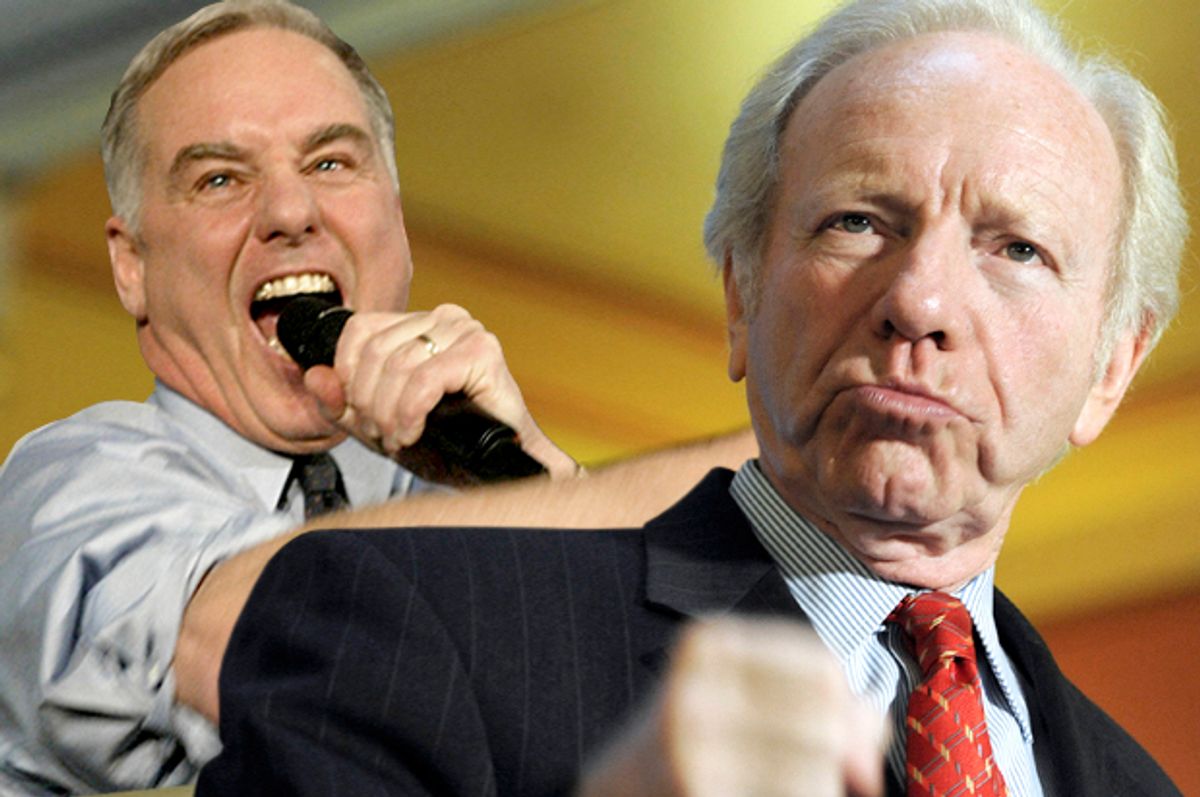 If you're a Democrat, watching the GOP tie itself up in knots over its health care bill can't help but evoke a strong feeling of Schadenfreude. After all, the Republicans have spent the last seven years screaming from the sidelines about the horrors of Obamacare. The House voted to repeal or alter the program 60 times in that period. And apparently Republicans were so busy casting those votes they never had time to create the replacement bill they promised. The one they finally threw together and released this month is a royal mess. And because this is 100 percent a GOP program, it's also 100 percent a GOP problem.

On Thursday, the House Budget Committee managed to keep the Republican defections down to only three votes and passed the bill to the Rules Committee, where Speaker Paul Ryan will have the opportunity to make some changes to realize 218 votes in the full House. At the moment, The Washington Post  has estimated that 37 House members oppose the bill — which is 16 more than Ryan can afford to lose. And they are all opposed for different reasons: The Freedom Caucus wants to obliterate the whole thing and let the invisible hand of the market decide whether people should live or die, while slightly more sane Republicans recognize that killing or bankrupting their own voters might not be a popular policy. As much as Ryan wanted to deliver this reeking pile of offal to the Senate before his people have to face the voters over the extended spring break, it's not looking good.

The Senate is just as divided. Most Republican senators would like nothing more than to see this thing buried in the House so they don't have to deal with it. The problem is that they all promised to repeal the hated Obamacare and their loyal voters took them seriously. If they don't pass the bill that Ryan produced to go through the reconciliation process with a 51-vote majority, they need to get some Democrats on board to break a filibuster. To put it mildly, that's not happening.

We know President Donald Trump doesn't care. As I wrote the other day, he thinks he's got a clever strategy: He can make the Affordable Care Act implode and then blame the Democrats. Maybe he's right that his voters won't hold him responsible for it, but they will definitely blame Paul Ryan and the GOP Congress. Right-wing media is already on it, starting with Trump adviser Steve Bannon's former crew at Breitbart News.

But Democrats shouldn't become too smug about this. It's not as if passage of the original ACA legislation in 2010 was a walk in the park. The House took the lead on it, and then, too, Democrats had to pass the bill on a pure party-line vote, which wasn't easy. Just as the Republicans are all arguing among themselves and breaking into factions today, the same thing happened to the Democrats seven years ago. In both cases it has been the right wing of the ruling party throwing the most sand in the gears.

To their credit, unlike the Republicans today, the House leadership in 2010 took its time in order to write a serious piece of legislation that made sense and had numbers that added up. And Democratic lawmakers also had a president who was committed to getting something passed. Nonetheless, it was an ugly fight that left many scars.

There are a number of Democrats who will be remembered for their perfidy in that fight. There was the infamous Rep. Bart Stupak of Michigan, who used the occasion to throw reproductive rights on the chopping block and succeeded in making pro-choice women take one for the team, as usual. But it was the Senate prima donnas who really put on a show, from the old-school conservative Democrat Ben Nelson of Nebraska, who demanded special dispensation for his state and was tarred as a low-rent operator for doing so, to the lugubrious Joe Lieberman of Connecticut, who danced around the bill for months, using his vote as a way to punish liberals for having beaten him in a 2006 primary, prompting him to win re-election as a third-party candidate.

Lieberman's most famous double cross in that negotiation came to mind this week when the Congressional Budget Office figures came in and showed that Ryan's Trumpcare plan would hit older middle-class and working-class people like a Mack truck, with premiums in some cases rising to more than 50 percent of their incomes. That group of people, aged 55 to 65, has always been a major focus of concern in these health care battles.

People in that group are at greater risk for developing a major illness as they grow older and are also highly vulnerable to job loss in a major economic downturn like the one that began in 2007. Their health insurance premiums tend to be quite high and before Obamacare was in place people in that group often had difficulty obtaining insurance at all. Even if they had insurance but became seriously ill, they were at risk of maxing out their lifetime limits, which could lead to financial ruin for their entire family.

During the health care debates of 2009, an idea that had been around for ages was floated again by a number of health care experts and endorsed by the White House. That was the proposal to allow people in that 55-to-65 bracket to buy into Medicare. It would simultaneously boost the Medicare program by adding younger and healthier younger people into the mix and make the general population covered by the ACA less burdened by folks over 55. Its most vociferous proponent for years had been none other than Sen. Joe Lieberman.

As the negotiations wore on and the diva Lieberman became one of the sticking points, former Vermont governor and Democratic Party head Howard Dean — who is also a physician — stepped up to propose the Medicare buy-in as a perfect way to break the logjam. As many of you will remember (but might like to forget), Lieberman said no. He even admitted to The New York Times that he balked at this proposal because liberals were a little too excited about it. On every level — tactical, strategic and humanitarian — it was a grievous failure. The ACA would have been a much stronger program today had Lieberman not been such a petulant SOB.

I only bring this up now because it seems obvious that Democrats shouldn't fall into the same trap the Republicans did over the last seven years. Obamacare has suddenly turned popular again, but it won't be enough for Democrats to simply shout about how great it is and have everyone cheer. They need to have a proactive plan in place besides just saying "everything's terrific." And Paul Ryan has handed one to them on a silver platter: the age 55-to-65 Medicare buy-in plan. It's a simple and specific solution to a problem that the Republicans created and that's something the Democrats can run on, in 2018 and perhaps later. Even Trump voters like Medicare.

Someday, if the country survives, Democrats are going to have to clean up this mess. Joe Lieberman is long gone from the Senate, thank goodness. It would be a fitting tribute to his tormented legacy to pass the plan he once backed and then threw away to punish liberals.