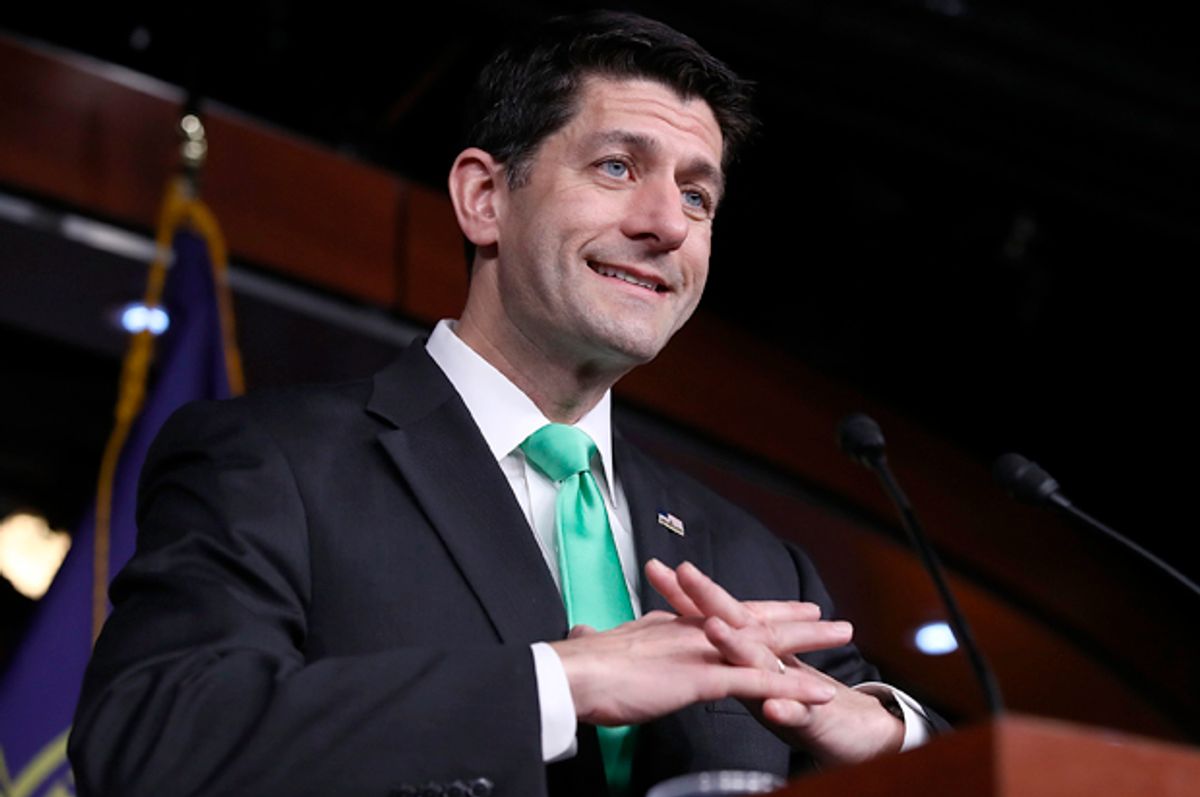 During a trip to Washington as part of a week long trip to celebrate St. Patrick's Day, Irish leader Taoiseach Enda Kenny joined President Donald Trump for a luncheon at the White House.

That luncheon got off to a rocky start after what was supposed to be a clever cultural reference ended up being just plain confusing when House Speaker Paul Ryan introduced Kenny and Trump.

As people were quick to point out, golf originated in Scotland, not Ireland.

But it was after likening Trump to Irish royalty that Ryan made his most "appalling" move of the day. At the end of his speech, Ryan pulled a out a pre-poured pint of Guinness, raising his glass in a toast to the Irish.

"To what our forefathers have started and our children will continue, may the light always shine upon them," he said. "Sláinte."

Though the language in the toast was technically correct, it was the beer itself that had people talking.

As all Guinness enthusiasts know, a proper pour of Guinness should always be topped with a thick creamy foam. Ryan's pint was clearly lacking. BBC even dubbed it "the worst pint of Guinness imaginable."

#PintGate wasn't the only cultural flub of the day. During Kenny's breakfast with Vice President Mike Pence at his residence, the vice president opened with a "top of the morning," to the Irish leader, a phrase that irked most Irish citizens.

Even the president himself was not immune to criticism over his Irish references. During the luncheon, Trump read what he said was an Irish proverb.

“As we stand together with our Irish friends, I’m reminded of an Irish proverb — and this is a good one, this is one I like, I’ve heard it for many, many years and I love it,” he said. “Always remember to forget the friends that proved untrue, but never forget to remember those that have stuck by you.”

Many tweeters instantly pointed out that the words actually came from a poem by Nigerian poet Albashir Adam Alhassan.

Though there was a lot to hate about the day, one thing is for sure: Twitter users were unanimously overjoyed that Sean Spicer left last year's pants at home.