WATCH: Bill Maher says "President Crazypants" pulls facts out of his a** with small hands 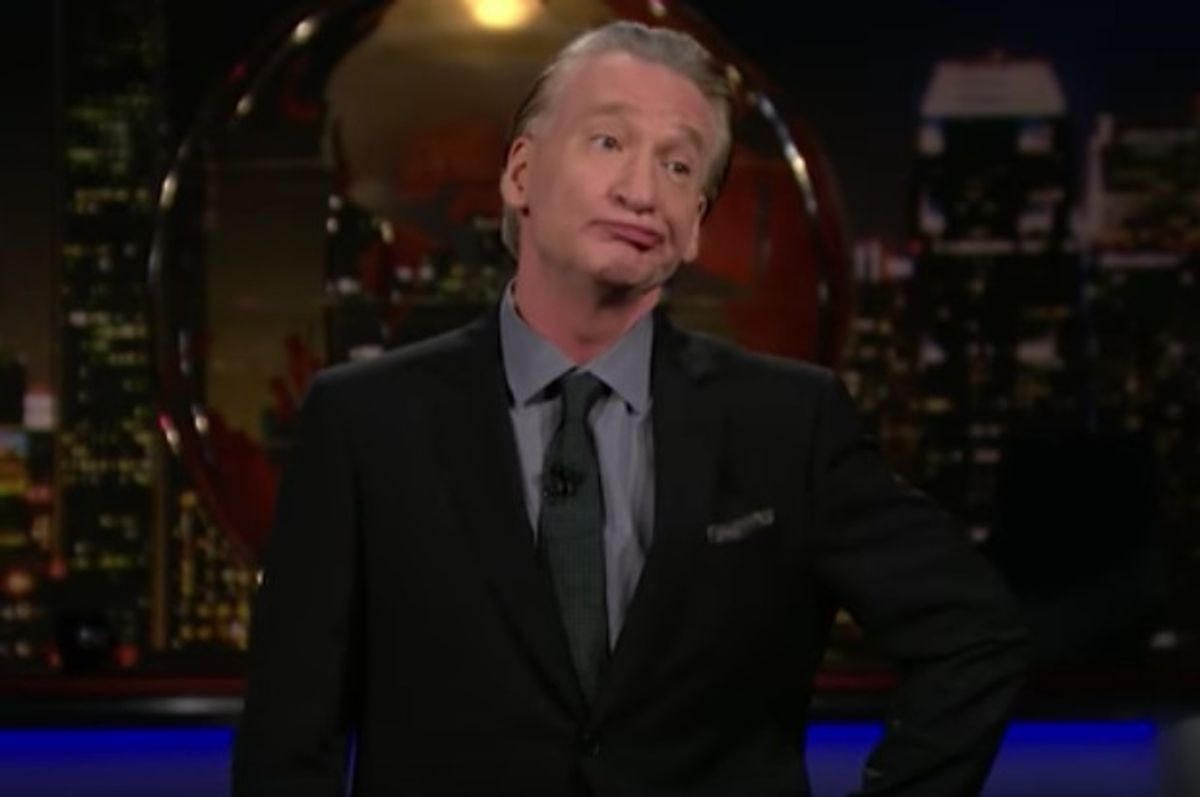 On this week's Real Time with Bill Maher, the feisty host came out of the gate with Saint Patrick's Day humor, lambasting the Trump administration for all of the health, environment and human services budget cuts it recently announced. "The White House celebrated Saint Patrick's Day by slashing everything that's green in the budget," said Maher.

“They’ve taken all the money from scientist and teachers and human rights workers, Meals on Wheels, Muppets, and given it to the people that really need it — the defense contractors,” Maher joked. President Trump has reiterated his campaign promise to reissue jobs to struggling, broke coal miners.  On this note, Maher said the coal miners might have their promised jobs back, but find rather abruptly that they had lost other essential services.

“That’s what passes for good news in this administration — ‘You’re going back down in that toxic hole…’ and then as they’re lowering them in, ‘… and we’re going to take away your health care!'”

As he went about cutting funding for important programs like Meals on Wheels that provide needed food to hundreds of thousands of hungry Americans daily, as well as school programs and funding for the arts, Trump has clearly forgotten yet more of his campaign rhetoric when he asked, “What do you have to lose?”  Maher said Trump voters now have an answer: “This stuff. Life as we know it! I always said this — you want Republicans to care about kids? You have to just jam them back in the uterus.”

And of course, Maher had thoughts on President Trump's recent allegations that former President Obama had Trump Tower wiretapped during the election.   “Hours after our last show a couple of weeks ago, President Crazypants started tweeting about how Obama tapped his phone at Trump Tower—based on nothing. That’s the great thing about having tiny hands: It’s easier to pull stuff right out of your ass,” Maher deadpanned.

He wondered how many more displays of insanity the president would have to have before America, and our Republican representatives who helped put Trump in office, woke up.  “Even though Obama himself has said this is bullshit—the wiretapping, and our former National Intelligence Director said that, the FBI director said that, the speaker of the House said that, the chairman of the House Senate Intelligence Committee, and the Senate from both sides of the aisle said this, Trump addressed all these doubters today,” noted Maher. “He said, ‘Well, I saw someone say it on Fox News.’ Really? That’s it? I saw someone say it on Fox News? What has to happen, Republican patriots, before you act? Does the president have to get naked, roll around on the White House lawn, start eating the grass and going vroom vroom, I’m a lawnmower?!”