Wake up and smell the … television: 10 shows to binge in time for their spring returns 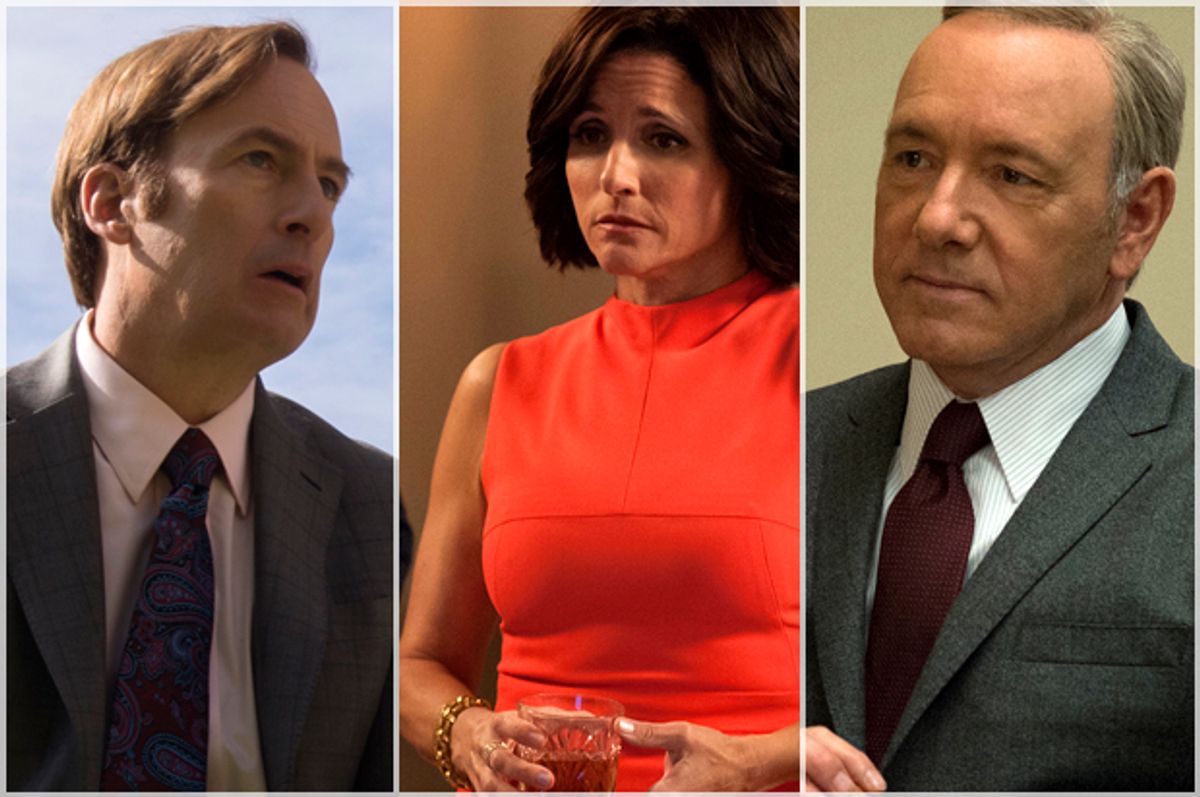 Monday, March 20, marks the first day of spring — meaning allergies, cherry blossoms and, most important, an exciting slate of returning television series. Before March becomes April and lions become lambs, catch up on these 10 series.

The drama within the Lyon family — centered around a hip-hop mogul named Lucious Lyon (Terrence Howard) who must choose one of his three sons to manage his multimillion-dollar company — never ceases. Season 3 took a mid-season pause in December at the pinnacle of turmoil in the life of Andre Lyon (Trai Byers), one of Lucious’ sons. He resolved to take swift and severe action against his father. Will he finally do so in the back half of Season 3?

“Idiotsitter” is a druggy buddy comedy in the mold of two of Comedy Central’s biggest recent hits, “Workaholics” and “Broad City.” Jillian Bell, who fans of “Workaholics” will recognize as Jillian Belk, plays a rich woman-child in need of a baby sitter. Enter Billie (Charlotte Newhouse), who is strait-laced and in over her head, and for whom things quickly get weird.

The “Breaking Bad” spinoff may not be as exhilarating as “Breaking Bad.” And Bob Odenkirk’s Jimmy McGill may not be as dynamically funny and endearingly schmaltzy as his Saul Goodman. But through its first two seasons, “Better Call Saul” has proven to be an expertly crafted drama about a doomed relationship and a doomed career. And for what it’s worth, “Better Call Saul” is the only show on television exploring electromagnetic hypersensitivity.

“The Leftovers” is a show about what happens after 2 percent of the world’s population mysteriously disappears. While Season 1 was unbearably dark, unless viewed as camp — in which case, it’s a beautiful hate-watch — the show hit its stride in Season 2. It let in a little bit of Texas sunlight, upped the suspense and cut the number of silent people in white. The season’s eighth episode, “International Assassin,” was simply one of the best episodes of any show in the past few years, period.

HBO’s vaunted Sunday comedy slate returns at a time when laughing at fictional depictions of two of America’s most powerful institutions — the government and Silicon Valley — feels like a necessary salve. “Veep,” in particular, will feel especially relevant this season because, well, you know. It will be hard for anything Selina Meyers does to feel excessive or ridiculous or impolitic. Will the show’s creators be up for a new challenge in Season 6?

Noah Hawley’s true crime series based on the Coen brothers’ iconic 1996 film is an anthology series, so it’s not necessary to watch the first two seasons in time for the third. But you’ll want to. The second season, especially, is riveting and boundless in a way few shows have ever been.

Romantic comedies tend to straddle romance at the expense of comedy. Rob Delaney and Sharon Horgan’s “Catastrophe” is an exception. The show — about a week-long affair between an American guy and an Irish gal that results in an unwanted pregnancy — is sharp and witty, and it seamlessly combines an American and British sensibility.

You’ve had 25 years. If you’re not caught up, what are you waiting for? The third season of David Lynch and Mark Frost’s return to the small screen promises to be the television event of the spring.

As with “Veep,” “House of Cards” will take on a new relevance this season. Many questions abound: How will contemporary politics affect viewing of the show? Will Frank Underwood seem less nefarious? Will the show’s creators comment on real-world events?