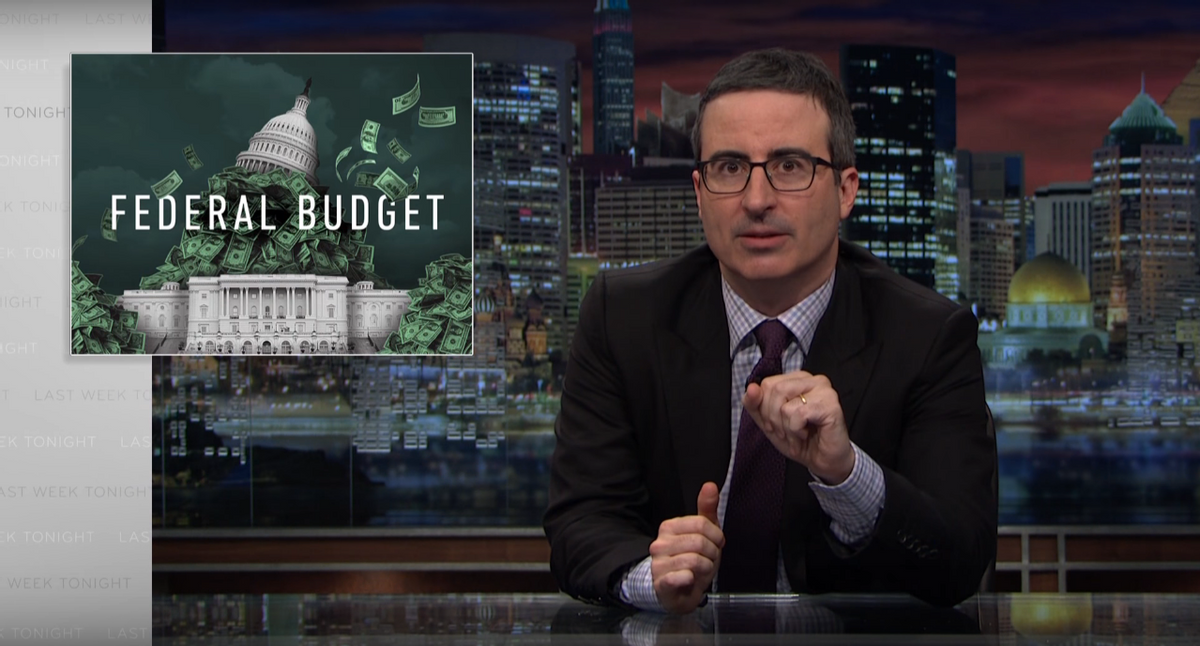 President Donald Trump's federal budget proposal was just the latest trial balloon released by this administration that critics like HBO's John Oliver promptly shot down in disgust and loathing.

On Sunday night's "Last Week Tonight" Oliver broke down the budget proposal by first highlighting the origin of the policy decisions. He showed a recent clip from "CBS This Morning" in which the director of Office of Management and Budget, Mick Mulvaney, explained how he and the Trump administration arrived at the budget.

"Wrote the budget by going through the president's speeches, going through the interviews he had given and talking to him directly and finding out what his priorities were," Mulvaney said. "We took those words, those policies, and turned them into numbers."

Oliver was positively shocked at this revelation:

"Basically, Mulvaney treated Trump's past statements the way Trump treats women: Randomly singling out a few of them and then reducing them down to numbers."

The late-night comedian could not understand how somebody could listen to a Trump speech and derive any meaningful policy considerations from it. "Last Week Tonight" then played a clip of Trump comparing America's nuclear capabilities with that of Russia.

"Our nuclear is old and tired and [Russian President Vladimir Putin's] nuclear is tippy top from what I hear," Trump said in a speech.

"I don't know how you turn that into policy," Oliver said after the clip. "That apparently means a $1.4 billion increase for the National Nuclear Security Administration, while cutting the Department of Energy's overall budget by $1.7 billion. But to be honest, I can't be certain because I don't speak fluent toddler psychopath."

Oliver noted that the budget has received criticism from both sides of the aisle. Republican Rep. Hal Rogers from Kentucky, for example, has called the cuts "draconian, careless and counterproductive."

The "Last Week Tonight" host tried to describe just how big of a problem that is for Trump: "A Republican saying that about budget cuts is like a toddler telling you this balloon fucking sucks."