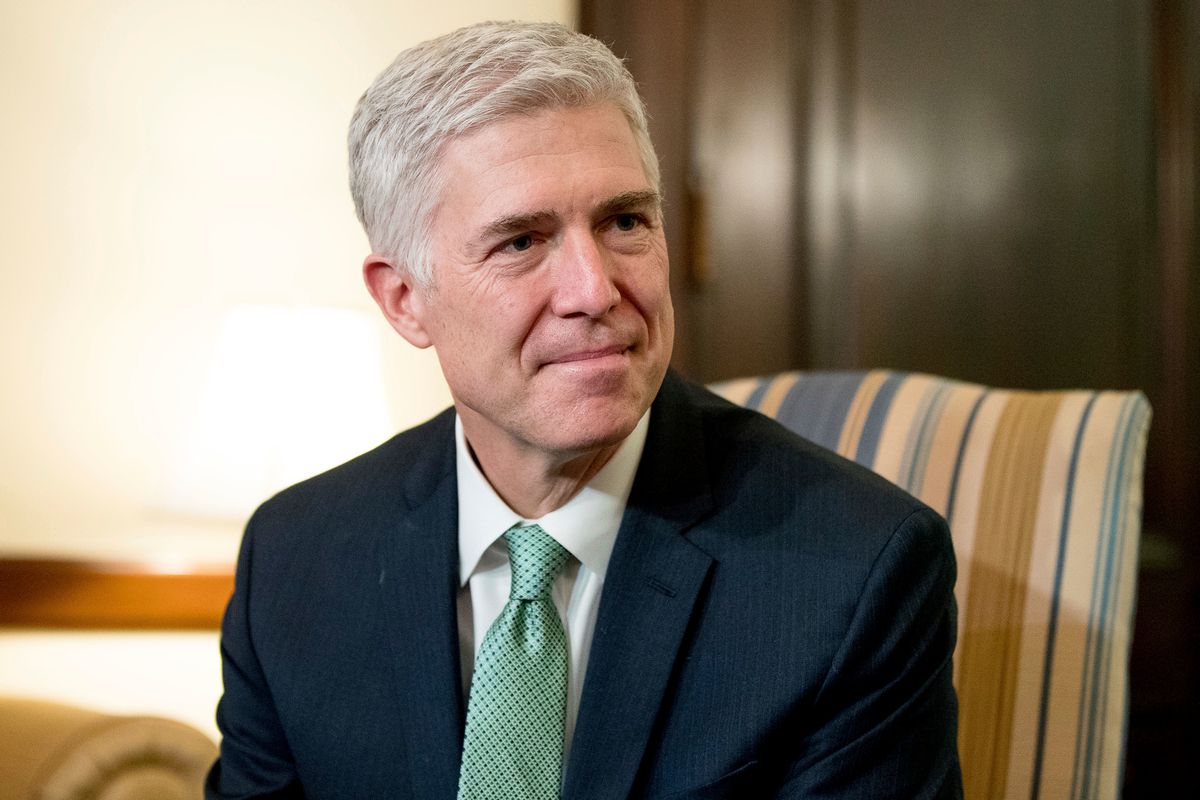 Neil Gorsuch, President Trump's nominee for the Supreme Court who is currently going through the ringer in the Senate Judiciary Committee, appears to have ties with an anti-voting rights crusader who popularized misinformation about widespread voter fraud.

Emails released to the Senate Judiciary Committee indicate that Gorsuch is not only familiar with Hans von Spakovsky, a senior fellow at the Heritage Foundation known for hyping the voter fraud narrative, but perhaps even a fan of his.

Back in July 2005, von Spakovsky sent out an email to a list of people announcing a speech he was giving at the Ballot Access and Voting Integrity Conference, as Ari Berman reported for The Nation. Gorsuch replied to the email, "Sounds interesting. Glad to see you're doing this. I may tray [sic] to attend some of it."

A December 2005 email that Gorsuch received from another contact indicated that von Spakovsky was being considered for the Federal Election Commission. The message's sender conceded "there will be stories" and that it will be "a little bit of a fight in the press." Gorsuch responded, writing, "Good for Hans!"

Per Berman's report in The Nation:

In particular, von Spakovsky manipulated the process to approve Georgia’s strict voter-ID law in 2005, which was among the first of its kind. (I tell this story in great detail in my book Give Us the Ballot.) Von Spakovsky had been an advocate of such laws nationally and in Georgia specifically, where he was from, since the 1990s. “Requiring official picture identification such as a driver’s license with a current address would immediately cut down on a large amount of fraud,” he wrote in The Wall Street Journal in 1995. Two years later, he recommended, “Georgia should require all potential voters to present reliable photo identifications at their polling locations to help prevent impostors from voting.”

To justify voting restrictions, von Spakovsky has sought to spread the myth of massive voter fraud. Serving in an advisory role for the Election Assistance Commission, von Spakovsky was able to change the language of a GOP study on voter fraud so that its conclusion indicated there was "a great deal of debate on the pervasiveness of fraud," according to The Nation.

And that's despite all the facts to the contrary.