Standing up for NATO: Germany pushes back on Donald Trump 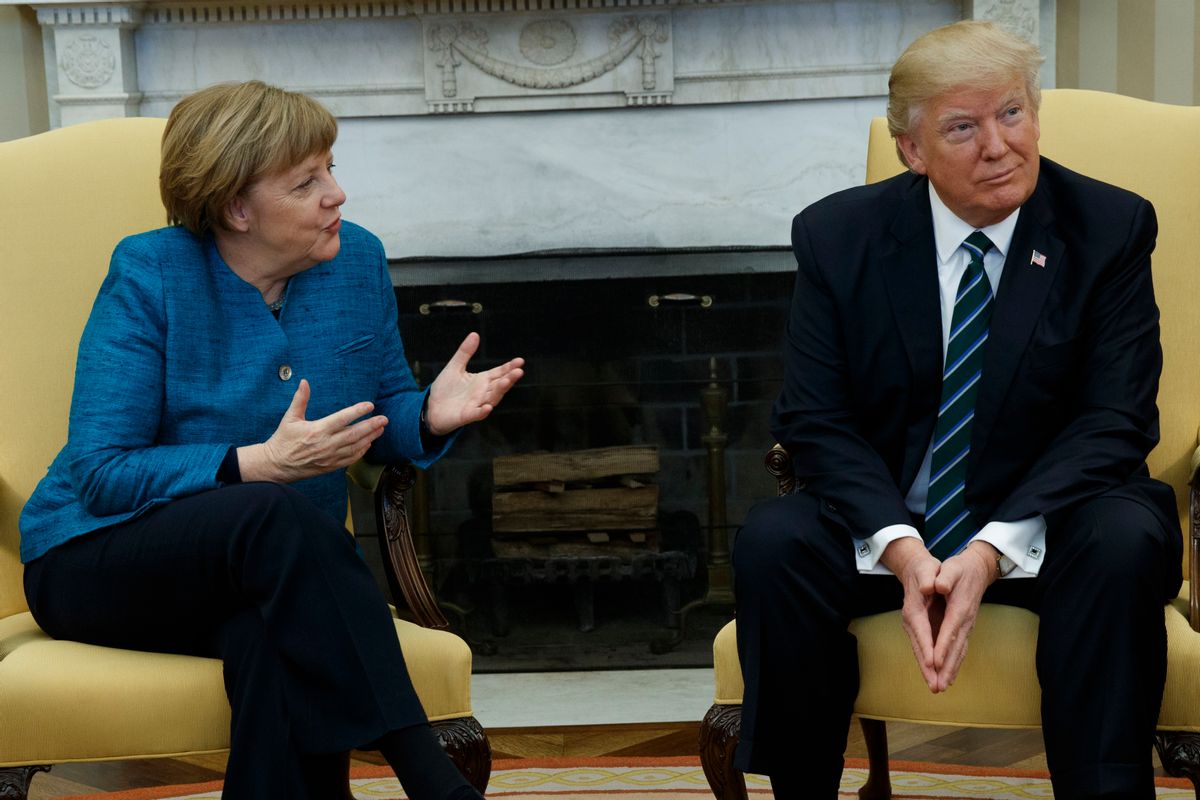 “There is no debt account at NATO,” von der Leyen said in a statement, adding that it was wrong to link the alliance’s target for members to spend 2 percent of their economic output on defense by 2024 solely to NATO.

In other words, Berlin under Angela Merkel is prepared to challenge the Trump administration.  Germany’s political culture demands a high degree of efficiency: its legalism stems from the days of the Holy Roman Empire, when competing city-states, dukedoms, principalities, and kingdoms tried to forestall mass warfare underneath an ever-unbalanced Holy Roman Emperor.  After the 30 Years’ War, this legalism and obsession with procedure accelerated: today, Germany’s love of both the rules and data is renowned.

Naturally, this clashes with the alternative facts of the Trump worldview, which changes reality to suit Trump’s interests.  Trump hammered NATO during the campaign as a defense free rider, letting the U.S. pay the big bills and take the big risks while NATO nations contribute the bare minimum.  This overlooks the fact that the U.S. dragged NATO into Afghanistan for over a decade and European countries suffered hundreds dead.  It also overlooks, as Defense Minister von der Leyen rightly points out, that not all defense spending of NATO countries counts as NATO spending.

That may seem a very German quibble over data, and it is, but it’s also a harbinger of Trump-Berlin relations.   The next four years are likely to be spent going back and forth over details. Modern Germans are inured to “alternative facts.”  Even the Nazis knew how to count.

A big worry for Berlin used to be a Russo-Trump grand bargain, but the American Congress and the rank of file the executive have pushed hard against a Trumpian rapprochement with Moscow, possibly killing the policy.  There was a worry Trump was prepared to give undue influence to Russia in exchange for a war against Sunni supremacists; he’s having a hard time convincing anyone that is a good idea, even his fellow Republicans.  Now there should be worry that Trump will spook the Germans into returning to their old role in Europe.

After all, the Bush years were also rough for Germany, who opposed the 2003 invasion of Iraq and disliked most of Bush’s first term policies.  While Germany had a much higher opinion of Barack Obama, Germans surely are seeing that they’re enduring bad American presidents to get to good ones.  If this alternation keeps happening, it might convince young Germans that they’re better off building their own geopolitical system, one hinged on their notion of efficiency and logic.  To a certain extent, the European Union already is a German project.  If Trump keeps being unreliable to his NATO allies, the EU may one day become more than just a currency realm.