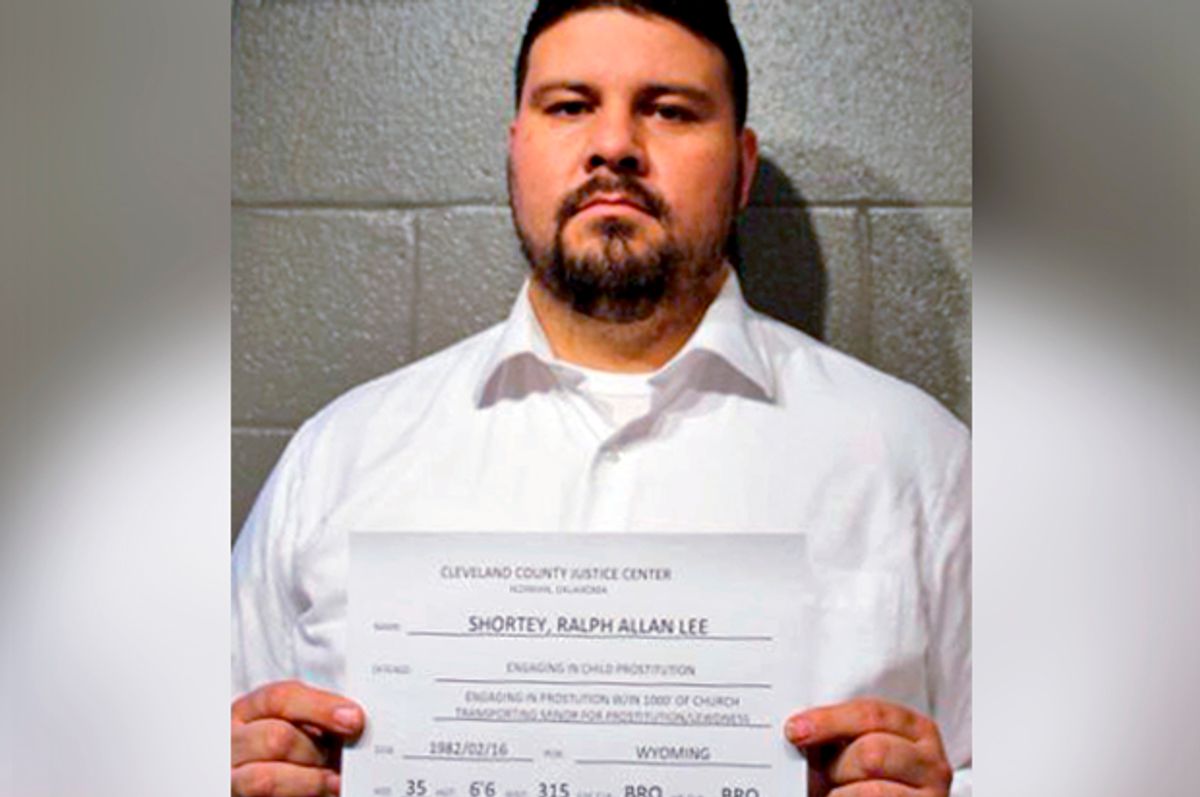 A state senator in Oklahoma and the former state chair of President Donald Trump's electoral campaign, Ralph Shortey, is facing child prostitution charges and will resign, the Associated Press reported. Shortey was arrested last week when police found him with a 17-year-old boy from at Super 8 Motel.

The state Senate voted on a resolution last week that stripped Shortey of most of his authority, including his ability to serve on Senate committees and author bills. The Senate also took away his office, executive assistant and parking space.

The 35-year-old Republican was involved with teens regularly through the YMCA Youth in government program, according to KFOR-TV, and was a senior staffer at Boys State.

According to the Moore Police Department's redacted report, when police asked Shortey why he was in the motel room, the state senator said "he was just there to hang out with his friend."

The Oklahoma Republican Party immediately called for Shortey to resign.

"The Oklahoma Republican Party takes all accusations against elected officials seriously, especially when the welfare of a minor is involved. We have reached out to Senator Shortey for comment and have not heard back from him at this time. We await the report from law enforcement on whether charges will be filed," Pam Pollard, the chairman of the Oklahoma Republican Party told the TV station.

The day after the motel bust, Shortey posted a photo with Donald Trump Jr. on Facebook, according to The Daily Beast.

“Was honoured to have lunch today with Donald Trump Jr. and some very influential and passionate business leaders in our state,” Shortey wrote. “Loved hearing the war stories from the campaign trail and what the next phase is in restoring our republic. Looking forward to an exciting future and hope to be a big part of it.”