Man of the times: On “More Life,” Drake is dialed into the sounds and possibility of the digital age

Part dancehall, part trap, part grime: On Drake's latest, he shapes the parameters that allow him to thrive 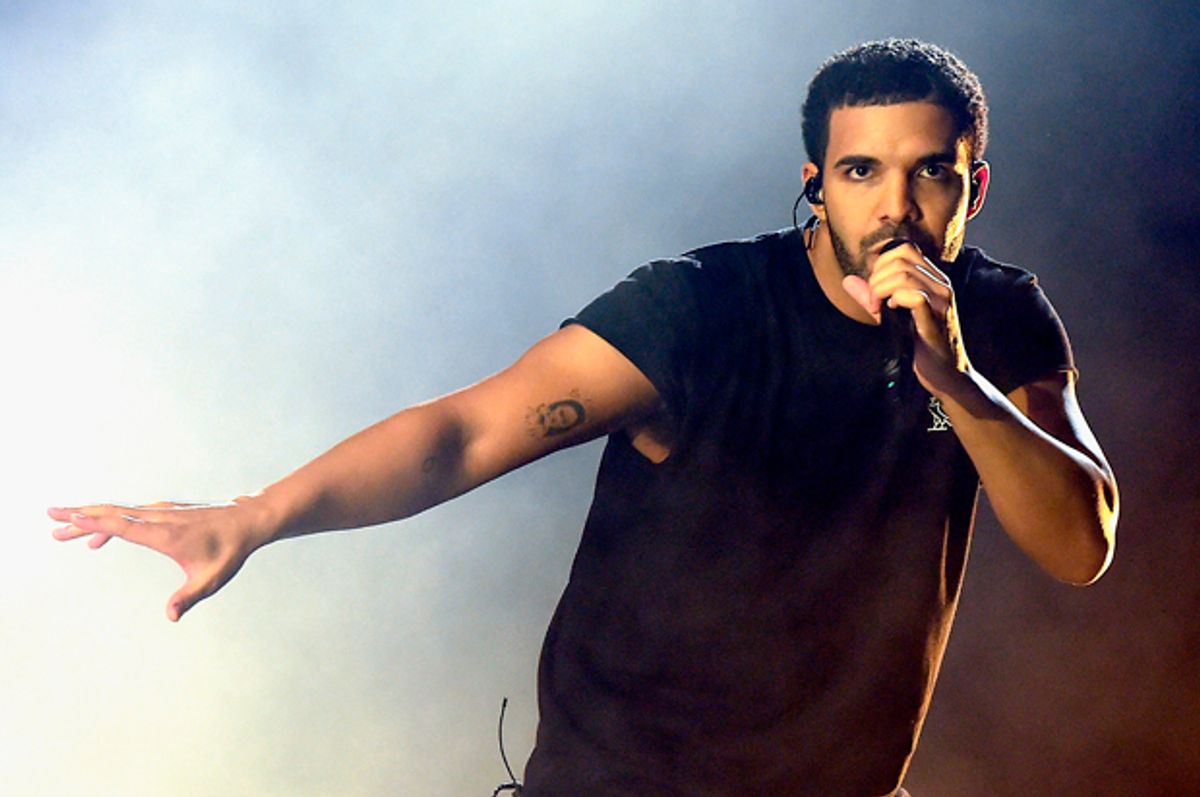 In the digital era, a collection of songs is whatever an artist wants it to be — for the independent, a mixtape; for the traditionalist, an album; for Drake, a playlist.

On Saturday, through his Beats 1 radio show, Drake released “More Life,” a 22-song “playlist.” The discourse surrounding this release has been about the form more than the quality. Drake had a hand in making all of the songs and he appears on all but two. So how is the project different from an album? It won’t be released physically. And different from a mixtape? Uh, the production quality is better?

Technically speaking, the distinction Drake is making is one without a difference. But figuratively, he’s trying to do two things: first, cleverly market his music; second, suggest to the listener that this collection of songs is not about narrative continuity but party hopping. “More Life” is a pu pu platter of the world’s hip-hop and hip-hop adjacent sounds, all filtered through Drake — just as Drake is being filtered through these sounds.

The album is part dancehall, part trap, part grime, with a little gospel sprinkled in. Drake, of course, is the perfect conduit for such a project. He is a chameleon and an expert curator, someone whose prized qualities are his taste and his flexibility. He is an artist whose innovation was formal — merging singing and rapping, vulnerability and muscularity. Just like “More Life” is what Drake wants it to be, Drake effectively is what the listener wants him to be.

It is for these reasons — and perhaps because of Drake’s mixed ethnicity — that his authenticity goes unchallenged. Drake is not appropriating other cultures so much as he is celebrating them. His is a globalized universe where sounds from London seem appropriate bumping up against sounds from Atlanta or the Caribbean. On “More Life,” Drake is largely unconcerned with politics or race. He’s the rare artist who can get away with cherry-picking sounds from around the world while ignoring the politics surrounding the cultures from which he borrows. He is an artist of the internet and to be of the internet means everyone can have the world at his or her fingertips.

To be of the internet also means working at an unceasing pace. Drake is among the three or four most relevant artists of this age because he is a master of making and distributing content. Over the course of the past three years, in addition to releasing four meaty albums and a smattering of singles, he has generated memes and GIFs and has popularized expressions (expect the word “blem” to pervade the lexicon throughout the next six months). Drake is an actor turned rapper, who is also a radio-show host. His lyrics can be clunky or corny (“Eatin' Applebee's and Outback/ Southwest, no first class,” he raps on “Free Smoke”) but his bet — and it is a winning one — is that prolificacy and aesthetic pioneering will mask all warts.

And make no mistake: Drake’s priority is to be considered the best in the game. Like almost every rapper of the past two decades, Drake is infatuated with Michael Jordan, whose name and brand signify greatest. On “What a Time to Be Alive,” he dubbed himself “Jumpman.” Throughout “More Life,” his lyrics fixate on supremacy — his claim (“I know I said top five, but I’m top two/ And I’m not two and I got one,” he raps on “Gyalchester.”) as well as the glories and burdens (“Winnin' is problematic/ People like you more when you workin' towards something,” he raps on “Lose You”). There’s a case to be made that Drake is the best of the day, but the case for Drake as the best is not that he is Jordan. Drake is LeBron James — a versatile jack-of-all-trades, who is both the player and general manager and who shines brightest when he is surrounded by talent.

Calling a long album a playlist is a greater feat of marketing than of musicianship. And yet, once you suspend disbelief, you realize that a playlist is Drake’s ideal form. It suggests that tastemaking is as much an art as creating flow or writing lyrics and that features are not a hedge but a status symbol. On “More Life,” Drake sets the parameters for his supremacy. When he doesn’t sink the shots, someone else does. And as he raps on “Lose You,” in the game he’s created, “The city gets stronger when everybody is speakin'.”