How do private prisons work? 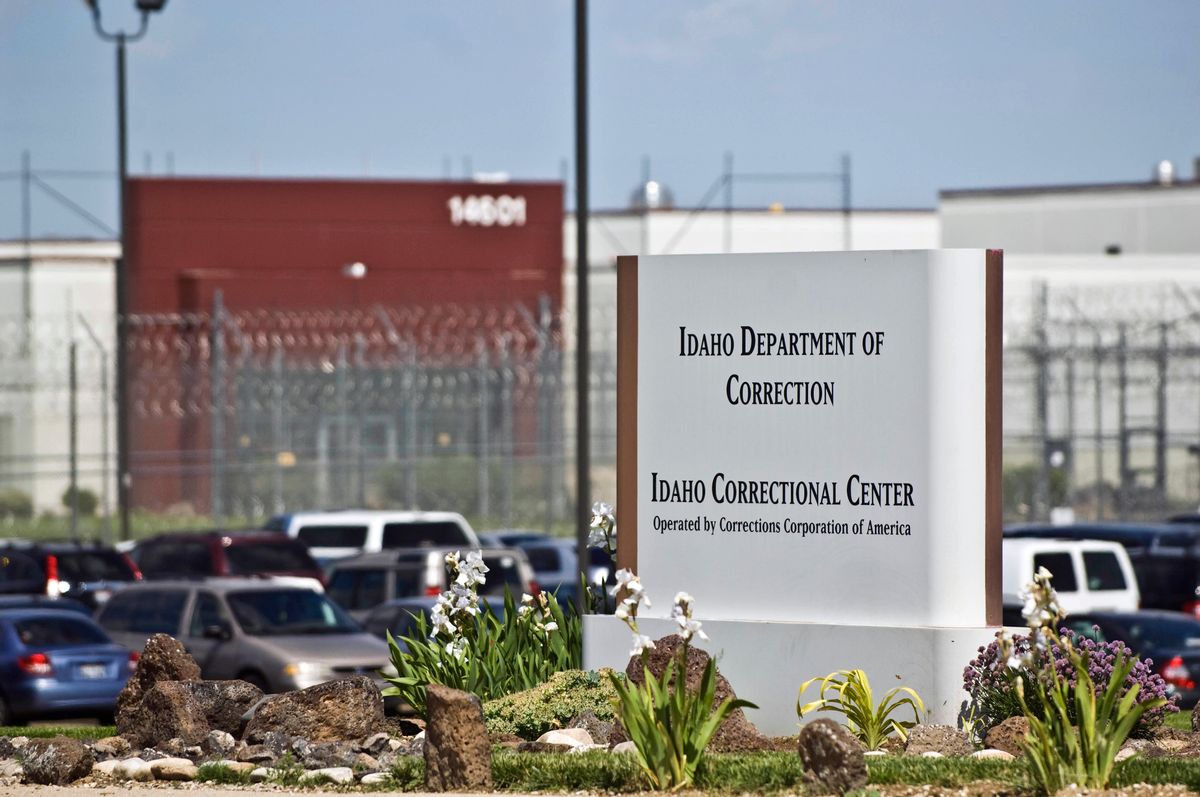 The year 2016 was a wild one for the private prison industry.

During the presidential election campaign, the Democratic challengers both called for an end to private prisons. The leader in the industry announced it would lay off 12 percent of headquarters staff. Then, in August, Obama’s Department of Justice announced that the Bureau of Prisons would phase out its use of privately run prisons. As a result of this announcement, stock prices for the biggest private prison companies dropped precipitously. All of this was in the context of a shrinking prison population, which threatened to undermine demand for private prison beds.

Enter Donald Trump. Throughout 2016, then-candidate Trump campaigned on a “law and order” message and, perhaps more importantly, an anti-immigration message. Both implied a surge in the population of convicted offenders and detained immigrants. Upon Trump’s election, private prison stocks spiked immediately, as investors speculated that demand for prison beds would rebound and perhaps surpass earlier levels.

How do private prisons work, what effect have they had on American criminal justice and what does the future hold for them? As a sociologist, I have examined the use of private prisons in the United States and their impact on the American criminal justice system. My research, and that of others, reveals that the trend toward privatization is unlikely to solve the very real problems in U.S. prisons.

Nonetheless, the industry is a resilient one, and we can expect private prisons to persist in spite of their checkered performance history.

How do private prisons work?

Prison privatization brings together governments in need of additional prison capacity with private companies that can supply that capacity.

Governments at the local, state or federal level seek bids from private firms to operate a prison, jail or detention center. In theory, private firms compete to submit a desirable bid. In practice, competition is limited, as the industry is dominated by two major firms.

The firm with the winning bid then assumes full responsibility for managing the day-to-day operations of a prison facility: hiring staff, disciplining prisoners, stocking supplies, providing legally mandated programs and so forth. In return, the government pays the firm, typically on a per-inmate-day basis. (Management contracts may or may not involve private ownership of the facility.) In taking over operational responsibilities, the firm also assumes legal liability in the event of legal or constitutional disputes.

Modern private prisons have been around since the 1980s, though several historical antecedents exist. Today, private prisons hold more than 120,000 inmates – equivalent to 8 percent of all prisoners – for 29 states and the federal government. Additionally, the two largest private prison companies operate more than 13,000 beds for purposes of immigrant detention. Overall, most private facilities hold relatively low-risk inmates.

The debate over prison privatization tends to center on three points: cost, quality and morality.

Cost is perhaps the most common justification for privatization. Some reports indicate that private prisons have saved money. However, these comparisons are often marred by ambiguities in accounting. For example, who should bear the costs of prisoner lawsuits, contract enforcement, on-site monitoring and health expenses?

Moreover, cost comparisons must be attentive to differences in the inmate populations and their respective risks and needs. There is anecdotal evidence that private prisons avoid inmates with greater health needs, thereby offloading costs onto the government.

On quality, there is less evidence of a private prison edge. Several studies have found the private sector has more inmate misconduct, more escapes, higher staff turnover, fewer inmate work assignments, more inmate grievances and greater use of discipline. At least one study has found that private prison inmates are more likely than their public prison counterparts to commit crimes upon release.

In many areas, quality differences appear trivial or inconsistent. For example, my research with Alisha Jones at Oregon State University revealed that courts intervene to correct problems in private and public prisons at roughly the same rate. Other work has found that private and public prisons have similar levels of inmate violence and staff safety. In ongoing research, I find that privatization has failed to induce better performance in public prisons, as alleged by many privatization advocates.

Ultimately, both quality and cost depend greatly on the details of the contract signed by the government and the company. Permissive contracts that fail to demand higher quality and lower cost will tend to produce poor outcomes in the private sector.

However, cost and quality are beside the point for critics who argue that prison privatization is intrinsically immoral, as illustrated in my prior work. Some view imprisonment as the responsibility of the government: “It’s government’s rules, governments ought to be the ones to handle it,” as one district attorney said. Others worry that privatization erodes ideals of justice, or that the business model encourages private sector actors to distort justice. As one Democratic state senator in Tennessee said about privatization, the “top priority goals of the prison system then become high occupancy and profit, and that is wrong.”

Some critics may be mollified by not-for-profit prison enterprises. However, these institutions may provide little solace to those who oppose prison privatization in principle.

What’s next for private prisons

Calls to abandon prison privatization have waxed and waned over the years. Recently, those calls have become louder. A number of critical journalistic investigations have brought scrutiny to the industry. Columbia University and the University of California system recently divested from private prisons stocks, and other universities may follow suit. Several states have canceled private prison contracts in light of budget and safety concerns.

But the private prison industry is resilient. Moving forward, the industry is likely to grow, thanks to criminal imprisonment, immigrant detention and rehabilitative services.

First, private prisons will continue to imprison criminals. In a reversal of the previous administration, Trump’s Department of Justice announced that it will order the Bureau of Prisons to continue contracting with private prison operators. Consequently, a major source of revenue will remain open to the industry.

Second, immigrant detention proves to be an area with enormous growth potential. Earlier this year, President Trump announced a series of executive orders targeting illegal immigrants in the U.S. In February, the Department of Homeland Security announced in a series of memos that it would enhance enforcement of federal immigration laws by hiring an additional 15,000 agents for Customs and Border Protection and Immigration and Customs Enforcement; by restricting the practice of releasing people awaiting an immigration trial; and by expanding the pool of people eligible for potential removal. All of these actions signal an increased demand for detention beds.

Third, in the face of a falling prison population and calls to reform the criminal justice system, the private prison industry has indicated a desire to expand beyond coercive detention into community-based rehabilitation services. For example, in February, the GEO Group spent US$360 million to buy Community Education Centers, which provides rehabilitation services both in and out of prison.

Given the apparent staying power of the private prison industry, it is worth considering how to ensure that private prisons deliver a socially desirable service.

While these performance-based contracts may do little to assuage the most ardent critics, they have the potential to make prison privatization a less fraught and more socially productive enterprise.