“Even if there’s a vast government conspiracy out to get you, they’re never going to bug two phones." 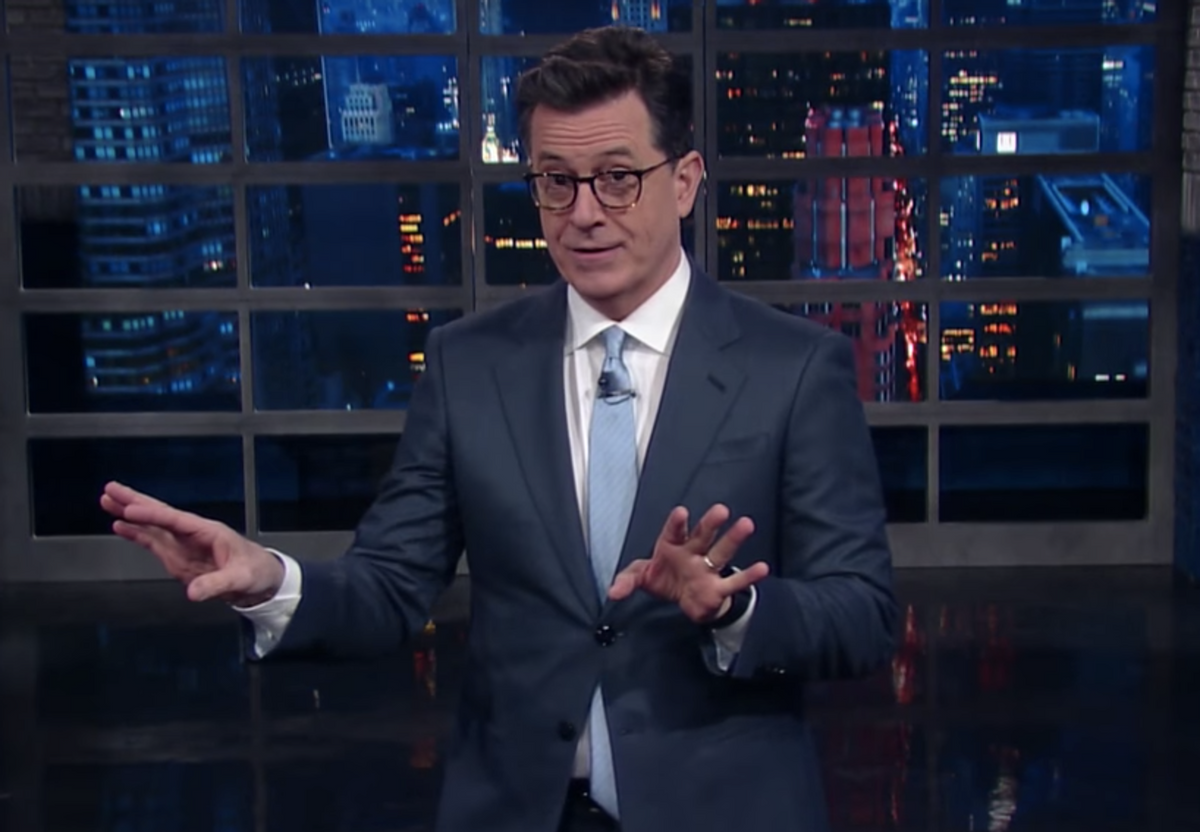 Conspiracy theorists like Alex Jones and Roger Stone have hatched yet another explanation for the Trump's Administration's chaos. But the "deep state," as explained by Colbert, was inevitable.

“You know who has a bad case of the Mondays this Tuesday?” Stephen Colbert opened Tuesday night. “The Trump administration, because apparently paranoia has seized the Trump White House."

"I’m surprised," the "Late Show" host quipped. "I thought Russia was going to seize it.”

White House officials' "deep state" concerns are deeply troubling. For example, staffers' paranoia has caused them to "stay mum" in meetings, for fear that their comments "could be leaked to the press by foes," Politico reported.

Initially Colbert thought the "deep state" was “what you achieve after doing three bong hits and watching Planet Earth."

"In fact, it’s a permanent national security apparatus that is pulling the strings behind the scenes," he explained.

In the "deep state" exposé, Politico also revealed the drastic measures some White House officials have taken, such as one staffer who hides his devices the moment he gets home, for fear they could be listening in.

“Even if there’s a vast government conspiracy out to get you, they’re never going to bug two phones," Colbert pointed out to the fool.

“I think this paranoia is just the frustration every new administration has with Washington, D.C.,” the host concluded. “You went to work for Trump because you wanted to tear down the government. Now you have to deal with it. Now you are the government.”

"It's like a dog who spent his whole life chasing a car. Now he has to drive the car," he compared. “We’re not happy about it either, by the way. Remember, we’re in the backseat of a car being driven by a dog now.”