Why America wants North Korea to think it will bomb Pyongyang 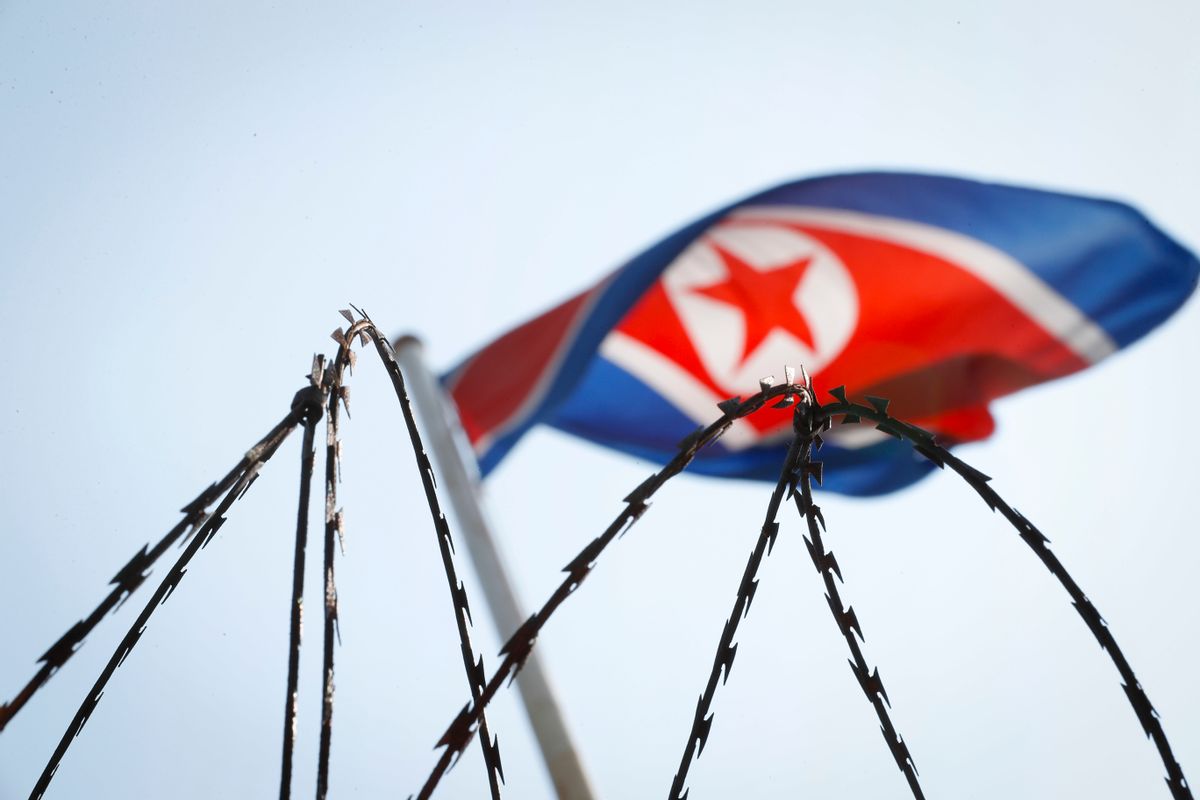 A U.S. policy of strategic patience with North Korea has ended, Secretary of State Rex Tillerson said in South Korea on Friday, adding that military action would be “on the table” if North Korea elevated the threat level.

Before anyone freaks out, American leaders once said nuclear weapons were “on the table” in response to the 9/11 attacks.  The phrase is designed to instill terror in foes, though it has a mixed record.

This is a clean break from the Obama years. Under Obama, American leaders worried that escalating the North Korea standoff would leave Pyongyang with increasingly bad options.  They, like Beijing, worried about a sudden collapse of the regime, causing either a civil war (which could go nuclear) or a massive humanitarian crisis as North Korean refugees flooded the DMZ and Chinese borders.

This prolonged America’s longest frozen conflict.  No option seemed good: hammering the regime with sanctions could provoke collapse, military action could lead to a war that might destroy the pennisula, and ignoring Pyongyang simply allowed it to continue to develop larger and more capable nuclear weapons.

So what’s a president to do?  Apparently, give the Madman theory a go.  Presuming one knows there is such a theory, and isn’t actually mad.

The Madman Theory was developed during the Nixon years, a rational construct of Henry Kissinger’s cold-eyed realism.  Basically, if your enemy thinks you’re crazy, they’re less likely to provoke or take advantage of you.  When utilized by a sane person, it can prevent escalation and even cause foes to back down.  In addition to Nixon, it was used by the Reagan administration, who appeared willing enough to fight World War III to rattle the Soviet Union.  This helped force Moscow to gamble on reforms that eventually undid the USSR.

If Trump and his team are playing the madman, it is nearly the last card left in the deck against North Korea.  It might work as it did with the Soviets, stirring the paranoia inherent in North Korea to a fever pitch.  Elites mightthen either force concessions on Kim Jong Un, or they might even overthrow him and replace him with a more pliable – and survivable – leader.

That presumes that Trump is not actually mad.  There is worrying evidence the U.S. president is neither rational nor strategic: from his empty accusations against the Obama administration to his bizarrely stubborn insistence on travel bans, Trump keeps making domestic decisions which benefit almost no one, unless you believe that Trump only wants attention at any cost.

So far, however, Trump has not had very strong opinions on foreign policy.  The U.S incursion into Syria has the measured fingerprints of Defense Secretary James Mattis, not Trump’s 3AM tiny Tweeters.  America’s management of Russia looks increasingly like Secretary of State Rex Tillerson’s domain and is – so far – well in line with American interests.  Trump may be content to stoke domestic fires and leave the rest of the world to his cabinet’s professionals.

In that case, Tillerson and Mattis are the rational madmen seeking one of the few plays left against North Korea.  Yet Trump remains president; should he suddenly develop a keen interest in foreign affairs, the Madman Theory will go from ploy to principle, to everyone’s detriment.