Democrats appear to be struggling to cope with their election loss in November, but Bernie continues to resonate 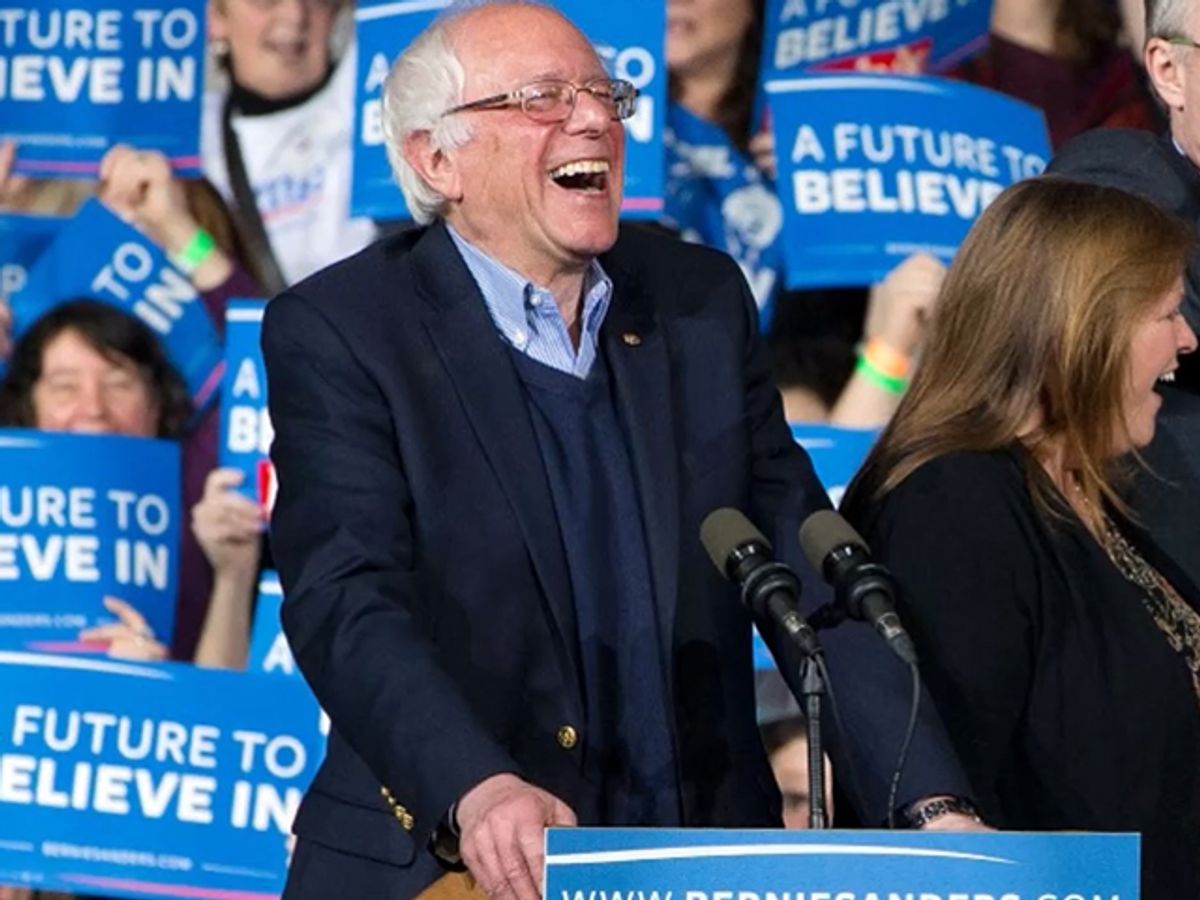 Sen. Bernie Sanders (I-VT) is the most popular of his peers in America right now, and it's not even close, according to a recent Fox News poll. He currently holds the highest approval rating of any politician in the country, at 61 percent. The senator has very low disapproval rating as well — only 32 percent.

However, those numbers did not seem to impress Minority House Leader Nancy Pelosi.  During a CNN interview Tuesday, Anderson Cooper asked her who she feels the leader of the Democratic Party is right now. Her response? Barack Obama and Hillary Clinton.

The Democrats appear to be struggling to cope with their election loss in November, and hold an approval rating at 36 percent, just a few points higher than Sanders' disapproval rating. While there may not be much love for Sanders from Democratic party leaders, there is plenty of love outside the beltway. Sanders' consistency may have a large part to do with that, as he continues to address issues such as the wealth gap, including his recent criticism of the Securities Exchange Commission for delaying a Dodd-Frank rule requiring CEOs to disclose how much money they make in comparison to their employees.

Sanders spent Tuesday outside the U.S. Customs and Border Protection Headquarters fighting for the rights of immigrants, and sending a direct message to President Trump.

"Well, I say to Mr. Trump, ‘If you’re such a tough guy, why don’t you take on the insurance companies and the drug companies and Wall Street.’”

Sanders continues to reach out to the working class at a crucial time — 50 percent of American workers make less than $30,000 per year now — and his popularity continues to rise. It seems his message is resonating with Americans, including in West Virginia, a state he won in the Democratic primary but Trump carried in the general election. During a town hall meeting the senator discussed topics like coal, jobs, healthcare and the opioid crisis. The senator received massive applause when he proclaimed that "healthcare is a right."