Reckless and dangerous: The cynical rush to jam through a Republican health care bill

Paul Ryan wants to force a Thursday night vote on his health care bill, even as it's being desperately rewritten 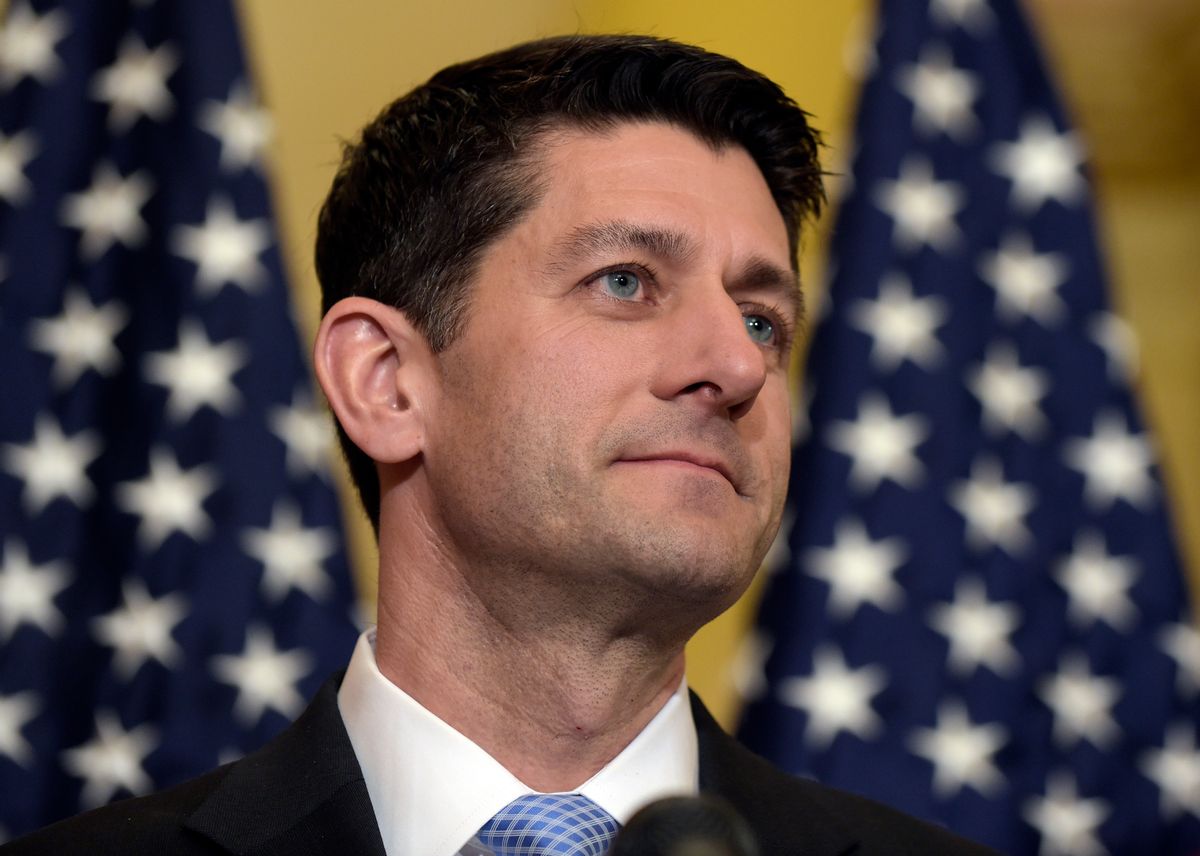 The House of Representatives is scheduled to vote on a bill to radically restructure the American health care system within a few hours of this writing. At the moment, no one knows what that legislation actually looks like. The bill in question, the American Health Care Act, has struggled to gain sufficient support to clear a party-line vote in the Republican-controlled House. So Speaker Paul Ryan and the rest of the leadership are reported to be making major rewrites on the fly in order to appease hard-line conservatives. This is all being done behind closed doors as the leadership remains committed to voting on this as-yet-unfinalized legislation on Thursday evening.

Why does the vote have to happen today? You might think there was a good reason given all the drama and urgency, but there really isn’t. The vote was scheduled for symbolic reasons. Today is the seventh anniversary of the signing of the Affordable Care Act, and Ryan wants to pass his unfinished and wildly unpopular bill so he can have a tidy little close-the-circle talking point to wrap up several years of “repeal and replace Obamacare” messaging.

It’s hard to overstate how wildly reckless this all is. President Donald Trump and the House Republican leadership are trying to ram through massive changes to the health care system without having given serious consideration to what their legislation will actually do. It’s quite literally a matter of life and death, and the overriding concern among Republican lawmakers is just to get something passed quickly.

Republicans like to cite the unintended consequences of the Affordable Care Act as one of their chief arguments for repealing the legislation. But by scheduling the American Health Care Act vote on Thursday, the GOP is underscoring how hypocritical and dangerous this whole process is. It’s the seventh anniversary of the ACA’s signing, which, if you can’t do the math at home, means that the bill had been signed into law more than a full year into Barack Obama's presidency.

It took that long for Obama and the Democratic Congress to pass the ACA because they spent a lot of time writing the legislation, holding hearings, talking to experts and negotiating details — all the procedures typically associated with big-ticket legislative items.

President Trump and Ryan are trying to replicate that feat in the second month of this new administration. They’ve condensed the entire process into a matter of weeks as the speaker has jammed the AHCA through a handful of cursory hearings. When the Congressional Budget Office finally got a chance to analyze the proposed bill (after it had already gone through two committee votes), the budget office found that the AHCA would result in 24 million fewer people with health coverage, massive premium increases for elderly individuals and huge funding cuts for Medicaid.

The response from Ryan and Trump was to plow ahead, making major alterations to the bill on the fly while adhering to the same abbreviated timeline. To try to appease hand-wringing “moderates,” the House leadership included language in the bill instructing the Senate to figure out how to give older people more generous subsidies to purchase insurance. To make recalcitrant House conservatives happy, the White House agreed to let states add work requirements for Medicaid and shift the program’s funding to block grants.

Neither of those concessions seemed to do much to drum up the needed level of support, so further alterations are reportedly on the table. These include the elimination of the Affordable Care Act’s essential health benefits — the mandate requiring health plans to cover things like maternity care, mental health benefits and so on. Putting those on the block would free up insurers to offer plans that cost next to nothing — because they cover almost nothing. As The New York Times noted, pursuing this sort of policy could result in people burning up insurance tax credits on policies that cover aromatherapy and nothing else.

If the American Health Care Act comes to the House floor on Thursday evening with some or all of these changes, this would mean legislators will vote on a bill that looks substantially different from the one Ryan unveiled just a few short weeks ago. Nobody has any real understanding about how those changes would affect coverage, the insurance markets, Medicaid or the federal budget, because the Congressional Budget Office has not had an opportunity to review any of these desperate last-minute revisions.

People’s lives and financial well-being hang in the balance, but right now the most important consideration for Republicans is fulfilling a longstanding campaign promise — that, and cutting taxes for the rich. The health of the GOP’s political agenda is of greater concern to Donald Trump and Paul Ryan than the health of actual people. Hopefully no deal will be struck and this cynical and thoroughly irresponsible legislative gambit will meet with the failure it so richly deserves.