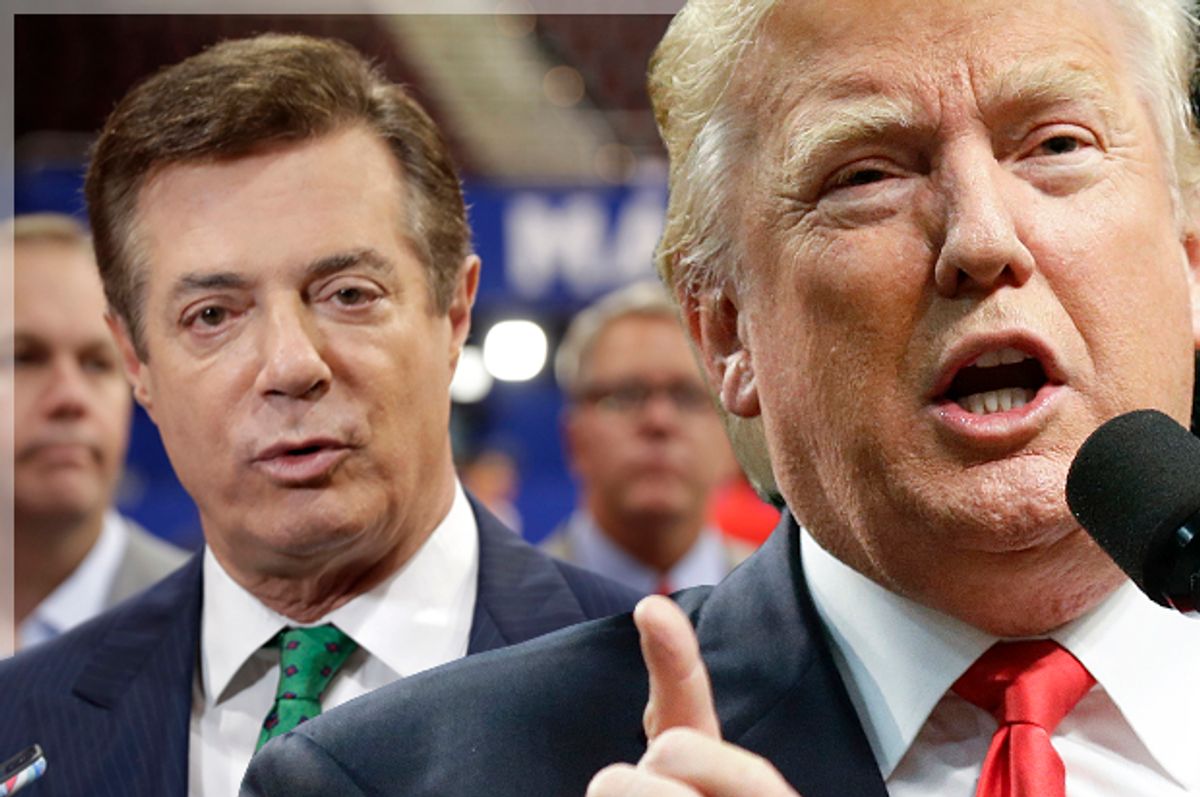 Paul Manafort helped Donald Trump secure the Republican presidential nomination but the White House insists he is just some "gentlemen who was employed by someone for five months."

The Trump administration said on Wednesday it was unaware of Manafort's work for a Russian billionaire when he was hired as campaign chairman.

In that past few days, Trump campaign staffers have strived to undervalue the role Manafort played in Trump's improbable presidential run.

During Sean Spicer's press conference on Thursday, the press secretary was asked if he could say for sure if there were other Trump "associates" who have had business dealings with foreign clients.

"The way that the term that associates is thrown around I don't know what that means," Spicer said.

"You pull out a gentlemen who was employed by someone for five months and talk about a client that he had 10 years ago," he added, clearly referring to Manafort. "No, I can't unequivocally say that nobody ever in his past who may or may not had come into contact with him, who sat next to him on the plane, who grew up with in grade school because that a lot of times is associates—"

A White House pool reporter reminded Spicer that Manafort played a far more critical role in the campaign than Trump would care to admit.

"The point that I am making is that when you use a term like associate, and you use all these subjective terms, there's a reason that you are doing it, which is because you do not have anything concrete," Spicer said. "When you throw out a vague term like that, it is a catch all."