The new American economy is literally putting us in mortal danger

Right-to-work laws and the gig economy are hurting Americans 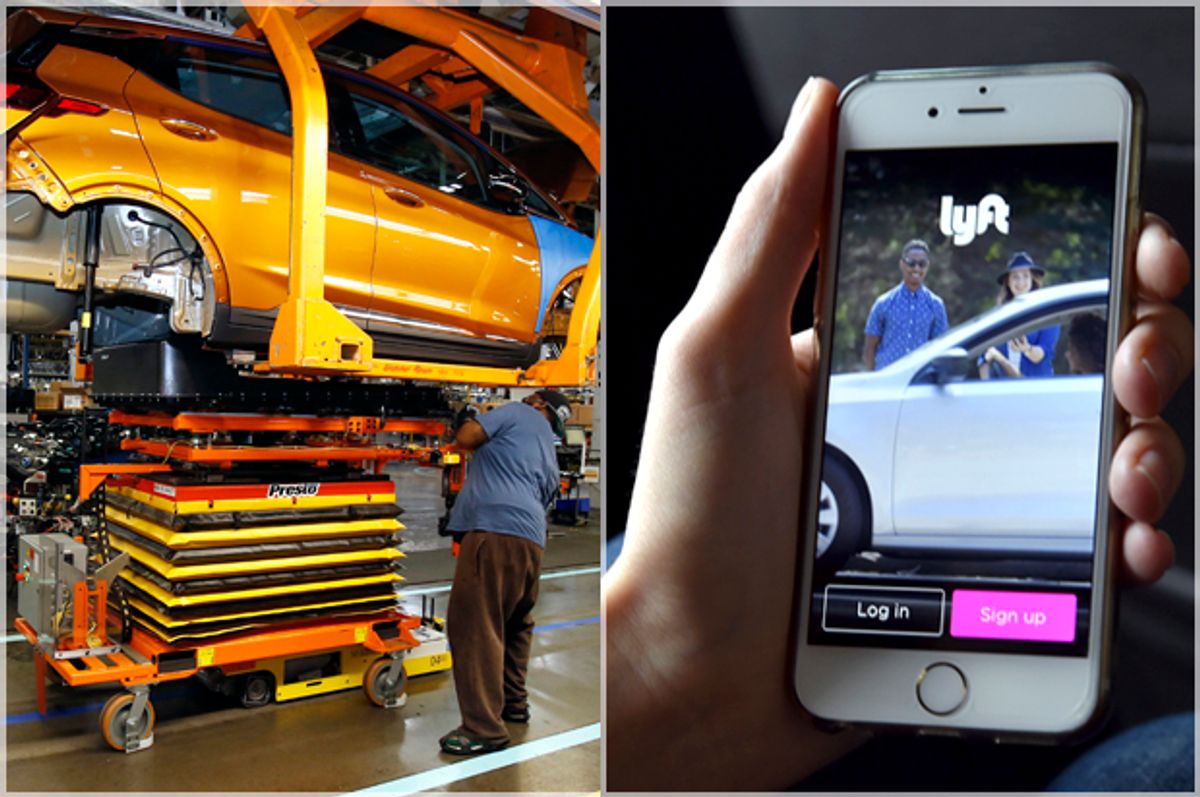 President Donald Trump has campaigned on the sentiment of "bringing back jobs" to America. He mentioned factories specifically in his inauguration speech, stating, "the jobs left and the factories closed . . . that all changes starting right here, right now."

But the price of such jobs, particularly at auto parts plants in the south "epitomizes the global economy's race to the bottom," Bloomberg writes:

Parts suppliers in the American South compete for low-margin orders against suppliers in Mexico and Asia. They promise delivery schedules they can’t possibly meet and face ruinous penalties if they fall short. Employees work ungodly hours, six or seven days a week, for months on end. Pay is low, turnover is high, training is scant, and safety is an afterthought, usually after someone is badly hurt. Many of the same woes that typify work conditions at contract manufacturers across Asia now bedevil parts plants in the South.

Common injuries at these factories include crushed and severed limbs, burning flesh and bodily contact with acid. So even if Trump does bring jobs back to this country, without a serious adjustment of the conditions that workers are expected to produce in or a priority for safety and humanity over end-of-day numbers and profits, auto industry workers will continue to be in danger.

But what about going the non-employment route and entering instead into the "gig economy?" Surely the promise of flexibility will make it easier for the American workforce? That idea isn't working out too well either.

What Lyft intended to be a charming story about an employee's commitment to the company — the pre-labor tale of nine-month pregnant Mary, who picked up a rider en route to the hospital to deliver her baby — looked more like a scene out of a horror film.

"Within the ghoulishly cheerful Lyft public-relations machinery, Mary is an exemplar of hard work and dedication . . . Or maybe Mary kept accepting riders because the gig economy has further normalized the circumstances in which earning an extra eleven dollars can feel more important than seeking out the urgent medical care that these quasi-employers do not sponsor," the New Yorker wrote.

For low-income workers across this country desperate work, the choices are whether deal with horrific conditions in nonunion shops in the south or the horrors of freelance labor everywhere else.

The famous union slogan, "an injury to one is an injury to all," seems quite prescient here.