Stem cells: amazing, but finicky. The best place to grow them could be in the near-zero gravity of low-space orbit 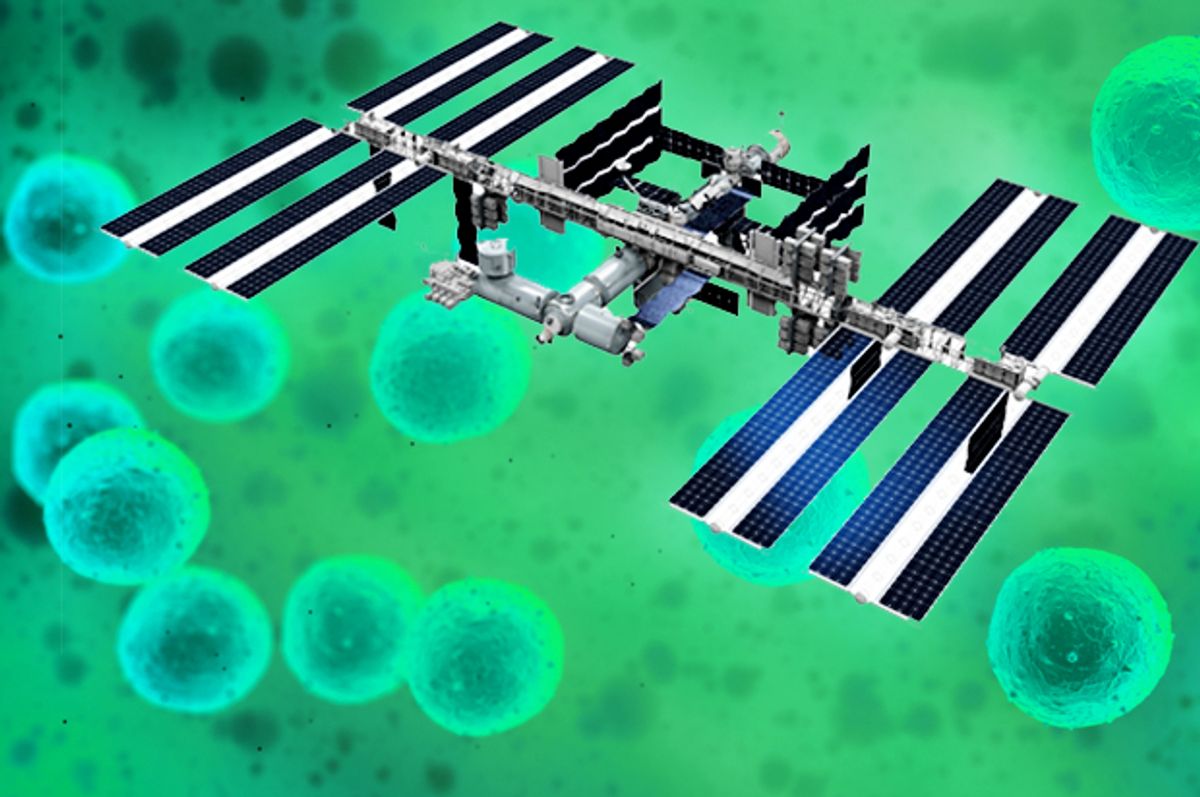 This week a very special delivery was made from space that will help further research that could eventually lead to a mind-blowing, futuristic way to cure diseases: shooting unmanned satellite wombs into orbit and then retrieving from them batches of stem cells that can be used to treat patients. Regardless of the outcome, the scientific experiment will still advance our knowledge of these unique cells.

On Thursday Dr. Abba Zubair at the Mayo Clinic in Jacksonville, Florida, received frozen stem cells grown at the International Space Station. The package was part of the 5,400 pounds of scientific samples and equipment that splashed down on Sunday off the coast of California inside a SpaceX Dragon-10 capsule completing a historic round-trip mission.

“Up there, one of the astronauts helped us to image the cells, harvest the cells and freeze them in a way that we can use them here on Earth and compare them to cells we grew here in the lab,” Zubair, the principal investigator of the stem cell experiment, told Salon.

Zubair’s team will look to see if the culture grown in the near-zero gravity of low-space orbit, about 250 miles above the Earth’s surface, results in healthier cells than ones grown in a terrestrial lab. If so then it would help confirm  the theory that microgravity, which resembles the weightless-like buoyancy of female womb, is best environment for growing stems cells.

Stem cells, from which all other types of cells originate, are the body’s raw materials, and as such offer immense potential to cure many diseases. Doctors already use stem cells for bone-marrow transplants and treating blood-related diseases like leukemia, as well as for some eye-related disorders. Researchers believe we’re only in the very early stages of developing revolutionary stem cell therapies to combat cancer, Alzheimer’s disease, Parkinson’s disease, Type 1 diabetes, heart disease and strokes. In the future, stems cell science could even lead to growing organs in a lab that can be transplanted into humans.

But stem cells are finicky. As they replicate in a lab, many of them develop imperfections and have to be discarded. It can take a month to grow the roughly 200,000 cells needed to treat one patient, Zubair said. Gravity might be the culprit.

In nature, these cells start their life after an egg is fertilized. “Humans, right from conception, develop almost in a microgravity environment,” Zubair said. “Fetuses develop in amniotic fluid. They’re buoyant, which cancels the effect of gravity because they’re suspended in a liquid. That’s how three-dimensional growth in a fluid environment is possible. We think gravity does play a role in the shape and development of the cells and how organs develop.”

In other words, if the cells are suspended in fluid, they can grow and move in any direction, producing more of them, compared with how they grow on a flat surface, like in a petri dish.

This is why stem cells are typically grown in a bioreactor, a common bioengineering tool that gently stirs water containing the seed cells and certain nutrients that promote growth. But because of the way gravity affects fluids, many of the cells become damaged and can’t be used for treatment. (In the language of physics, the problem has to do with something called shearing force.) By placing a bioreactor in the microgravity of orbit, the effects of gravity on liquid mechanics is virtually eliminated.

If growing stem cells in space proves to be efficient, that’s when things get interesting. Growing stem cells at the International Space Station is an experimental endeavor, so it’s not really a viable place to begin manufacturing them in great quantities. But theoretically, Zubair says, bioreactor satellites could be put into orbit and left there to grow cells until they’re remotely called back to Earth or sent wherever future interplanetary pilgrims wind up. As the cost of sending small satellites into low orbit falls, this system could be commercially viable.

“There are companies that are interested in developing a floating lab in space to grow not only stem cells but also tissues and organs down the road for human use — or for use elsewhere as we hopefully colonize other planets, like Mars,” Zubair said.

This might seem out of this world, but the technology for growing stem cells remotely already exists. If space is the place to grow human parts — and this research will help to determine that — then designing systems and deploying these bioreactor space wombs might not be that far off in the future.