So I'm on stage in Florida with Chris Kyle's wife Taya, wondering how I can connect with this very white audience 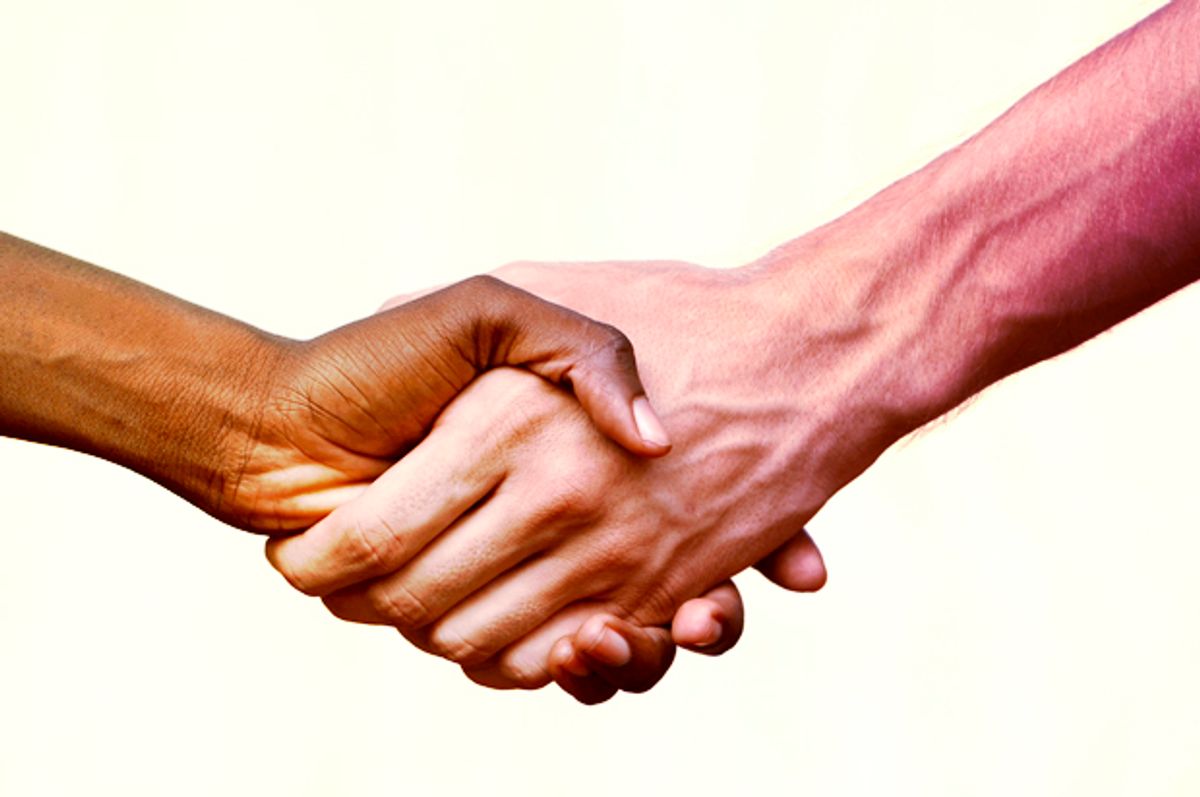 There may be hope yet for relations between white Donald Trump voters and non-Uncle Tom blacks — America may not be as divided as we think. That's what I discovered last weekend during a book tour stop at the Southwest Florida Reading Festival in Fort Myers.

I like to do my research on a place before I pull up, mainly for demographic checks, because I once made the joke that $15 apples at Whole Foods all have different names, like exotic strains of weed, in Jonesboro, Arkansas, which didn’t have a Whole Foods at the time, so it made zero sense to the audience and got zero laughs. I’m not doing that again. So, Fort Myers, the county seat of Lee County, Florida, and one of the many places that Trump dominated in the 2016 election?

“You sure they want me?” I asked my publicist. “You do know that this is a Trump town, right? And my Trump opinions are pretty well documented.”

She laughed. “They’ll love you, D. You’ll sell a ton of books and have a great time.”

Now, don’t get it twisted. I have held countless events with all types of white people — all types of liberal white people, that is. Normally, the white people at my events eat organic foods, love cardigans, own multiple pairs of Birkenstocks for the summer and winter, and they all have at least one dashiki. Some even wear locs like rastas. They march, protest, avoid gluten and quote James Baldwin. I didn’t see too many of those types of white people at the Fort Myers airport, or in the hotel lobby or at the actual festival when I checked in for my morning event, but I wasn’t really worried. The organizers were really nice, and they greeted me with open arms.

“Hey, Mr. Watkins,” an organizer said. “We are doing something new this year. Instead of you going on alone, you’ll be on a panel in conversation with Taya Kyle.”

I've heard of Taya Kyle. I saw her book, "American Wife," at the top of the New York Times bestseller list. Everyone who saw the film "American Sniper," based on the book by her late husband, Navy SEAL Chris Kyle, saw a portrayal of part of her life, too.

I hadn't met her before, and I didn’t get a chance to read her book first on such short notice, but I thought it would make for an interesting conversation.

I did my homework. She’s a white woman and I’m a black man. Her family is famously aligned with the military and celebrated for it by people in every inch of the country; I'm an ex-street guy celebrated in like three neighborhoods. She contributes to Fox News, I’ve never returned a call from Fox News, and have made most of appearances on CNN and MSNBC. Kyle endorsed Rick Perry for president. I wouldn’t even let Rick Perry run my errands, let alone my country. The list of our differences goes on.

Kyle walked in, and apparently she had done her homework, too. Instantly after saying hello, she acknowledged the death of my brother and said that she hadn't gotten a chance to read my book yet as she also didn’t know that we’d be sharing a panel. I said it was cool, and we put together a quick game plan. We were escorted to the stage by a black cop wearing a custom-woven gun belt­­ who was tickled to meet Taya Kyle.

The stage was close to the crowd, which was mostly white and dressed in American flag apparel. There were even a few Make America Great Again hats scattered around the audience full of Alex Jones clones with a few Kellyannes sprinkled among them. Again, clearly not my crowd.

When we sat down around the table on the stage, there was a copy of Taya’s book on display, but no copy of mine. “Where’s your book, D.?" she asked.

“You have to be ready, D.,” she instructed. Then she took her book down so it wouldn’t look like she was the only featured author. I told her she didn’t have to, but she insisted.

The moderator opened with questions about writing about the loss of close family members, which spiraled into a conversation about love, family and quality of life. Taya shared those human moments about her relationship with her husband, and I talked about the gems of wisdom I learned from my brother. Suddenly her audience became my audience, too, because our stories were bigger than color, political endorsements and ideologies. We were identifying those universal truths that connect us all. Yes, Taya Kyle and I might as well be from two different planets within the same country; however, we both know what’s like to lose the people who meant the world to us and how important it is to share those stories.

Taya Kyle was exceptionally skilled at explaining how to endure a tough loss, and how to share an experience like hers with others and use that journey to empower yourself and others, and even learn to love again. That's what I try to do on the road in front of different audiences almost every week, too.

I pulled the microphone close.

“You know, for most of our lives, people are telling us that we are so different," I said. "But at the core, I think we all want the same things, like happiness, success, love and the ability to make our families proud. It’s that simple.”

“You can look at me tell I’d never vote for a person like Trump, right?”

“So yeah, we have our differences. But I bet we all love ice cream!”

Everyone laughed again and clapped. Taya and I congratulated each other and made our way to the signing table. Her line wrapped around the block, and I had two people waiting without books.

“We wanted to get copies of your book,” a round man in a red Trump hat said. “But the store said there was a mistake with the order.”

I could’ve exploded, and maybe I did on the inside. But in the process I learned a valuable lesson, one that is more important than book sales, about the power of proximity. So many people dislike those from other groups because they never spend time with them. I saw hardly any black faces during the event, which lasted a whole weekend. How can conservative white people possibly understand African-American culture with media outlets like Fox News, The Blaze and InfoWars as their only guides? They might not know any real black people.

I bet that a lot of the people in the room heard my story and now have an expanded perspective, just as I gained a higher level of understanding by listening to Taya. I’ll still never vote for Donald Trump or watch Fox News, but I’m willing to listen to people on the other side of the aisle in real interactions. If we spent more time together, we would better be able to recognize our similarities, along with how connected we really are, and create a more meaningful shared American experience. So yeah, there’s hope.