Not for the "clean eating" crowd: Jim Harrison's "A Really Big Lunch" is a blueprint for eating for pleasure 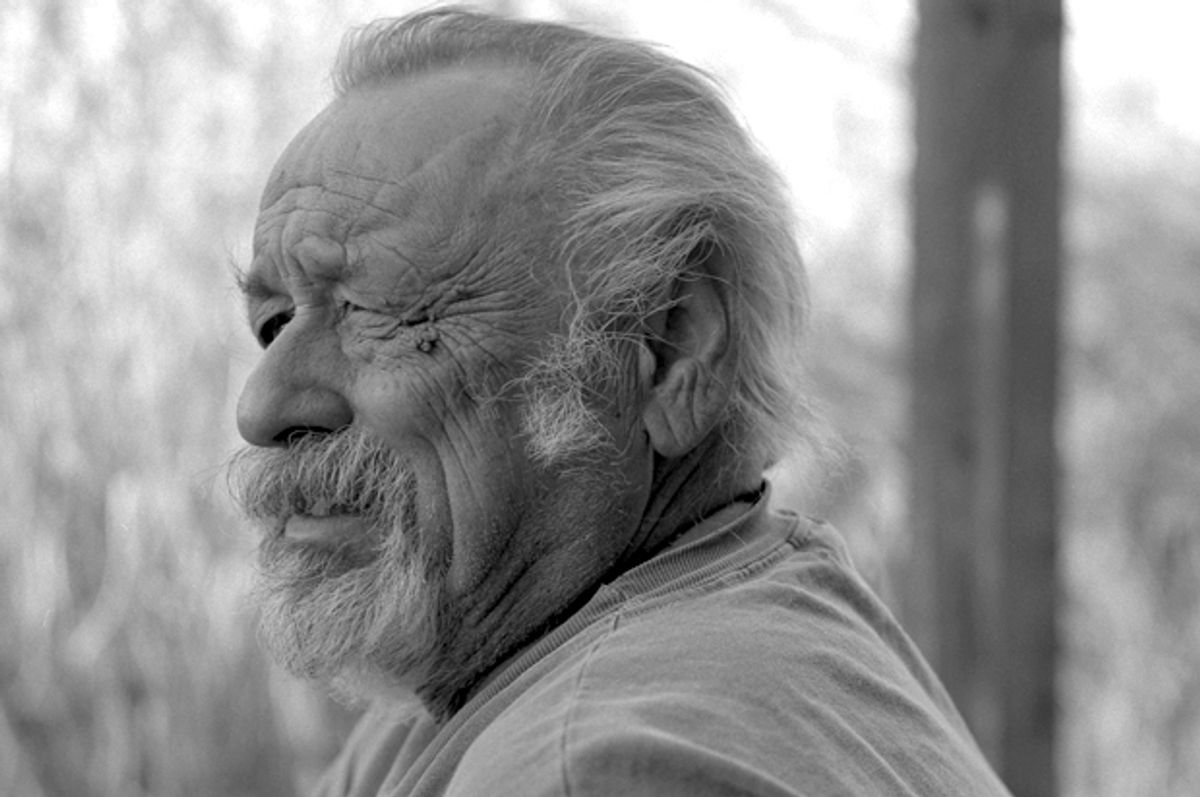 One of the most crucial inquiries of cultural criticism relates to the proximity between art and experience. David Foster Wallace discovered inspiration for his first novel, reportedly, when his then girlfriend accused him of behaving like a character in a fictional story. “This is life, not literature,” she chided, to which he replied, “What’s the difference?” Does art imitate life or does life imitate art is the more clichéd way of framing the question, but it remains thornier than most people assume to determine whether or not the ecstasies and agonies of lived experience are actually replicable or even more intense in artistic depiction, representation or presentation of those experiences.

The late Jim Harrison, a poet, novelist and essayist who deserves recognition as one of America’s greatest writers, seemed to have dedicated his entire life to exploring the relationship between art and life, often undermining himself in an advertisement of the writer’s insufficiencies. In the newest collection of Harrison's essays, "A Really Big Lunch: Meditations on Food and Life from the Roving Gourmand," the first posthumous release of his work, Harrison asks, “Would you rather read 'The Joy of Sex' or play Parcheesi with Penelope Cruz in Collioure?”

To anyone with a pulse, that might end the conversation, but Harrison contradicts himself. In the same essay, he writes, “Drinking wine is beyond the vagaries of language, and finds its essence, like sex, totally within the senses.” The existence of "A Really Big Lunch" is evidence of a man who spent enough time over the course of a life writing about food and wine to create a 300-page book. Language, especially in the hands of a master like Harrison, can contribute something to sensuality. Perhaps, it can help to frame our appreciation of experience, it can help us establish a target for the experiences we desire, or it can help sharpen our perception of experience.

Like any great poet and novelist, Harrison created literature that explored the varieties of experience, often doing so with a profound combination of sensuous gusto, most especially with his recurring, picaresque hero Brown Dog, and inescapable melancholy, such as in his final collection of novellas, "The Ancient Minstrel."

In "A Really Big Lunch," Harrison directly addresses some of his favorite topics, dropping much of the lyricism from his prose, to write at his most fun. Like a discoverer with the pirate flag flying from his mast, he is excited to share the secrets of his loot. Even when he is operating in full wine snob mode, he is a joy to read. Recalling his reaction to a cheap, California white wine a bookstore proprietor gave him before a reading, he writes, “This might be good on pancakes if you were in the wilderness.”

The intimacy and enthusiasm of Harrison’s food correspondent style makes reading "A Really Big Lunch" feel like sitting at a table during a really big lunch with the best, and smartest, and most entertaining of friends. Devouring each essay made me hungry for the fish and beef dishes Harrison describes with, what he calls the “entire reservoir of affection,” and it made me thirst for a delectable, dry wine out of the fields of France. It also enlarged my appetite for literature, pushing me back to my favorite poems and passages of Harrison’s invention.

No one could argue that reading "The Joy of Sex" could substitute for Parcheesi with Penelope, or that reading Harrison’s most enjoyable description of a Spanish chicken dinner dish with the “sacrament” of Tabasco is a replacement for actually tasting it. There is an important accomplishment of the avidity with which Harrison advocates pleasure, exploration and bodily adventure. He strikes solidly against the Puritanism that has so long tortured the West, and particularly poisoned America. By doing his best to bridge the distance between thoughts of pleasure and feelings of pleasure, he almost creates a new value system in the readers who take him seriously.

One of the many moments I realized I have an amazing mother was when, to celebrate the publication of my first book, she researched Harrison’s favorite wine, and bought a bottle of Bordeaux from the same make and as close to Harrison’s preferred year that she could find, for our enjoyment. On the subject of wine, Harrison asks if we can “politicize” it, and answers in the affirmative. He then recalls waking up the morning after George W. Bush’s reelection, hung over and still half drunk, bottles of wine scattered around his sofa.

“You can’t talk about wine without the context in which it exists, like life herself,” he insists. Those who seek to limit pleasure -- both of the flesh and imagination -- become his political enemies. “It has occurred to me that if Christianity offered a six ounce glass of solid French red for communion,” Harrison writes as amateur theologian, “churches would be happier and consequently more spiritual places.”

The key word in that sentence is “consequently.” The happy life is the spiritual life. Martyrdom is not of any interest, and holds no appeal, to the man or woman with a voracious appetite, and throughout "A Really Big Lunch," Harrison not only advertises his appetite, he employs it as criterion for evaluating ideas and institutions. He had an immediate fondness for Bill Clinton after learning that he ate two French dinners in one night, but knew Nixon was untrustworthy after learning that he enjoyed, as a snack, cottage cheese and ketchup.

When considering the conflict between “Catholic-Protestant silliness” and the “Sunni-Shiite quarrel,” he asks, “Who wants to become yet another conscript in someone else’s world of limited ideas?

Harrison reaches into his memory file to pull out a gem from “a wonderful local Mexican restaurant called Las Virgas” – “We began the meal with a shot of Herradura tequila, Pacifico beer, and an ample bowl of chicharrones which, of course, are deep-fried intestines, after which we had a plate of machaca and beans. We also had a couple of divine mariachi singers who had a dulcet effect on the crowd, singing their melancholy plaints about love and death which neutralized any strident effects of the beer.”

After hundreds of pages of similar descriptions, it is easy to believe Harrison, and appreciate him all the more, when he declares, “I’m simply not the sort of guy who throws himself on a live grenade to save the lives of his buddies. Think of the tombstone inscription: ‘His guts were blown out so that others may live.’” "A Really Big Lunch," in an American context, is almost a radical manifesto for Epicurean hedonism; an argument for a feast, in every sense, against the teetotalers bragging about the length of their hunger strike.

It is rather obvious that to Harrison meals were metaphorical for life itself, and the “really big lunch” is the entirety of our experience. Whether or not the finest of writing can approximate parts of that experience remains a mystery, but if even the best of writers can only hope to fail, Harrison failed better than most. He manages to convince, with nearly every sentence, that the worst sin and most offensive crime is to leave anything left on the plate when it is time to leave the table.

The pursuit of happiness requires sustenance, commitment and flashes of joy that allow for continuation even in times of trouble. Jim Harrison once remarked that people should read “more for strength than pleasure.” After spending some time with his new collection, I have to ask: Why not both?