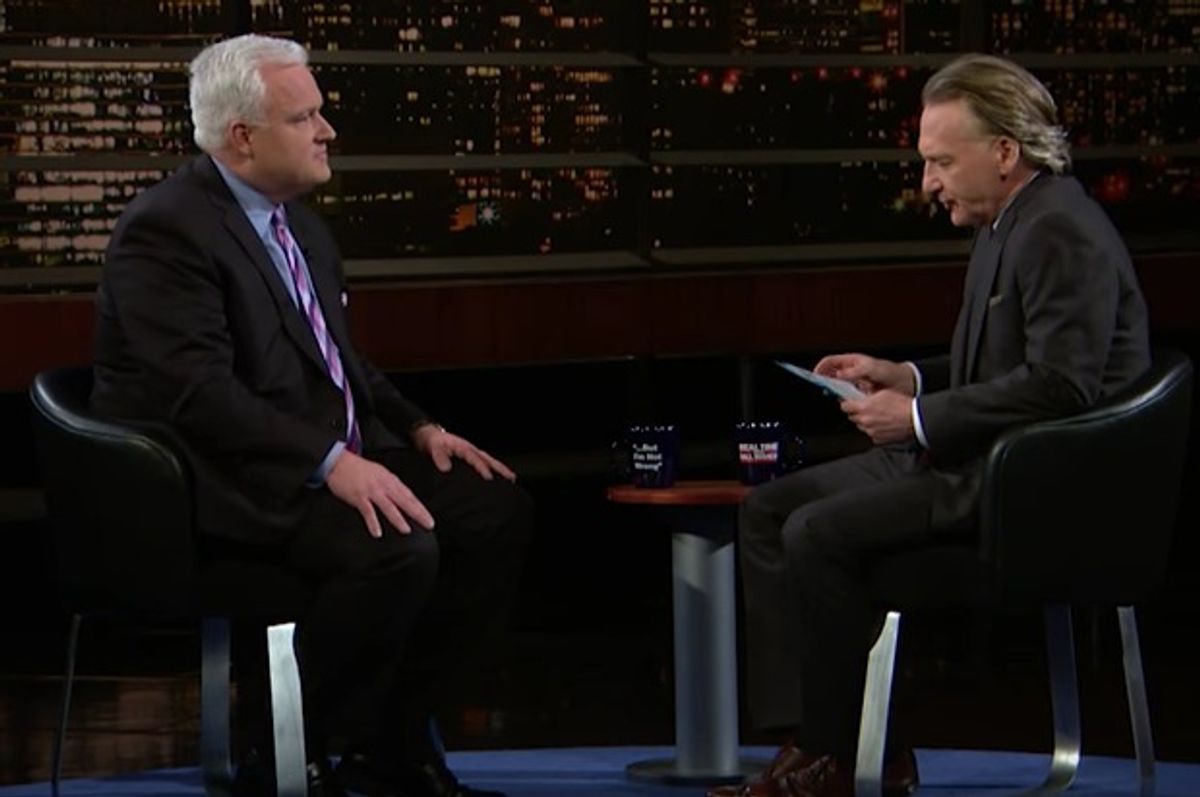 Schlapp was the first guest at the top of the show, and Maher started in by attempting to "make a friend", saying Schlapp and he were kindred, and that Maher had been in similar situations being unpopular in a places where "the audience is not with you", as well. "When?" joked Schlapp, "At church?"

Maher then tried several times to make Schlapp admit that President Donald Trump has a problem with truth-telling. Mentioning Trump’s claims of voter fraud and more recent allegations of Obama wiretapping, Maher asked if this was a different level of lying. Maher then referred to Trump's promises that he would repeal and replace Obamacare in 64 days, even though today the president denied saying this. “How is that not a lie?”, he wondered.

Brushing over Maher's objections to Trump's conduct, Schlapp suggested that Health and Human Services Secretary Tom Price “can make big changes to the health care system”, giving Trump a pass in the process and insisting the president had not really meant such a short time table for reform was possible.

Still looking for holes, Maher also asked Schlapp about treason. Would it be treasonous if there connections to Russia, and collusion on certain fronts, were verified? It is “probably treasonous,” replied Schlapp.  In a frequent comparison since the election, Maher suggested that had Hillary Clinton be in the midst of such investigations, there would be no question as to her guilt - from the perspective of the administration.