Americans used to be just ignorant about Muslims and the Middle East. Now we're also fearful, stupid and wrong

By Steven A. Cook - Michael Brooks 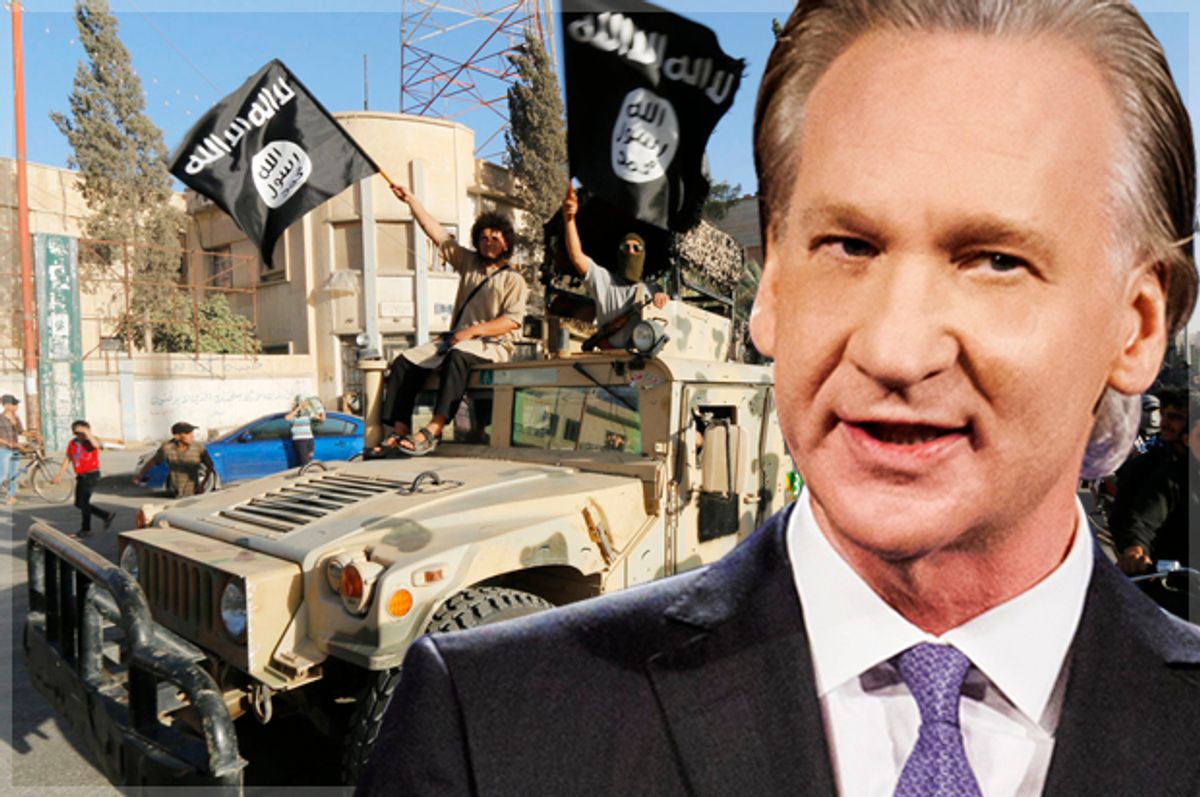 Last Sunday was the 14th anniversary of the American invasion of Iraq. Given the outcome of Operation Iraqi Freedom, the milestone passed almost completely without comment among the many who led the charge to Baghdad in 2003. There are soldiers of all ranks who went into battle carrying copies of Ibn Khaldun’s "The Muqaddimah," Hans Wehr’s Arabic-English Dictionary and other works that might help explain the land and region to which they were ostensibly bringing liberty. Many of these honorable men and women are wiser and more in touch today with the history, politics and culture of the Middle East than when the invasion order came. The same cannot be said for America’s political leaders or Americans more generally.

Prior to Operation Iraqi Freedom, and certainly before the attacks on New York and Washington in September 2001, Americans lived mostly in ignorance of the Middle East. All these years later they remain ignorant but in a different way. Previously, Americans had simply been uninformed about the region. What little they knew tended to be shaped by the conflict between Israelis and Palestinians, the fading memory of the Iranian hostage crisis and the brief Persian Gulf War of 1991 to reverse Iraqi strongman Saddam Hussein’s annexation of Kuwait.

Today Americans remain ignorant about the Middle East not because they are unaware of the region, but because they are poorly educated about it. It was not long after the Twin Towers fell and the smoldering fire at the Pentagon was extinguished that terms like jihad, Salafi, Wahhabi, madrassa and al-Qaida became part of the American political lexicon. It seemed that anyone who had attained the rank of colonel, or could claim (legitimately or otherwise) onetime employment at the CIA, or was a columnist who had visited an Arab country once or twice was booked on television to shed light on “why they hate us.” To be fair, this reflected a surge of genuine interest in the Middle East. Suddenly, university Arabic classes were oversubscribed, and books about the region that once reached tiny audiences did very well.

As 9/11 became a distant memory and the Iraqi venture became a disaster, the laudable desire to learn more about the Middle East seemed to fall off even as the casualties returning home continued at a steady pace. Yet in ways the region continued to be an obsession — not just for policymakers and foreign policy analysts, but also for a network of groups and individuals that fostered mistrust and fear of Middle Easterners in general and Muslims in particular.

People like Frank Gaffney, Brigitte Gabriel, Pamela Geller and Robert Spencer had long been fringe figures in American public discourse. But their dogged efforts to brand Islam a hostile political ideology and characterize Muslims as a fifth column in the United States paid off in a variety of ways that reinforced one another. The controversy over the “ground zero mosque” in lower Manhattan is instructive in this regard. Such people were able to inject their Islamophobic worldview into the reporting on the debate over the “mosque” — actually a community center with a prayer room — which then wended its way into political spheres where these ideas became increasingly more mainstream. While figures on the far right and the emerging alt-right may have been responsible for propagating Islamophobia, liberal punditry and pop culture also gave it wider currency.

Consider, for example, comedian and TV host Bill Maher. His Islamophobia is well-known. There are endless examples to pick from when it comes to Maher’s anti-Muslim sentiments, but he outdid himself in an October 2010 episode of "Real Time with Bill Maher," his talk show on HBO. Maher confessed that he was afraid that so many babies with the name Muhammad were being born in Western countries. Addressing his panel, Maher asked, “Am I a racist to feel alarmed by that? Because I am. And it’s not because of the race; it’s because of the religion. I don’t have to apologize, do I, for not wanting the Western world to be taken over by Islam in 300 years?”

His panel was unimpressed. Reihan Salam — who is now the executive editor of the National Review — rejected Maher’s bigotry, offering that he “has some uncles named Muhammad” who are “pretty decent guys.” It was a clever and subtle takedown. Salam was not alone, however. Separately, Fareed Zakaria and Ben Affleck have very publicly taken Maher to task for his Islamophobia, but he remains unchastened. If anything, it seems that that the election of Donald Trump has fueled Maher’s obsessive concern about the “threat” of Islam, which influences his left-leaning audience, no matter how much distaste they feel for the president.

In retrospect, Maher’s bigoted statement is all the more striking because it foreshadowed recent comments by Rep. Steve King, R-Iowa, who declared that Western civilization cannot be saved by “other people’s babies.” Both Maher on the left and King — who is a white nationalist — on the right share a creepy obsession with birth rates and what alt-right racists sometimes describe as "white genocide." It is not hard to imagine that Maher, whose show is watched by almost 2 million people weekly, aligning with King when it comes to banning Muslims from the United States.

Maher is not an outlier, however, as the author Jack Shaheen meticulously documented in a number of works, including his 2001 book "Reel Bad Arabs" and "Guilty: Hollywood’s Verdict on Arabs After 9/11," published in 2008. It has only become worse since then, with television shows like "24" and "Homeland." There is so much wrong with "Homeland" that it is hard to know where to start, but the popular Showtime series, whose producers brand it as a sophisticated thriller, makes basic mistakes about Islam and Muslims. The terrorists depicted in "Homeland" are not the ranting and raving lunatics of the Libyans in "Back to the Future" but rather are a nod to the current Zeitgeist’s popular conception of Osama bin Laden: coolheaded masterminds with an oversupply of cunning and slickness. There are few, if any, representations of Muslims in the media that do not conjure images of violence and hostility to the West.

Then there are memoirs like "Not Without My Daughter," which was adapted into a 1991 movie of the same name starring Sally Field. It chronicles Betty Mahmoody’s story of marrying a vindictive and abusive Iranian man who kidnapped her daughter, inside Tehran. Mahmoody’s story was frightening, but there are plenty of cruel or crazy husbands who happen to be Christians or Jews.  Why not movies about them? This is not to suggest that Hollywood consciously sets out to besmirch Islam, but rather that films like "Not Without My Daughter" reflect a popular Zeitgeist that the movie reinforces.

Ayaan Hirsi Ali, a Somali-born Dutch-American critic of Islam, has garnered significant acclaim in the United States with her own firsthand accounts of violence that Muslim men have inflicted upon her. Hers is a heartbreaking and important story about the abuse of women that some people have sought to justify through religion. But what makes Ali's work problematic is the fact that it has been taken by many individuals, including Maher, as a thorough representation of Islam and the Muslim world. It is no wonder, then, that the bizarre notion that Islam is a political ideology rather than a religion has gained traction in the United States.

For all the political, diplomatic and military ties between the United States and countries in the Middle East, in addition to the hundreds of thousands of U.S. citizens who have lived, worked and studied in the region over many years, Americans continue to allow fear to shape their views of the Middle East and Islam. How could a region with more than 300 million people be reduced to simplistic notions about alleged affinities to authoritarianism, violence and misogyny? It seems absurd to offer generalizations about a region so rich in different cultures, histories, politics and, yes, religious practices. The United States will never get beyond its tragic encounter with the Middle East so long as people like Bill Maher play an important role in framing the terms of debate.

Michael Brooks is a co-host of the award-winning independent political talk show "The Majority Report" and co-host of the trends and business podcast "2 Dope Boys & a Podcast."