Smart cities need smart cars: In the future, your car will be able to “see” through buildings

Thanks to V2X technology, connected cars will soon be able to tell you what lies way ahead or around the corner 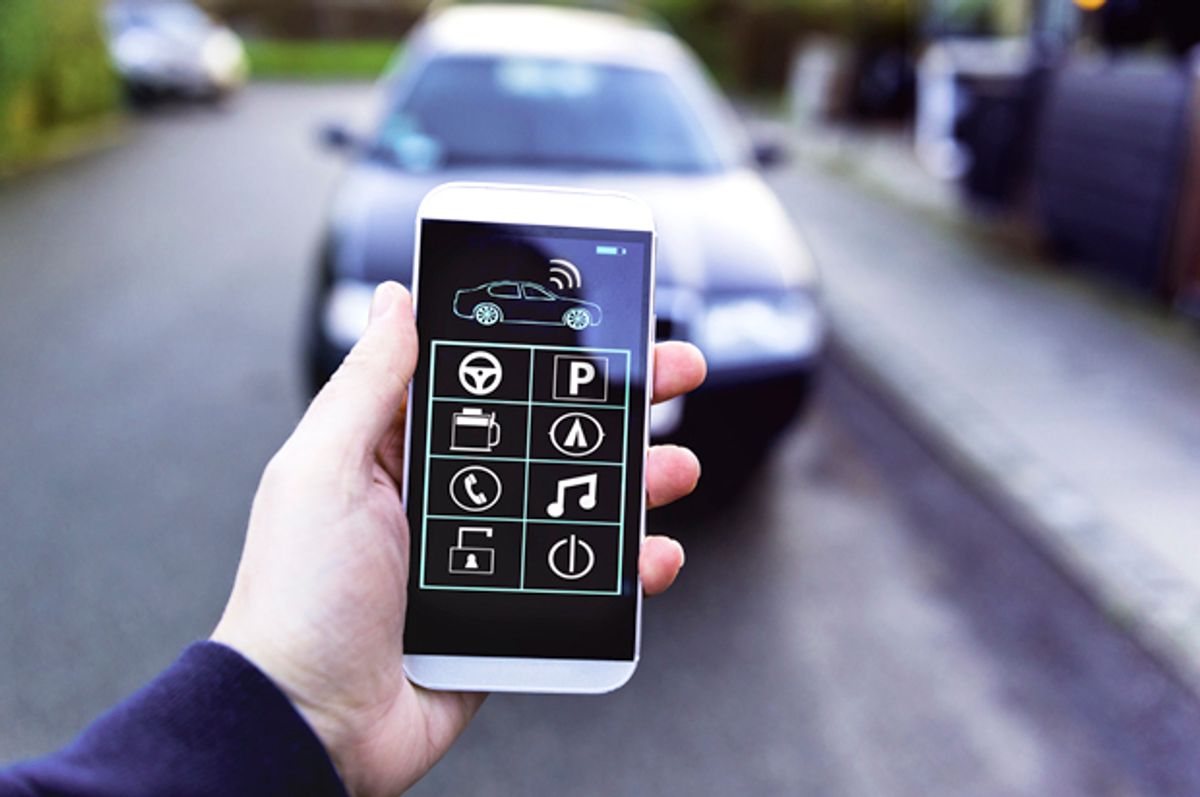 Automotive technology is evolving so fast these days that it’s difficult to predict the features vehicles will have by the end of the next decade. But we do know that wireless connectivity will play a much more important role than it does now, primarily offering passengers an internet connection and GPS navigation. Whether it’s the cars we drive or cars that drive us, these vehicles will be much more aware of their surroundings than today’s most technologically tricked-out Tesla or high-end Mercedes Benz.

This next exciting wave of automotive technology was recently exhibited in a boring used minivan driven by Faroog Ibrahim, executive director of advanced driver assistance systems at Savari, one of a growing number of Silicon Valley-based automotive-focused companies and startups.

During the exhibition in Las Vegas at the annual Consumer Electronics Show in January, the van retrofitted with Savari hardware communicated with a transmitter attached to a stoplight in the distance. From a tablet inside the vehicle, Ibrahim could see how many seconds were left before the light would change. The wireless sensor also detected a mobile phone signal of a company engineer who pretended to be an inattentive pedestrian, and the tablet lit up to warn Ibrahim of a potential collision.

Today many cars use radar for collision avoidance, and self-driving cars rely on cameras, radars and lidars (highly precise light-based sensors) to navigate their routes. But this small demonstration in Las Vegas showed the power that wireless technology has to provide vehicles with yet another set of “eyes” that can detect objects much further away even if they’re blocked from view. This technology can help drivers and self-driving cars to not only avoid collisions but also send and receive all kinds of data to help smooth the flow of traffic and conserve fuel.

In the U.S., the Department of Transportation issued an advance rule in December to eventually mandate that all new cars come equipped with vehicle-to-vehicle, or V2V, wireless transmitters as a new standard safety feature to avoid collisions. If the standard is applied, it would speed up the number of cars on the road equipped with the technology that could support V2X.

Salon spoke recently to Savari’s co-founder and CEO Ravi Puvvala about the role V2X communication will play in the future of mobility.

How does V2X technology work?

There are a lot of sensors being integrated into cars, like cameras and radars. The automotive industry has been looking at using Wi-Fi and cellular radio technology as another sensor. V2X is the use of radio technology in cars for the purposes of active safety. It can communicate with anything around it.

Today’s cars, just like cell phones, have Wi-Fi and cellular radios. But traditionally they have been used to enable connectivity. If you want a hot spot in the car you use the Wi-Fi or the cellular radio. These can also be used for crash-avoidance.

Among the limitations of the camera and radar sensors is that they rely on line of sight. Take for example at an intersection: These camera and radar sensors need to see the car before they can predict the possibility of an accident. But when you use Wi-Fi or cellular radio to communicate between two connected cars from around a corner, for example, they are able to get enough information about each car’s position and route ahead of time to avoid collision.

It sounds like the cars with these transmitters have kind of “X-ray vision,” able to sense each other’s presence through a building or other visual obstruction.

Correct. Think of how cellular phones work. You receive the wireless signal in and through buildings. The other sensors must have line of sight. That’s where V2X technology is useful. It fills a need in situations where the other sensors don’t work. Another advantage V2X has over other sensors is range. Cellular and Wi-Fi radios have a much larger range, allowing them to send and receive data much further ahead of time. The other sensors have a range of about 15 meters [about 50 feet] to 75 meters [about 250 feet].

The term “Vehicle to Everything” suggests that we’re not just talking about a way for cars to “talk” to each other.

Correct. For example, one of the difficulties that autonomous cars have is looking at traffic lights. Depending on the weather conditions, the cameras can have a hard time reading the traffic signal. But if you are able to have this traffic light “talk” to the car, that gives you better information than what a camera can perceive and tell you.

The traffic light is also better able to control traffic, and the car’s speed can be precisely controlled to the timing of the traffic lights. We’ve calculated that you can get up to 18 percent fuel savings by having this vast connected infrastructure of traffic lights because they can deliver optimal speed advisories [transmitting data to optimize speed in order to reduce idling, which wastes fuel].

Likewise we have mechanisms today that can identify where road construction is happening [through GPS], but there’s no good way to determine in real time how long a traffic delay will be as you travel through a construction zone. Having connected infrastructure makes our roadways smart, optimizing traffic flow and reducing fuel consumption.

Much of the discussion around “smart” cities has to do with the flow of traffic. How do we eliminate traffic congestion and accidents in densely populated areas?

We want all of the cars in the city to have what we call 360-degree awareness. We are trying to equip the cars with more information about the driving environment and the ability to remember the information to make smarter decisions. This is why I use the term “automated infrastructure.” You could see this as the difference between an autonomous car and an automated vehicle. The autonomous car makes all decisions locally while an “automated vehicle” is a car that is interacting with everything around it in real time and it’s making smarter decisions because it’s connected to a larger network.