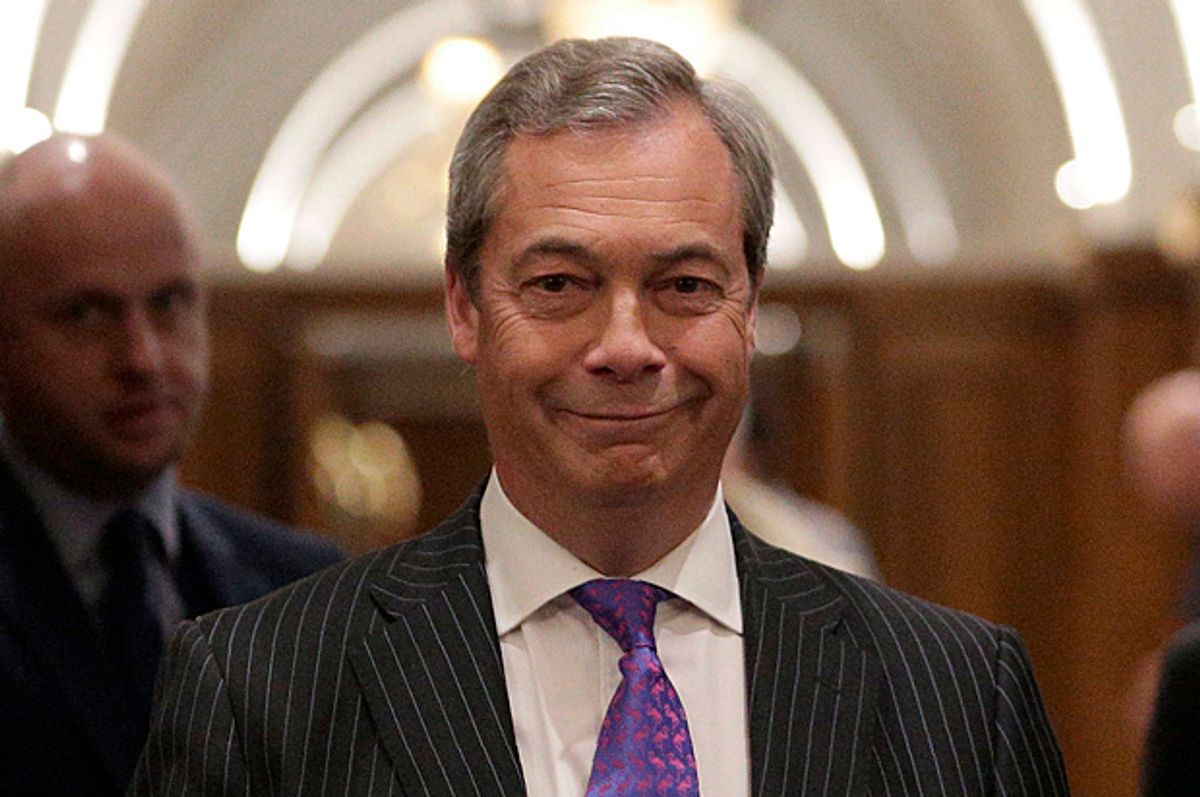 This effort is one of several “CalExit” proposals that have been floated since the 2016 presidential election, in which Democrat Hillary Clinton won the national popular vote by nearly 3 million votes but still managed to lose by a lopsided margin in the Electoral College.

Farage and his finance partner Arron Banks have reportedly been recruited by Republican operatives Scott Baugh and Gerry Gunster to help raise money to fund the drive to get more than 500,000 signatures from around the state in order to put the proposal before voters on California’s 2018 ballot.

According to UK Daily Mail, the British duo raised around $1 million on a recent trip to California, primarily from technology entrepreneurs and agriculture.

Banks told the paper the campaign would use the same impulse that propelled the Brexit campaign to victory: “It would be portrayed as the Hollywood elites versus the people, breaking up the bad government. Seventy-eight per cent of people in California are unhappy with their government. It's the world's sixth-largest economy and it's very badly run.”

There have been several unsuccessful efforts to subdivide California into different states. Another one, which is actually backed by the government of Russia, is trying to appeal to liberal Golden Staters to get them to secede from the United States entirely.

“This has been done before with West Virginia and Virginia and North and South Dakota, so it can work,” a Farage spokesman told the Daily Mail.

West Virginia split from Virginia during the Civil War after the larger state had seceded from the union. The breakaway counties of the state were officially recognized by the U.S. government as a state in 1863.

North and South Dakota, however, were never part of the same state. Maine was part of Massachusetts until 1820, when it was admitted to the union as part of the famous Missouri Compromise.

If California voters were to decide to split the state in two -- which is widely perceived as unlikely -- that might help persuade Republicans to give residents of the District of Columbia full constitutional rights as a state. At present, the nation's capital has one member of the House of Representatives who can only vote on committee or procedural matters, but no representation in the U.S. Senate.

Full statehood for D.C. would almost certainly mean two new Democratic senators, but those could hypothetically be balanced out by two new Republicans from the conservative-leaning state carved out of inland California.