Sen. Charles Schumer says he's open to the idea, if the GOP is willing to compromise, too 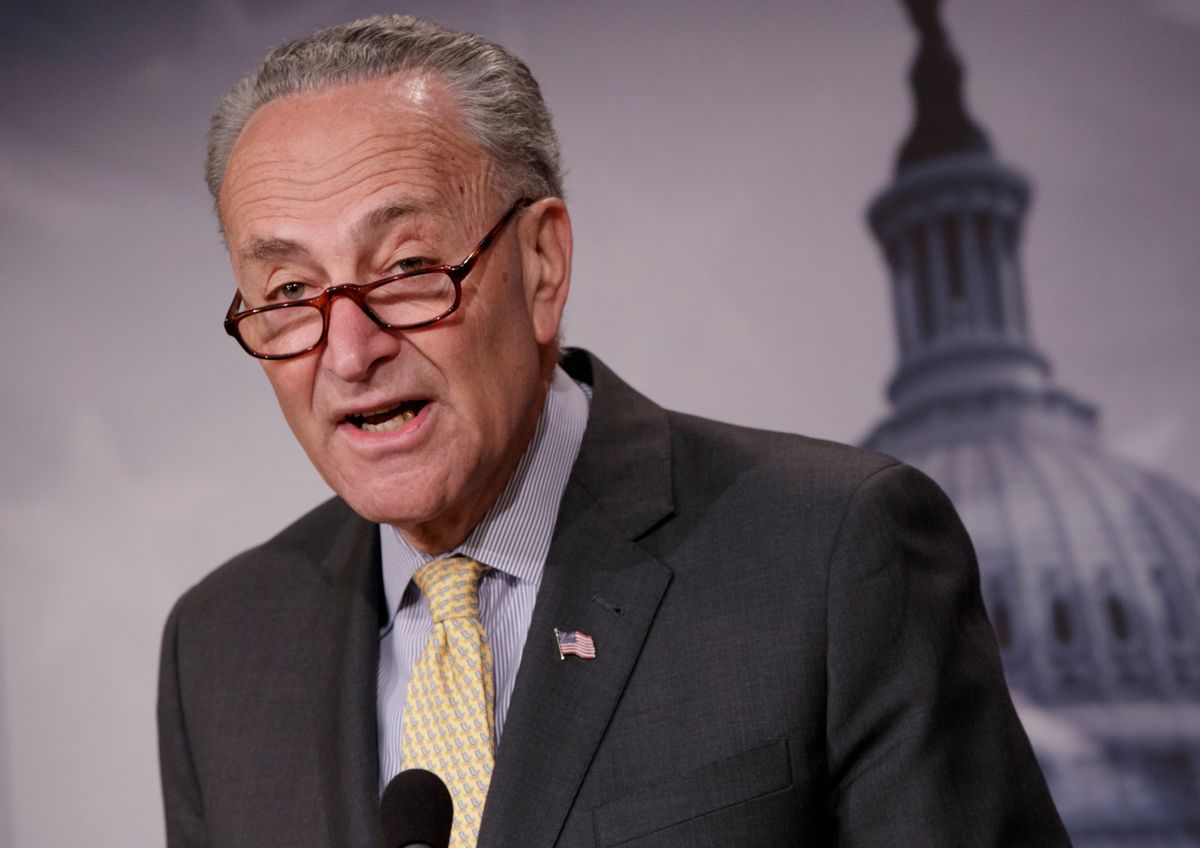 Privately, as Salon reported on Friday, many high-ranking Trump aides are eager to exact revenge against the House Freedom Caucus, a group of about three dozen Republicans from safe districts who have persistently tried to make the hundreds of other GOP members of Congress dance to their tune.

Some of the retribution has already started. A political action committee controlled by Speaker of the House Paul Ryan cut off funds on Friday from David Young, a somewhat centrist Iowa Republican who refused to back the bill. He was among several GOP members in competitive districts who declined to support the American Health Care Act after the House leadership inserted into it a number of unpopular provisions at the behest of Freedom Caucus members.

Among the changes sought by the far-right group of Republicans were removing the federal requirement that insurance agencies allow adults 26 years of age to remain on their parents’ policies. It also wanted to let insurance firms discriminate against customers based on their pre-existing health conditions. The White House refused to make these modifications, likely in part because they would have removed some of the most popular provisions of Obamacare. By Friday public approval of the AHCA stood at about 17 percent in favor it.

On Sunday Trump gave voice to the frustrations of his staffers as he lashed out on Twitter at the Freedom Caucus, claiming that the House members had cooperated with two right-wing interest groups in unwittingly helping Democrats preserve the Affordable Care Act:

“Democrats are smiling in D.C. that the Freedom Caucus, with the help of Club For Growth and Heritage, have saved Planned Parenthood & Ocare!”

Trump’s tweet was the talk of all the Sunday political interview television shows as top Democrats and Republicans were asked about the prospect of the president working with Democrats instead of far-right Republicans.

In an interview on “Fox News Sunday,” White House chief of staff Reince Priebus said he approved of Trump’s words “100 percent” and if some Republicans couldn’t get behind the idea of ensuring Americans “don’t get left behind,” then the Trump administration would be willing to work with Democrats to bring about health care reform.

“It's time for our folks to come together, and I also think it's time to potentially get a few moderate Democrats on board as well,” White House chief of staff Reince Priebus said during a “Fox News Sunday” interview.

On ABC’s “This Week,” Charles Schumer, the leader of the Senate’s Democratic caucus, said he was willing to work with Republicans to make modifications to the Affordable Care Act, provided that they stopped trying to get rid of the law entirely.

“As long as they say no more repeal,” he told interviewer George Stephanopoulos. “Stop undermining ACA. And we'll work with them.”

Continuing his discussion of Obamacare, the New York senator added that Democrats “never said it was perfect.”

He also cautioned the Trump Administration from utilizing administrative authority to undermine the Affordable Care Act.

“The job of the president is to make Americans' lives better. And if he, out of anger or vengeance or whatever, starts undermining ACA, it's going backfire on him because he's the president and the American people know he's in charge and they want him to make things better.”

Publicly, the Freedom Caucus continues to stick together but over the weekend, it lost one of its members, Rep. Ted Poe of Texas.

“We must come together to find solutions to move this country forward,” Poe said in a news release. “Saying ‘no’ is easy, leading is hard but that is what we were elected to do.”

It’s unclear just how a relationship between congressional Democrats and the Republican leadership might work. Several fundamental differences remain between them such as the nomination of Neil Gorsuch to the U.S. Supreme Court. Democrats argue that Republicans cheated when they refused to allow former President Barack Obama’s nominee for the position, Merrick Garland, to even have a hearing. Several senators, including Schumer, have indicated that they will filibuster Gorsuch’s confirmation. Republicans have repeatedly hinted that they will simply abolish the 60-vote threshold for Supreme Court nominations, in line with what Democrats did  earlier on when they controlled the chamber in connection with other federal judge positions.

There are some areas where Trump’s positions might have more in common with Democrats', however. Both Trump and his Democratic rivals have expressed support for a large infrastructure spending bill, something that small-government conservatives typically oppose. The president has met with members of the Congressional Black Caucus about the idea. Trump has also expressed support for the idea of expanding the importation of prescription drugs from other countries, an idea long favored by liberals.

Working with Trump is also likely to be very unpopular for Democrats among more left-leaning voters, as many frequently compare him to Adolph Hitler.

As of now, perhaps the one thing that is undeniable is that the band of moderates within the Trump administration has greater leverage than before. Since Trump entered office with few senior staffers, he had to farm out much of his policy agenda and apparatus to the congressional Republican leadership: While not as far to the right as the Freedom Caucus, House Speaker Paul Ryan and Senate Majority Leader Mitch McConnell aren’t exactly known as centrists.

After Ryan’s health care plan blew up in Trump’s face, he may be less willing to allow the House speaker to call the shots. But administration moderates — including some who in interviews with Salon said they favor single payer health care — still remain significantly outnumbered.

Another problem for a potential working relationship between Democrats and Trump would be the president's famously erratic behavior. Asked about that on ABC, Schumer responded, "It's not me; it's him. It's virtually impossible for us to work with him. If he changes, he could have a different presidency."