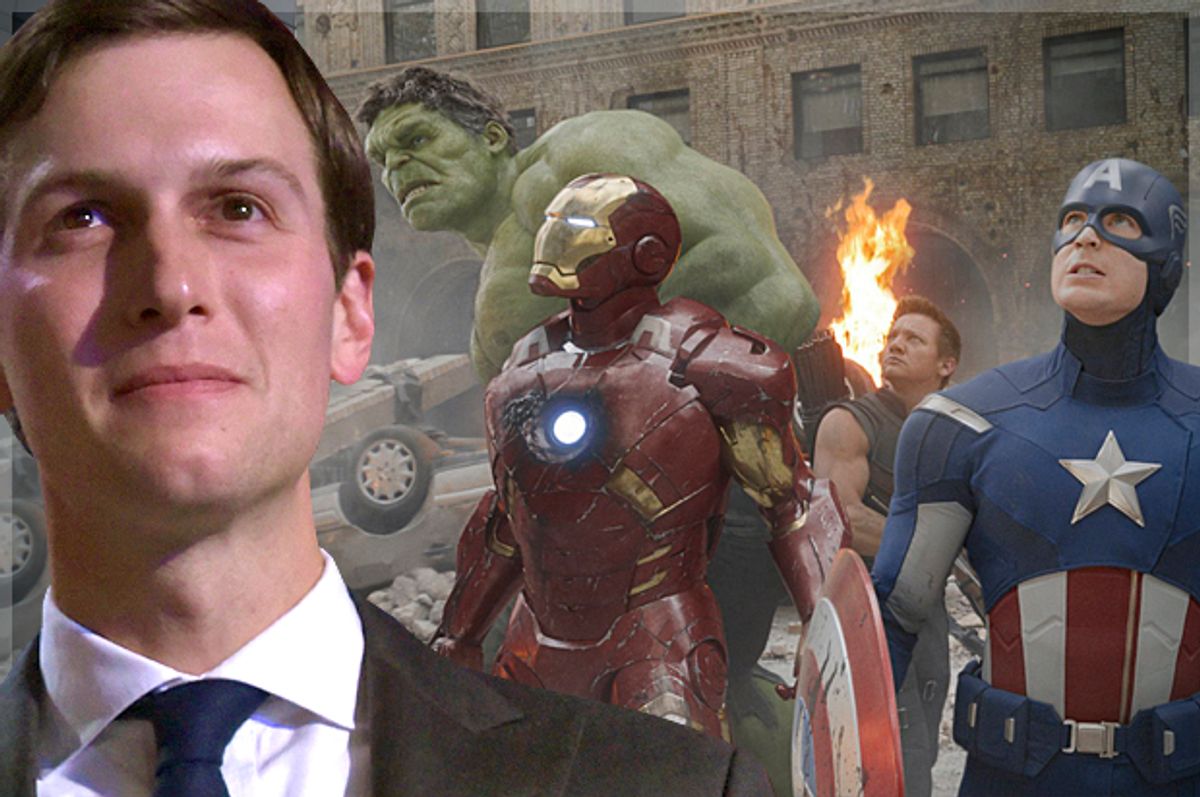 One of the dumber and therefore most popular ideas in politics is the notion that the federal government should operate like something that is not a government. You see variations of this idea popping up constantly in statements from Democrats and Republicans alike, particularly when it comes to the federal budget, which we’re told must be balanced in the same way that average American families (don’t) balance their own budgets. The worst and therefore most widely adopted permutation of this idea is the claim that we should “run government like a business.”

We’ve been hearing this for decades now: the sclerotic and inefficient federal bureaucracy should be revamped according to the principles of “business,” which would obviously never allow for waste, abuse or fraud. Every government agency would be streamlined, the thinking goes, which would supposedly produce better outcomes for taxpayers for less money. This would happen because “business,” after all, is good.

That brings us to the Trump administration, which announced this week that Jared Kushner, a Trump son-in-law and adviser of the president, would lead what’s being called the White House Office of American Innovation. As The Washington Post put it, this office is being presented as a superhero-style "SWAT team of strategic consultants” that “will be staffed by former business executives and is designed to infuse fresh thinking into Washington, float above the daily political grind and create a lasting legacy for a president still searching for signature achievements.”

Innovation! What a concept. And who better to head up a team of business innovators and power brokers than Jared Kushner, a child of privilege who inherited his father’s real estate business and fell ass backward into a position of authority? Kushner will take the lessons he learned from being born rich and marrying the right person and use them to disrupt the American government.

The problem with running the government like a business is, of course, that the government is not a business. It sounds glib, I know, but this distinction is important, and Kushner clearly does not understand it. “The government should be run like a great American company,” Kushner told the Post. “Our hope is that we can achieve successes and efficiencies for our customers, who are the citizens.” That’s a flagrant misunderstanding of the relationship between a government and its citizens.

The role of the government is to act in the public interest. That’s a necessarily complex task, given that the public has many varied and competing interests. A business can act relatively quickly because it has a comparatively small universe of stakeholders to take into account: investors and customers. A government, meanwhile, has to take into account pretty much everyone and everything because ultimately the government is answerable to everyone.

Defining “success” in that context extends well beyond the questions of efficiency and profit that drive corporate decision-making because there are so many more stakeholders and moral questions at play when the government acts. Speaking late in his presidency, Barack Obama served up a pretty good explanation for why “run government like a business” just doesn’t make sense. “Government will never run the way Silicon Valley runs because, by definition, democracy is messy,” he said. “This is a big, diverse country with a lot of interests and a lot of disparate points of view. And part of government’s job, by the way, is dealing with problems that nobody else wants to deal with.”

And let’s be honest — why should we have any faith that the Trumpian version of running government "like a business” will be anything but a catastrophe? Part of Donald Trump’s campaign message was that he would run his administration like he ran his business empire (which was pockmarked with bankruptcies, failures and fraud lawsuits). The results thus far have been disastrous. The White House’s agenda is paralyzed precisely because the people in power have no idea how to negotiate the competing interests at work within a representative government. They assumed that the CEO president could just bark some orders and the health care system would be reformed. It doesn’t work that way.

So here’s hoping Jared Kushner and his “SWAT team of strategic consultants” fail efficiently in their mission to radically reshape a federal government they barely understand. That way Kushner can refocus his disruptive corporate energies on his other day job: forging peace in the Middle East. That couldn't possibly end badly. Could it?