Donald Trump wants the Affordable Care Act to fail, but he's also in charge of implementing it. That won't work 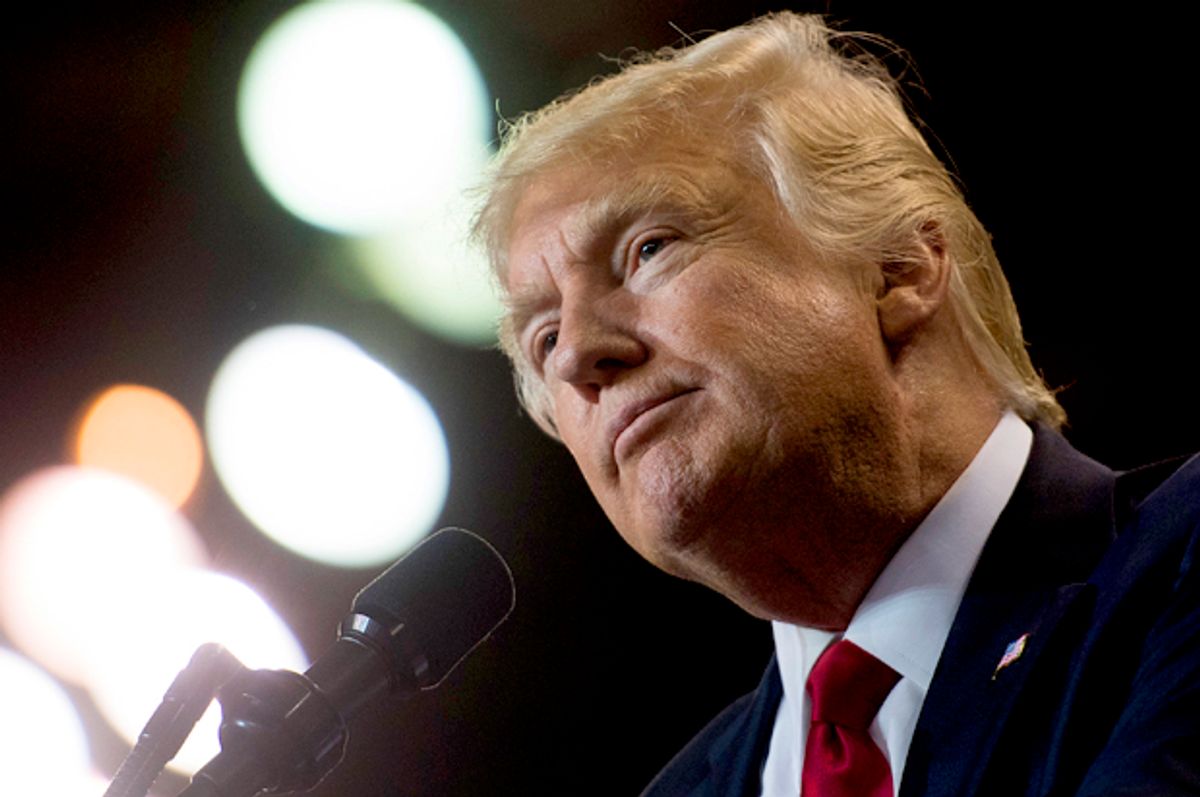 Top-level Republican politicians are, as we speak, actively rooting for the collapse of the health insurance market. In the aftermath of the American Health Care Act’s dramatic implosion, GOP leaders from President Donald Trump on down have been left to confront the dispiriting reality that the much-reviled Affordable Care Act is still standing and will continue to be “the law of the land” for the foreseeable future. And so, to make themselves feel better, Republicans began publicly fantasizing about the political leverage the law’s supposedly imminent breakdown would provide them.

“The Democrats will make a deal with me on healthcare as soon as ObamaCare folds — not long,” Trump tweeted yesterday. “Do not worry, we are in very good shape!” Just to be clear: the “we” in that sentence is Republican politicians, not people whose health care would be imperiled by Obamacare's “folding.” Sen. Lindsey Graham, R-S.C., was similarly enthused for what he saw as the coming “collapse” of the U.S. health care system:

The straightforward ghoulishness of this message is bracing. Republicans are looking forward to people having their financial and physical well-being imperiled because these GOP-ers believe that will force Democrats to help them pass health care legislation. Until last week, Republicans described their Obamacare repeal efforts as an act of mercy and relief; now they’re rooting for Obamacare to wreak as much havoc as possible.

This attitude is particularly unsustainable for the Trump administration, given that the president and his top aides are responsible for administering the health care system that they’re simultaneously hoping will fail.

First of all: the Affordable Care Act is not on the brink of collapse. It has its problems, sure, but nothing that rises to the level of an existential threat. So regardless of how the Trump administration feels about the Affordable Care Act politically, it still faces the obligation to faithfully ensure that the law is satisfactorily implemented. A functioning health care system is obviously in the public interest; the question is whether the administration will put the public interest ahead of its political agenda.

Responsibility for administering the law ultimately falls to Health and Human Services Secretary Tom Price. As Talking Points Memo’s Tierney Sneed wrote, Price and the administration have ways to sabotage the Affordable Care Act, either by cutting off subsidies to insurers or scaling back enforcement of the law’s individual mandate. So while the law is doing OK right now, the White House could very well precipitate the collapse Trump is predicting, which would be a gross violation of public trust.

The toxic Obamacare politics created by Republicans, combined with the GOP’s inability to pass legislation to “repeal and replace” the law, will make Price’s job fantastically difficult. Case in point: the Medicaid expansion. In the days since the House failed to pass the AHCA, several states have either taken action to expand Medicaid under the Affordable Care Act or have signaled a willingness to entertain the prospect. The Republican-dominated legislature in Kansas voted to expand Medicaid, and that legislation is now awaiting action from the state’s Republican governor, Sam Brownback. Another Republican state, Georgia, has indicated that it will revisit plans to seek a Medicaid expansion waiver from the Department of Health and Human Services.

For state governments, the political logic is simple: Republicans in Washington can’t get their act together when it comes to repealing Obamacare, so it makes sense to take advantage of benefits like the Medicaid expansion. As health secretary, Price is charged with helping these states should they choose to go forward with expanding Medicaid. But while Price is supposedly doing his job, his boss will be out there telling everyone that the law is failing and on the brink of collapse. The political message and policy obligations are in conflict.

Put simply: It’s pretty dumb for an administration to wage a scorched-earth political war against a critical policy it is in charge of administering. Trump and his aides can’t just disparage the Affordable Care Act and sit around waiting for it to implode; they have to make it work so that people don’t lose their health coverage. That’s the burden of governance and the moral thing to do.

But even if they sit on their hands or in other ways sabotage the Affordable Care Act, the presumption that voters will blame Democrats is, at best, misguided. Trump promised countless times that he would improve everyone’s health care not that he would let the insurance market crumble and inflict widespread misery. There will be a backlash if that happens, and the only party in power — Trump’s party — will absorb that backlash. As much as Trump might wish it could be otherwise, voters just can’t take out their health care frustrations on Barack Obama anymore.