WATCH: This could be curtains for the circus as we know it

New bill could bring an end to traveling animal performances 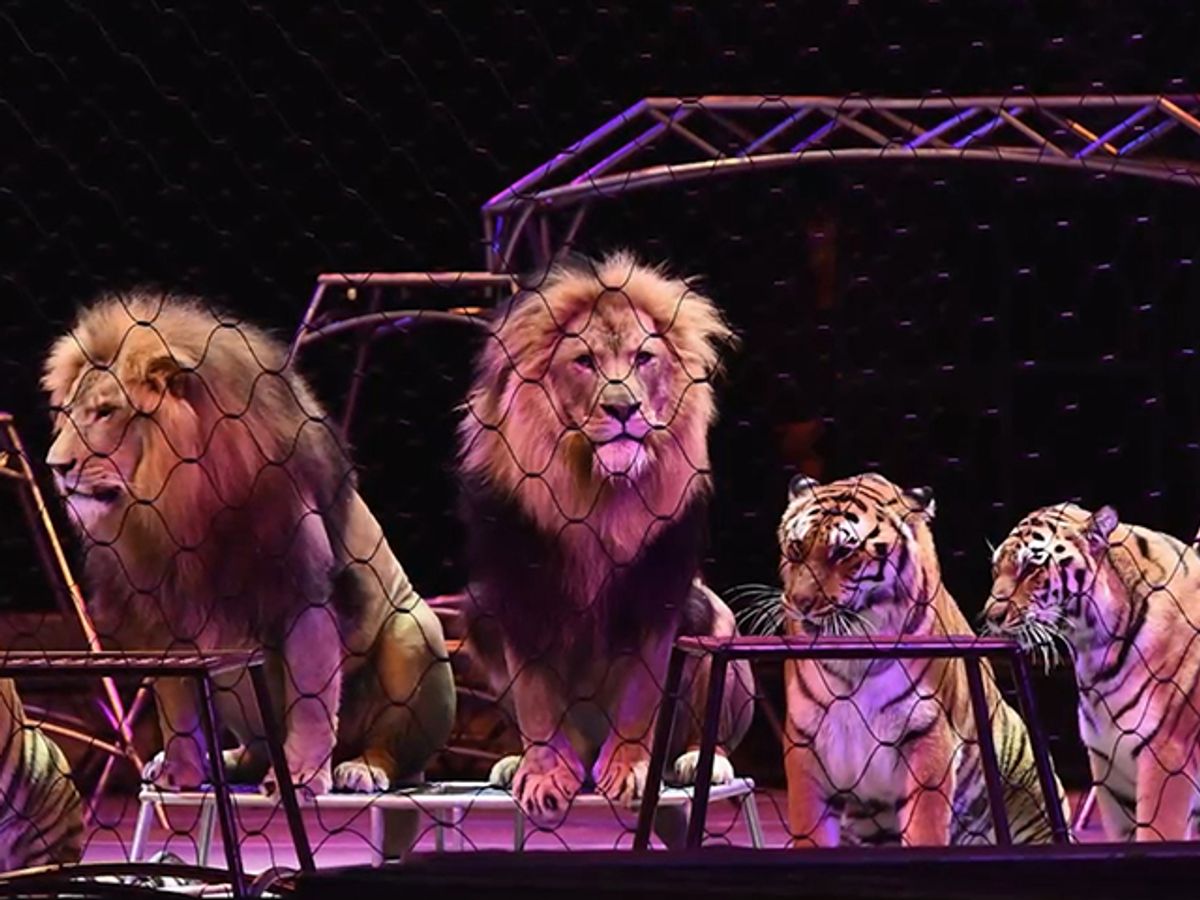 For generations people have gathered under Big Tops to see lions, tigers, bears and other animals perform. But the traditional American circus may be coming to an end. The Ringling Bros. circus recently announced it will shut down operations after more than 100 years as concerns from animal rights activists have circulated over the treatment of circus animals. Now Congress may pass a law prohibiting these acts as well.

Raul Grijalva (D-AZ) introduced the Traveling Exotic Animal and Public Safety Protection Act (TEAPSPA) to Congress on March 28. If passed, the bill, which is co-sponsored by Ryan Costello (R-PA), will end the use of wild and exotic animals in traveling shows in the U.S.

“This idea has been around for years, but never gained any traction in Congress,” Wayne Pacelle, President and CEO of The Humane Society, told Salon’s Alli Joseph in a recent interview. “Now we have an opportunity because the biggest political defender [Ringling Bros.] of traveling wild animal circuses is out of the game . . . so I think this is something that can work.”

Costello and Grijalva spoke at a press conference about the bill, which also has the support of Animal Defenders International (ADI), a campaign group lobbying for the protection of animals in the entertainment industry.

“The captivity of exotic animals has proven over the years to be torturous to some of the most majestic creatures on Earth, and downright dangerous for the people who come to see them,” Grijalva said. “A growing public understanding of the detrimental impacts on animals and the risks posed to attendees has already changed the face of circuses in America. It is imperative that we meet the call to end this practice once and for all.”

“Americans are becoming increasingly aware that circus animals suffer from violent training techniques and severe confinement,” Barker said. “Big, wild animals should not be part of the traveling circus. And simply put, animal acts in circuses are antiquated and belong in the past, in a time when humans were ignorant about the needs of the other species who share our planet."

The press conference featured a screening of a new ADI short film, “The Reluctant Performers,” featuring more than a dozen celebrities on record supporting the bill, including Fox and Szmanda.