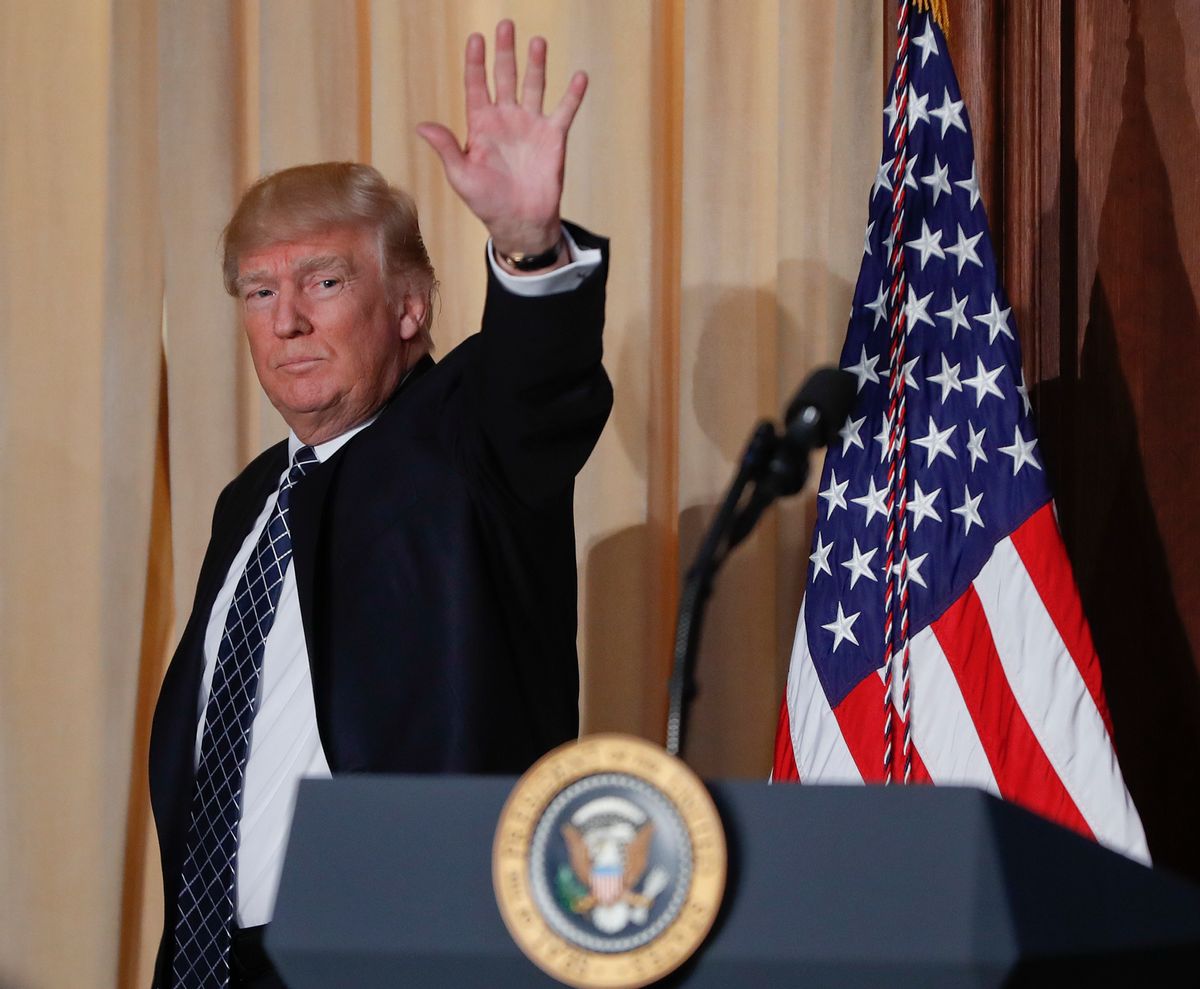 President Donald Trump, his company and partners have worked with wealthy Russians and oligarchs from former Soviet republics, according to a USA Today review of court cases, government and legal documents, in order to grow real estate developments. There are several of whom are allegedly connected to organized crime, according to USA Today.

At least 10 wealthy former Soviet businessmen — who are allegedly tied to criminal organizations — have been linked to Trump and his companies. Some of them include: a member of the the firm that developed Trump SoHo Hotel in New York — a twice convicted felon; an investor in the SoHo project who was accused of being involved with a $55 million money laundering scheme by Belgian authorities in 2011; and three owners of Trump condos in Florida and Manhattan who were indicted on their belonging to a Russian-American organized crime group and working for a major international crime boss in Russia.

At a time when Trump's connections with Russia are under massive scrutiny, including an ongoing investigation by the FBI, the president's decades-long history of business dealings with Russia are only creating more smoke. Trump has denied having any dealings in Russia as recently as February.

However, back in 2013, Trump addressed potential investors in Moscow. Later touting to Real Estate Weekly,  “I have a great relationship with many Russians, and almost all of the oligarchs were in the room," referring to Russians who made fortunes when former Soviet state enterprises were sold to private investors, according to USA Today.

Dealings with Russian oligarchs concern law enforcement because many of those super-wealthy people are generally suspected of corrupt practices as a result of interconnected relationships among Russia's business elite, government security services and criminal gangs, according to former U.S. prosecutor Ken McCallion, as well as Steven Hall, a former CIA chief of Russian operations.

“Anybody who is an oligarch or is in any position of power in Russia got it because (President) Vladimir Putin or somebody in power saw some reason to give that person that job,” Hall said in an interview. “All the organized crime figures I’ve ever heard of (in Russia) all have deep connections and are tied in with people in government.”

Trump has not been accused of any wrongdoing in connection to any of the individuals mentioned in this article.

However, the deals, and the large number of Russians who have bought condos in Trump buildings, raise questions about the secrecy he has maintained around his real estate empire. Trump is the first president in 40 years to refuse to turn over his tax returns, which could shed light on his business dealings.

Trump's Taj Mahal Casino in Atlantic City, New Jersey, had money laundering problems when it was fined $10 million in 2015 for not reporting suspicious transactions. "The Trump Organization admitted that it failed to implement and maintain an effective (anti-money laundering) program; failed to report suspicious transactions; failed to properly file required currency transaction reports; and failed to keep appropriate records as required by (the Bank Secrecy Act)," U.S. Treasury's Financial Crimes Enforcement Network said in a statement, according to USA Today.

While the statement said warnings of multiple violations go as far back as 2003, no Russians were mentioned. However, former mayor Viktor Khrapunov was accused by lawyers for the Kazakh city of Almaty, lawsuits were filed in 2014, according to USA Today, of owning three Trump SoHo units through shell companies used to hide hundreds of millions of dollars. The money was allegedly looted by selling state-owned assets. The nation of Kazakhstan is a former member of the Soviet Union.

According to USA Today:

The Trump SoHo project "was largely financed by illegally obtained cash from Russia and Eastern European sources, including money provided by known international financial criminals and organized crime racketeers," former prosecutor McCallion wrote on his blog in October. McCallion was an assistant U.S. attorney in New York from the mid-1970s to the mid-1980s under presidents Carter and Reagan.