Should your insurance company pay for medical marijuana? 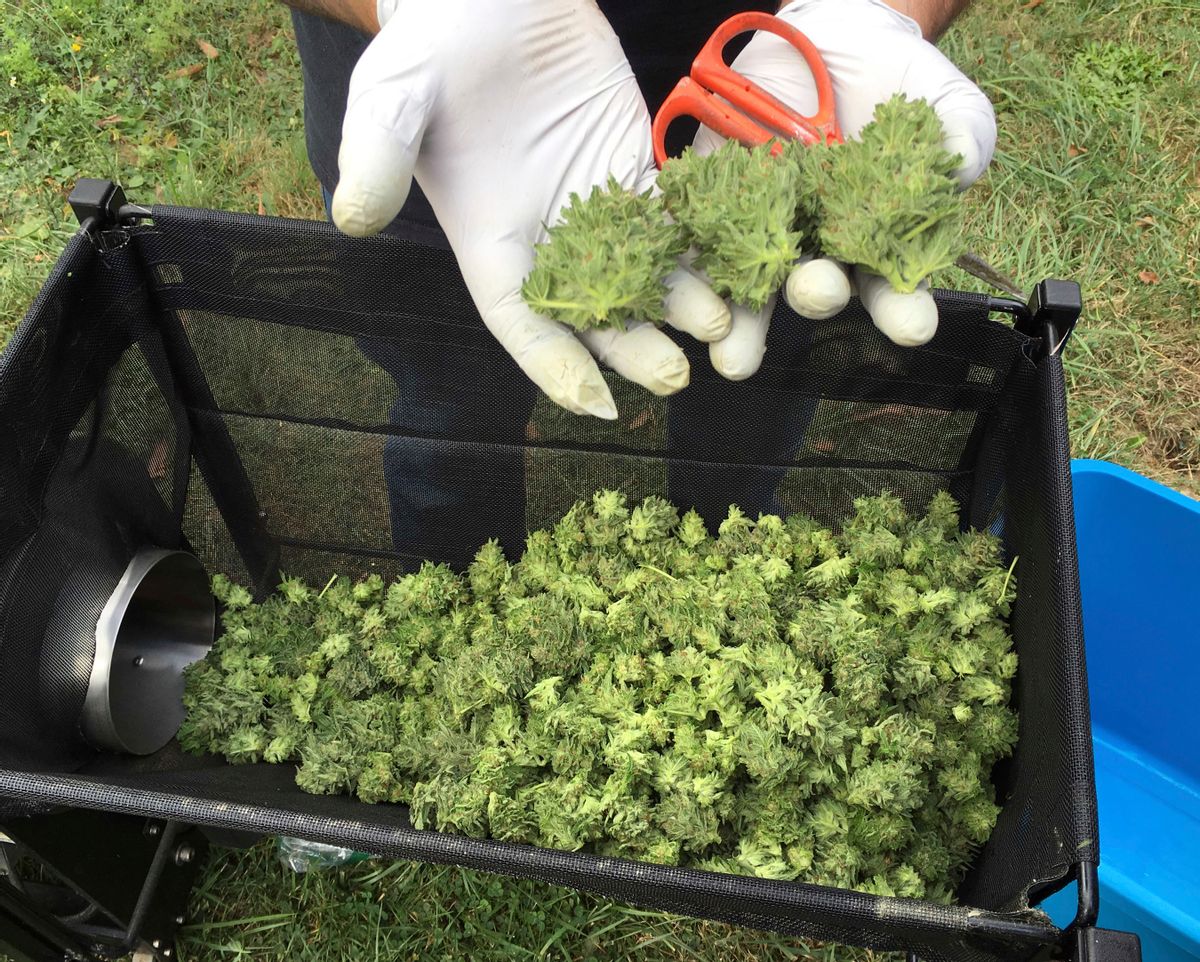 In 2014, Watson used cannabis obtained legally through the state’s medical marijuana program to treat intractable neuropathic pain in his left hand. He testified that it was the best treatment available for his injury and that it did not have the negative side effects of opiate painkillers.

Psychiatrist and neurologist Edward H. Tobe also testified about the well-known risks of taking opiates and the benefits cannabis medicine provided Watson. He said marijuana helped Watson reduce his opiate use, and was also likely to help him, "achieve better function."

"Opiates can shut down breathing (whereas) marijuana cannabinoids won't....Marijuana does not affect the mid-brain. The mid-brain is critical in controlling respiration, heart rate, many of the life-preserving elements," Tobe said, according to an excerpt of his testimony included in the opinion Judge French issued last month.

French’s opinion states that the evidence from the court proceedings, "show that the petitioner's 'trial' use of medicinal marijuana has been successful. While the court is sensitive to the controversy surrounding the medicinal use of marijuana, whether or not it should be prescribed for a patient in a state where it is legal to prescribe it is a medical decision that is within the boundaries of the laws in the state."

Watson’s lawyer, Philip Faccenda, said Watson stopped using cannabis in 2014 because of its cost. Meanwhile, the insurance carrier continued to pay for his use of opiates to treat his pain. Faccenda argued that Watson should be reimbursed for his past medical marijuana purchases, and that the insurance company should continue paying for his medical marijuana.

French’s decision ultimately ruled in Watson's favor, stating that the evidence convinced the court it was “reasonable and necessary” for Watson to relieve his pain using marijuana. The judge explained that she found Watson’s pain management approach “mature” and “cautious.”

"He testified that the effects of the marijuana, in many ways, is not as debilitating as the effects of the Percocet (which is how he refers to his prescriptions for Endocet or Oxycodone)....Ultimately, the petitioner was able to reduce his use of oral narcotic medication.”

As the Philadelphia Inquirer reports, “John Gearney, a Mount Laurel lawyer who writes a weekly blog on workers' compensation cases, says the written ruling may be the first in New Jersey to address whether an insurer should pay for marijuana.”

Gearney reportedly told the Inquirer, "It's not binding, but it's really an important decision. There are about 50 workers' compensation judges in the state, and they will read it and see what the judge thought when a case like it comes before them.”

A similar case took place in Nova Scotia, Canada in February, when a judge ruled that medical marijuana patient Gordon Skinner's cannabis must be paid for by his employee insurance plan.

Skinner suffered chronic pain following an on-the-job vehicle accident. When he was denied coverage of his medical marijuana, he claimed discrimination. A human rights board ultimately determined that his prescribed medical marijuana must be covered by his insurance plan, as Keith Doucette reported for the Canadian Press. Benjamin Perryman, the chairman of the inquiry board, made his descision based on the fact that the marijuana Skinner used was prescribed by a doctor for pain managment.

“[I]t seems there is prima facie support for its medical necessity, owing to the fact that conventional prescription pain management drugs are normally eligible for coverage," he said, according to the Canadian Press. The article notes that Deepak Anand, the executive director of the Canadian National Medical Marijuana Association, thinksthe ruling is likely to encourage more people to apply for coverage through their provincial human rights commissions.

Opiate overprescription and a lack of alternative options for pain patients contributes to an epidemic of addiction and overdose in the U.S. and globally, according to the CDC. Numerous pain patients in the 28 states with legal medical marijuana programs report that the federally illegal herb helps reduce their pain while causing few or no negative side effects.