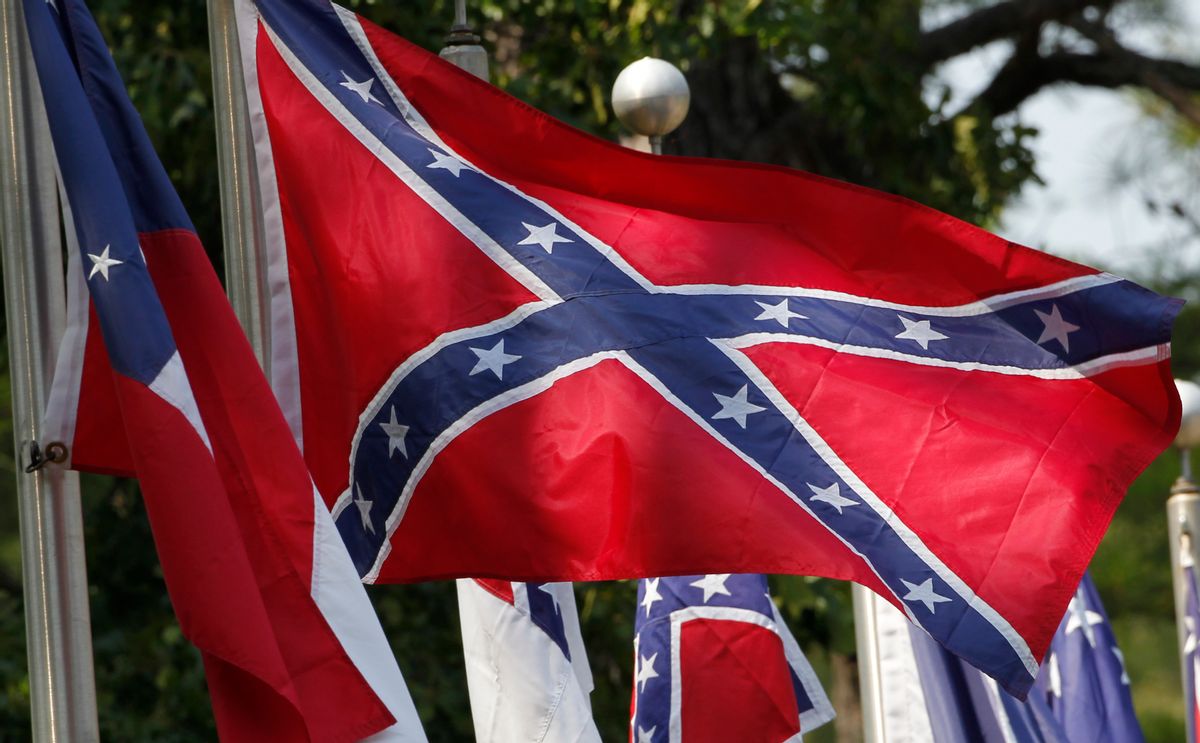 Corey Stewart, President Donald Trump's former campaign chairman in Virginia who was fired before the election for starting a protest outside the Republican National Committee headquarters, is running the most openly Confederate-friendly campaign for governor "in recent memory," according to the Richmond Times-Dispatch.

Taking cues from his political role model, Stewart has taken a direct approach when courting Virginia voters. Near the end of a recent campaign event in Roanoke, Stewart brought out the Confederate flag while recording on Facebook Live, the Times-Dispatch reported.

Stewart, the chairman of the Prince William Board of County Supervisors, is running an anti-establishment campaign mirrored after the president's. The gubernatorial candidate indicated in an interview this week that he was emboldened by Trump's improbable electoral victory.

“I think things have changed,” Stewart said in the interview. “I think the 2016 presidential race was a watershed moment where you saw voters — including white voters and black voters and Asian voters and Hispanic voters — just fed up with political correctness and these gotcha techniques that the left has used to shut down speech.”

Stewart apparently intended to use this unapologetic rhetoric to attack the mainstream Republican candidate, front-runner Ed Gillespie, who is running a more minority-friendly campaign.

Even if flaunting the Confederate flag is a shrewd campaign strategy, civil rights groups have been mortified by Stewart's ignorance.