White America's death crisis: The pain is real, but our perception is warped by the "white racial frame" 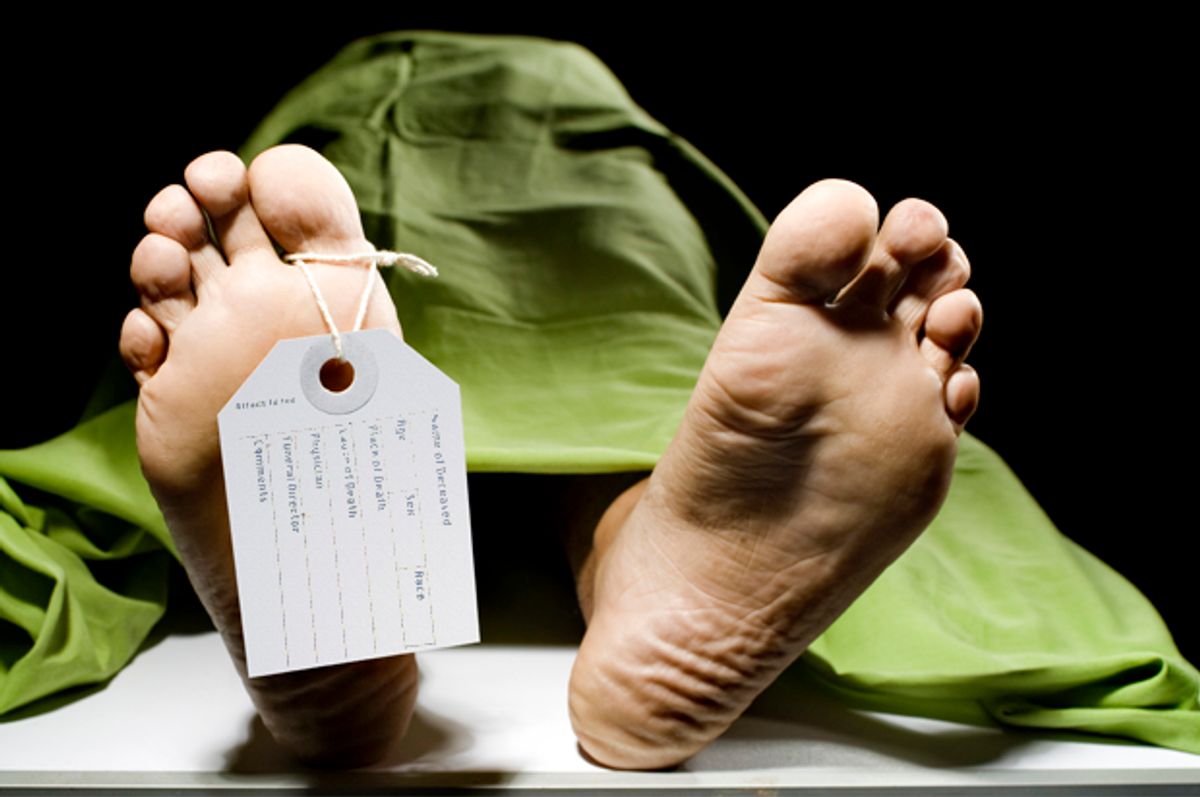 Donald Trump used naked bigotry and obvious racism to win the presidency. His slogan "Make America great again" was a promise to further lift up white Americans by placing their feet even more firmly on the necks and shoulders of black and brown people. This was one of the most obvious themes of Trump's campaign strategy. It resonated to great effect among Trump's resentful and spiteful white voters.

Trump's strategy could not have been so effective, however, if a solid foundation had not already been present. What some social scientist have called the  "white racial frame" has dominated American society for almost 400 years. As detailed by sociologist Joe Feagin, the white racial frame "is a generic meaning system that rationalizes the system of material oppression."

The white racial frame has long been propagated and held by most white Americans — and even, in part, accepted by many people of color. . . . By constantly using selected bits of the dominant racial frame to interpret society, by integrating new items into it, and by applying its stereotypes, images, and interpretations in many discriminatory actions, whites imbed their racialized frame deeply in their minds.

In practice, the white racial frame consists of racial stereotypes, a presumptive belief in the natural superiority of white European-American society, a widespread denial that racism exists or is an important factor in society and an assumption that white people are "normal," "innocent" and possess good intentions.

While the white racial frame may be omnipresent in American society and life, even by those standards, the recent days and weeks have seen some striking examples of its power. Here are a few:

1. White people who are addicted to opiates and other drugs should be treated with compassion and empathy.

Tales of drug-addicted white people have been prime fodder for human interest stories. For example, CNN recently profiled Kraig Moss, a man who became a celebrity of sorts for attending 45 Donald Trump campaign rallies in an effort to call attention to how heroin addiction killed his son. Other major news outlets and programs such as "60 Minutes" have done extensive profiles about white America's heroin and painkiller epidemic.

Prescription pain pill and opiate addiction is much more common among white people than it is among African-Americans and Hispanics. Drug abuse by white Americans is so widespread that some Republicans were even afraid to repeal the Affordable Care Act because of how such a decision would negatively affect their constituents' ability to access rehabilitation centers and other care.

The widespread abuse of heroin and other drugs by white Americans has forced local and other local enforcement to embrace a policy whereby they offer aid instead of incarceration to white addicts who ask for assistance. This is in stark contrast to how African-Americans and other nonwhites who are addicted to drugs have long been treated by the criminal justice system, the news media and politicians: Black and brown folks are called "super-predators" and disproportionately incarcerated by the millions; white folks feel entitled and empowered to demand a kinder and gentler "War on Drugs."

2. Oh the humanity! The "white working class" is dying.

In a much discussed 2015 article, Princeton University professors Anne Case and Angus Deaton documented a dramatic increase in the mortality rates of lower-income white Americans ages 45 to 54. They are dying from "the deaths of despair," a term meant to encompass suicide, overdose and other deaths related to substance abuse or mental illness.

Julia Belluz of Vox explained the dynamic this way: "Along with worsening job prospects over the past several decades, this group has seen their chances of a stable marriage and family decline, along with their overall health. To manage their despair about the gap between their hopes and what’s come of their lives, they’ve often turned to drugs, alcohol, and suicide."

This increase in the death rates of millions of middle-aged white Americans who lack a college degree, something that is especially dramatic compared with those in affluent European countries, has been compared to the results a war or the spread of a virulent infectious disease. Although some prominent social scientists have disagreed with the methodology and interpretation of the data, the claim that the "white working class" is dying at record rates is now accepted as a given by many policymakers and journalists.

The power of the "white working class is suffering" narrative is so great that it was one of the dominant frameworks — however incorrect it may be — used to explain Donald Trump's victory over Hillary Clinton in the 2016 presidential election.

Public discussion of the supposed mass extinction-level event facing the white working class has been highly racialized. Language that sounds an alarm about how the life expectancy for some white people is on a downward slide and may converge with that for African-Americans is a reaffirmation of white privilege. When taken in total, the social status of black and brown people is at a basement level, to which white Americans as a group must not be allowed to fall. In their new paper "Mortality and Morbidity in the 21st Century,” Case and Denton elaborated on this:

The historian Carol Anderson argued in an interview in Politico (2016) that for whites “if you’ve always been privileged, equality begins to look like oppression,” and contrasts the pessimism among whites with the “sense of hopefulness, that sense of what America could be, that has been driving black folks for centuries.” That hopefulness is consistent with the much lower suicide rates among blacks, but beyond that, while suggestive, it is hard to confront such accounts with the data.

“The idea that today’s generations will do better than their parents’ generation is part of the American Dream. It has always been true until now,” Cherlin said. “It may still be true for college-educated Americans, but not for the high-school-educated people we used to call the working class.”

Cherlin said whites benefited from discriminatory hiring when the working class was built over much of the past century. Union jobs tended to go to whites, he said, and labor contracts protected them until the unions lost power and jobs went overseas.

“Whites had a privileged place in the blue-collar economy,” he said. And as the middle of the labor market disappeared, so did that historic white privilege.

African-Americans die younger than white Americans. Communities of color are victims of what has been called "medical apartheid," in which they have worse access to health care of a lower quality. There is no mass public outcry about this reality. America's political elites have not declared the disparate health outcomes faced by black and brown people to be a national crisis. Why? For the white racial frame, the suffering of black and brown people is a feature of the system and not a bug or an aberration.

3. What are we to do! The white family is in crisis.

As highlighted in an essay earlier this month in The Atlantic, whites who live in economically challenged communities are experiencing an increase in emotional despair and a rise in out-of-wedlock births. Marriage is on the decline, and white men are not fully participating in the labor force.

There has been a flurry of recent research on this phenomenon, including books by the infamous Charles Murray (who wrote the white supremacist tract "The Bell Curve" in 1994) as well as work by such respected scholars as Robert Putnam, Arlie Hochschild and Nancy Isenberg.

The consensus is clear: Millions of white Americans are facing a serious crisis in a lack of intergenerational mobility, educational attainment, criminality, family cohesion and finding gainful employment. While the black and brown "ghetto underclass" is labeled as "pathological" and perhaps even possessed of "bad genes," white communities under stress are viewed as facing structural challenges that white elites should address. (See Donald Trump's already broken promises to the "forgotten Americans.") To the degree that poor whites are in fact stigmatized in America, it is often because their behavior is seen through the white racial frame as being closer to that of "urban" and "ghetto blacks" than to "normal" white people's behavior.

The golden rule of "do unto others as you would have them do unto you" should be a principle of public policy — and not just a lesson taught to children that they conveniently forget when they grow up. Unfortunately, white political and social elites have learned how to play a skillful game of divide and conquer by encouraging white Americans en masse to not feel any positive sense of linked destiny with people of color. A society that only cares about the pain and struggles faced by white people and ignores those experienced by people of color can never be a true democracy. The sooner that white Americans learn this basic lesson of good citizenship, the better off the entire country will be.