Legalized by Gov. Asa Hutchinson, doctors now have to interrogate patients before performing the procedure 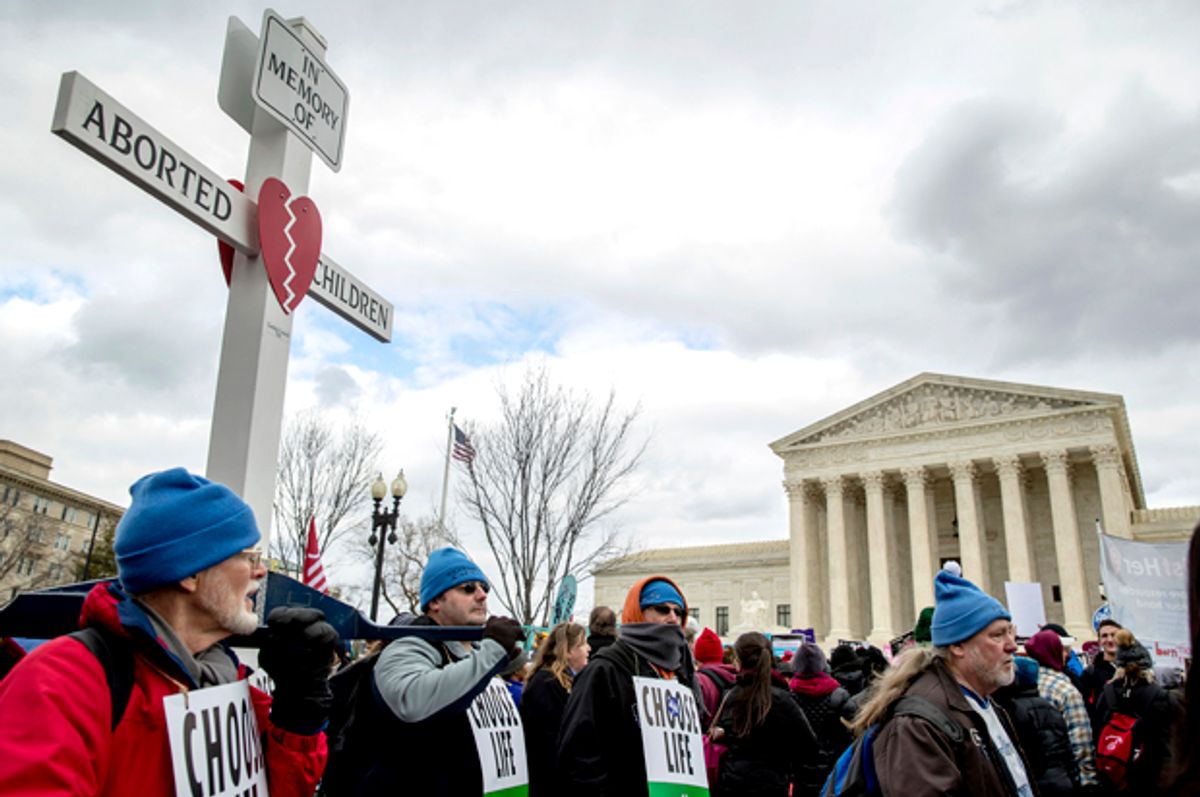 On Wednesday, Arkansas Gov. Asa Hutchinson signed into law HB 1435, a piece of legislation that will require doctors to investigate patients' medical records before providing a legal abortion. It is the first provision of its kind across the country, the Associated Press reported.

The law makes it illegal to have an abortion based on the sex of the fetus, forcing doctors to interrogate patients about the whether the fetus is a boy or a girl before performing the procedure. Under the law, sponsored by Republican Rep. Charlie Collins, the physician would then have to request the woman's medical records related to her entire pregnancy history. The new law says that an abortion cannot be performed "until reasonable time and effort is spent to obtain the medical records of the pregnant woman."

Doctors who violate the law could face up to a year in prison and a $2,500 fine, plus civil penalties. The woman who is seeking the abortion would not face any criminal charges.

Lourdes Rivera, the senior vice president for U.S. programs at the Center for Reproductive Rights, argued that this law fails because it is not a physician's job to interrogate a patient.

“Health care providers should never be forced to investigate patients for the reasons behind their personal, private decisions,” Rivera said in a statement provided to the AP. “When a woman has made the decision to end a pregnancy, she needs high-quality health care, not an interrogation.”

According to Elizabeth Nash, senior state issues manager with the Guttmacher Institute, Arkansas' legislation goes further than that of the other states.

"No other state requires providers ask these questions or to review medical records. This law is a real invasion of the woman's privacy," Nash told the AP.