Immigration crackdown: Despite defeats in court and deepening scandal, Trump's crusade ramps up on many fronts

ICE roundups continue, travelers are turned away — and the case of a teenage blogger from Singapore is chilling 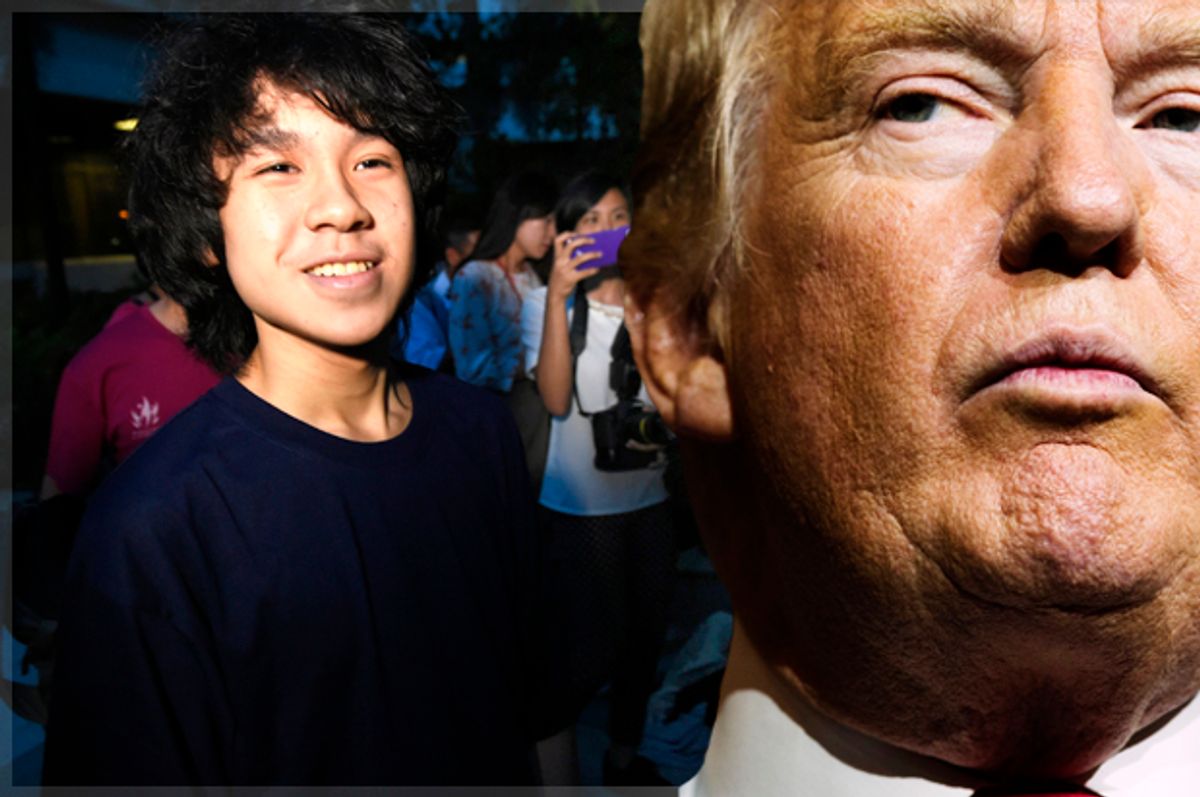 With all the hoopla over the current administration's relationship with Russia and the health care Dumpster fire, we haven't been paying as much attention to the Trump policy that seems to be going great guns: the deportation and detention of foreign nationals by Immigration and Customs Enforcement. For all of President Trump's failures on other matters, this one is succeeding briskly. That is, if you define success as ICE striking terror in immigrant communities all over the country.

On Monday Attorney General Jeff Sessions formally announced that the Trump administration is implementing its plan to use federal funds to crack down on "sanctuary cities" and states that choose to not comply with federal immigration laws. The Justice Department believes that local officials should be required to determine the immigration status of anyone they detain (or interact with), and if that person cannot provide proof of citizenship, he or she should be turned over to ICE. The plan calls for the federal government to withhold certain funds from any of the 200 different municipalities that have been designated as sanctuary cities.

Trump and Sessions are both hard-core demagogues on the issue of immigration, spreading fear and paranoia that undocumented immigrants are dangerous people who have contributed to a crime wave, despite lots of evidence to the contrary. Local officials in most of these cities, including the police, understand that this actually makes their jobs harder and their communities less safe, as many people will simply refuse to report crimes or bear witness for fear of being turned over to federal agents. Essentially, the federal government now has policies that threaten to turn America's cities into the frightening dystopias that Trump already says they are. People, unsurprisingly, would prefer to have their communities prosperous and safe.

There will be legal challenges from the cities, and the plan to withhold federal funds depends upon a number of factors that may or may not successfully come into play. But that might not even be the point. Trump and Sessions want to create a climate of suspicion and drive immigrants underground or out of the country. ICE is carrying out that mission with gusto.

The New York Times reported last month that new orders from the Trump administration have granted ICE and the border patrol much more freedom to detain and deport people. These officials apparently felt very restrained by the rules in force during the Obama administration, which required them to focus their attention on undocumented immigrants with a record of serious felonies. Today they have the mandate to deport people even with minor infractions: As press secretary Sean Spicer put it, agents have been told to "take the shackles off." A spokesman for ICE's union told the Times that “morale amongst our agents and officers has increased exponentially since the signing of the orders." The Times further noted:

Two officials in Washington said that the shift — and the new enthusiasm that has come with it — seems to have encouraged pro-Trump political comments and banter that struck the officials as brazen or gung-ho, like remarks about their jobs becoming “fun.” Those who take less of a hard line on unauthorized immigrants feel silenced, the officials said.

Part of the ICE officials' "fun" is being able to freely arrest bystanders, even people without criminal records, which they call "collateral" arrests.

Stories abound of people being rousted from their homes, and even shot, by ICE agents. People have committed suicide in detention centers. Kids are watching their parents dragged away in handcuffs, and women are withdrawing domestic abuse complaints for fear of being detained. In Los Angeles reports of sexual assaults are down 25 percent from last year, which authorities attribute to victims being afraid to come forward. In Atlanta African immigrants are being rounded up for deportation at much higher rates than in 2016.

Immigrant communities all over the country are already living in terror of federal agents. If Sessions is able to end the practice of sanctuary cities, they'll be living in fear of local police as well. That's the point.

This describes the anti-immigration crusade against undocumented workers. But there's also the crusade against refugees and travelers from certain Muslim countries that the Trump administration has deemed a threat. The harassment of those travelers continues even as the ban wends its way through the courts. For instance, there's the story about  an Iranian woman making a family visit to Oregon on an approved visa who was held for hours at the Portland airport before being transferred by Customs and Border Protection agents to a county jail 80 miles away. She was moved back to Portland 12 hours later and then put on a plane out of the country without explanation, according to reports. An ACLU lawyer representing the woman's family told The Guardian he had no knowledge that she had been charged with any crime.

Asylum seekers are also on the list. A CNN report about a 16-year-old blogger from Singapore is instructive. Amos Yee is a kid with a big mouth who ran afoul of Singapore's anti-free speech laws for his internet rants about religion and politics and was sent to jail twice. On Friday an immigration judge granted Yee asylum in the U.S. because "his prosecution, detention and general maltreatment at the hands of Singapore authorities constitute persecution on account of Yee's political opinions." The Trump administration has vigorously opposed the asylum claim and is likely to appeal the decision. Singapore's authoritarian society, where business concerns are predominant and dissent is not tolerated in any form, may well be the model Donald Trump aspires to.

In the political big picture, Trump and his administration are in trouble. They are inept, corrupt and mired in a very serious scandal. The president's approval ratings have already hit historic lows. But the executive branch's law enforcement agencies are carrying out his immigration agenda as if all of the other stuff were taking place in another country. In cities and towns across America, Donald Trump's promise to "get 'em out and get 'em out quickly" is being kept. It's important that people don't fool themselves into believing that Trump is a paper tiger who can't do any serious harm. He's already doing it.