On this episode of Salon Mix, Alli Joseph sits down with RuPaul to talk about the power of drag 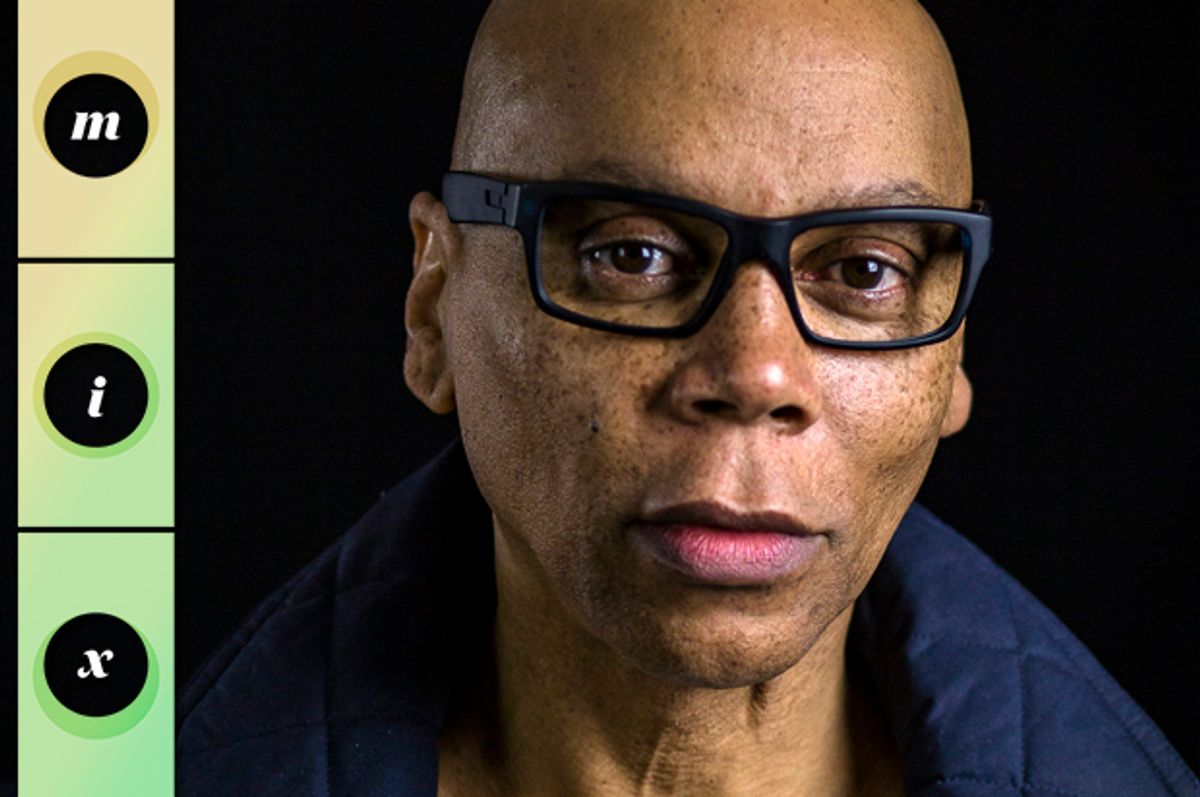 "I've always felt like the boy who fell to Earth," RuPaul told Salon's Alli Joseph. RuPaul recently stopped by the Salon studios to talk about "RuPaul's Drag Race," now in its ninth season on Vh1, the importance of reinventing yourself and tips for living the best life ever.

"I remember being 14 years old thinking, making a pact with myself, I would never join int the matrix. I would never join in the status quo," he said. "So I've always worked and done my art on the fringe, where I feel very comfortable. Getting into punk rock bands, and getting into drag — not because I wanted to be a woman, but because it is the ultimate act of treason in a male-dominated culture, to play with feminine things."

Listen to the full conversation here:

You can watch Joseph's talk with RuPaul here and here — and don't forget a few pro-level beauty tips, too.

And for a deep dive into RuPaul's influence, read Salon TV critic Melanie McFarland's moving essay about her relationship with "RuPaul's Drag Race" as a woman struggling with depression:

I came to understand that drag is about more than artistic expression and celebration. It is armor, too, reminding the wearer of the joy and privilege of being alive.

The line that pulls a soul back from the murk, the speck of grace that arrives to give you life, can be completely unexpected. I’m a person with a deep connection to the medium of television but little affection for unscripted TV. There was no way to predict that watching drag queens cake concealer on their T-zones and slather glue stick over their eyebrows would lead me back to the world of the living.