President Trump backtracks on trade, will propose only "moderate" changes to NAFTA

Despite calling NAFTA a "disaster" throughout the campaign, Trump is looking to keep most of the trade agreement 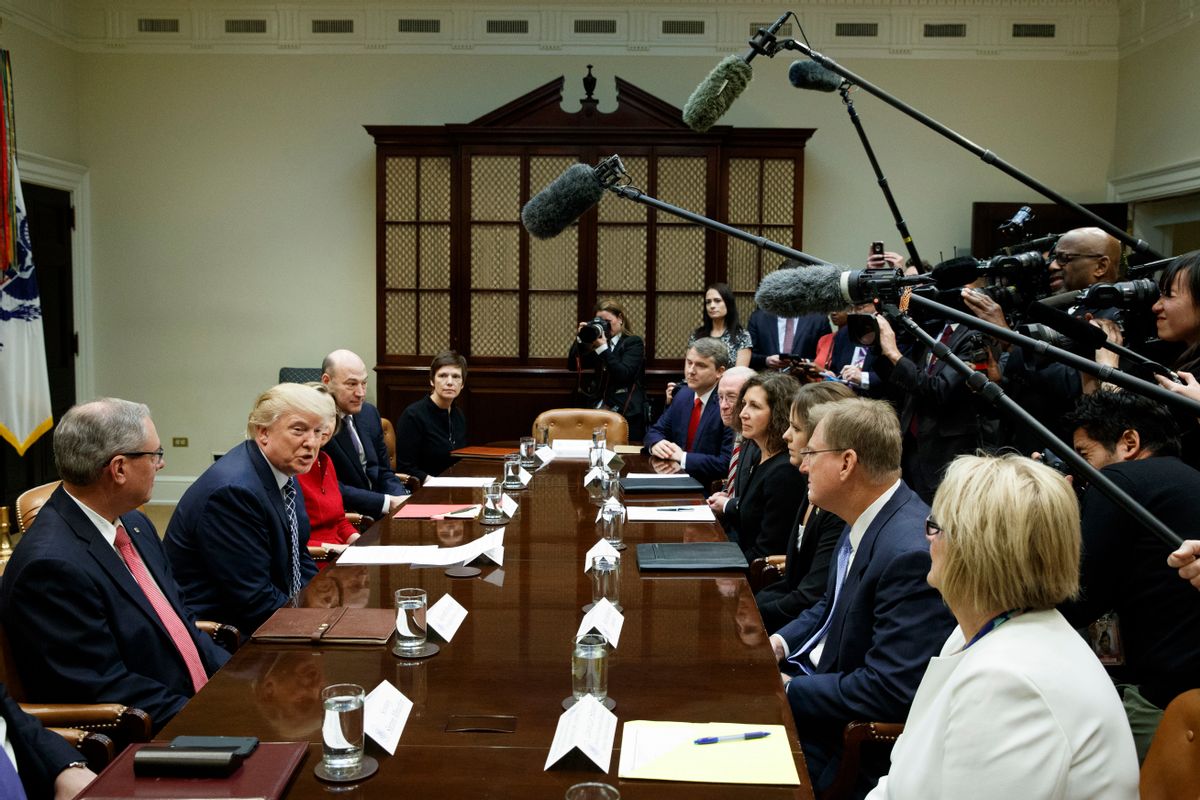 President Donald Trump speaks in the Roosevelt Room of the White House in Washington, Thursday, March 9, 2017, during a meeting with leaders from small community banks. () (AP Photo/Evan Vucci)
--

Based on a draft proposal circulating Congress, President Trump and his administration will only seek modest changes to the North American Free Trade Agreement with Mexico and Canada, the Wall Street Journal reported on Thursday. During the 2016 presidential campaign, Trump suggested he would obliterate NAFTA in his effort to pursue new unilateral trade agreements. He frequently called the pact a "disaster."

Under the Trump administration's new proposal, the U.S. would keep most of NAFTA's controversial provisions, including arbitration panels that let investors in the three nations avoid local courts to resolve civil claims, the Journal said.

One major change, however, is a new provision that would allow a NAFTA nation to introduce tariffs if a boost in imports causes “serious injury or threat of serious injury” to domestic industries, the Journal reported.

This makes room for Trump’s “Buy American” program, but might also cause U.S. companies to lose business in Mexico and Canada.

The draft proposal is subject to revision, and the administration must give Congress 90 days’ notice under trade law before beginning formal NAFTA renegotiations.

While this backtrack from a campaign promise would not be the first in the president's young first term, it would be the first involving a policy issue that is so close to Trump's heart.