WATCH: Stress is the "number one epidemic of our civilization," says Deepak Chopra 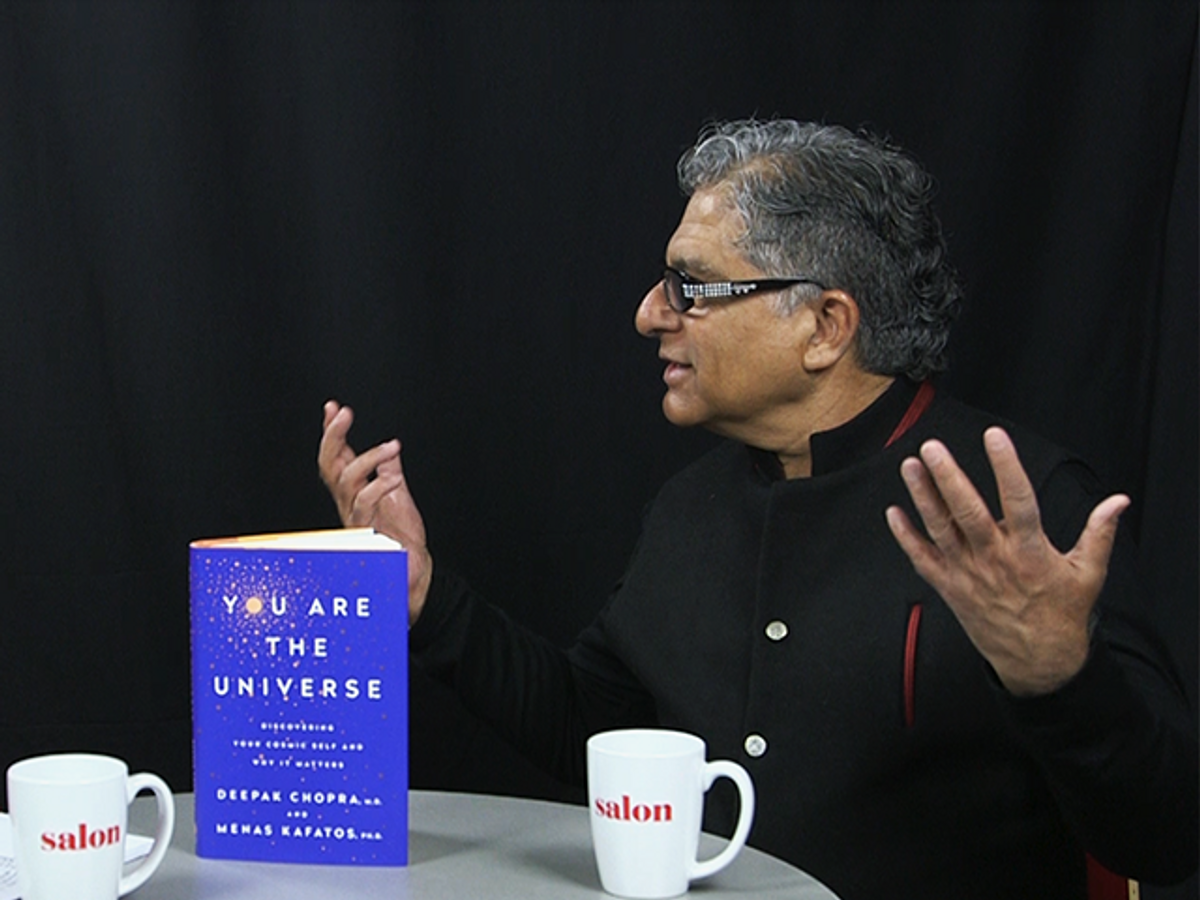 Stress is the “number one epidemic of our civilization,” according to author Deepak Chopra. While most of us know the feeling of being stressed out all too well, Chopra says he never gets stressed.

Speaking with Salon about his new book, the New York Times Bestseller, “You Are the Universe: Discovering Your Cosmic Self and Why It Matters,” Chopra talked about how humans are over-using the stress response to a fault.

Chopra, the world-renowned pioneer of transformation who taught Oprah how to meditate, defines stress as a“fight-flight response” used by animals in the jungle. “A tiger wanted to eat you up, so you learned to run or you learned to fight,” he explained.

Humans are using that stress response all day long, Chopra says, triggering the fight-flight response in a traffic jam or when watching cable news, and that's a problem. Stress is "indirectly connected to almost every illness,” he said.

While the long-term effects of stress start with psychological issues like anger, hostility, guilt and shame, Chopra said, they can also lead to inflammation in the body and cardiovascular disease.

Ultimately, that could affect gene expressions that lead to cancer. Only five percent of disease-related gene mutations, Chopra claims, “cannot be prevented.” According to Chopra, researchers now believe that up to 95 percent of cancers are preventable with drastic lifestyle changes.

So how does Chopra avoid stress?

For starters, he says his lifestyle helps. He goes to bed early, wakes up before dawn, and starts his day with two hours of meditation and a yoga class.

It wasn’t always that way, though. Chopra says he “experienced stress” as a medical student, a resident and as a practicing doctor (Chopra is board certified in internal medicine, endocrinology and metabolism). Early on in his career, Chopra says he was “attached to outcome and very prone to being offended by criticism.”

But stress is actually not there “in the world,” Chopra said. “It’s how we interpret what’s happening to us. It’s the perception of physical threat and psychological threat.”

Deepak Chopra Health Meditation Original Video Stress Wellness You Are The Universe: Discovering Your Cosmic Self And Why It Matters