WATCH: These New Hampshire voters are convinced Donald Trump is right about his illegal voters claim

The Trump voters say they saw "busloads and busloads" of people voting, but there was likely an innocent reason 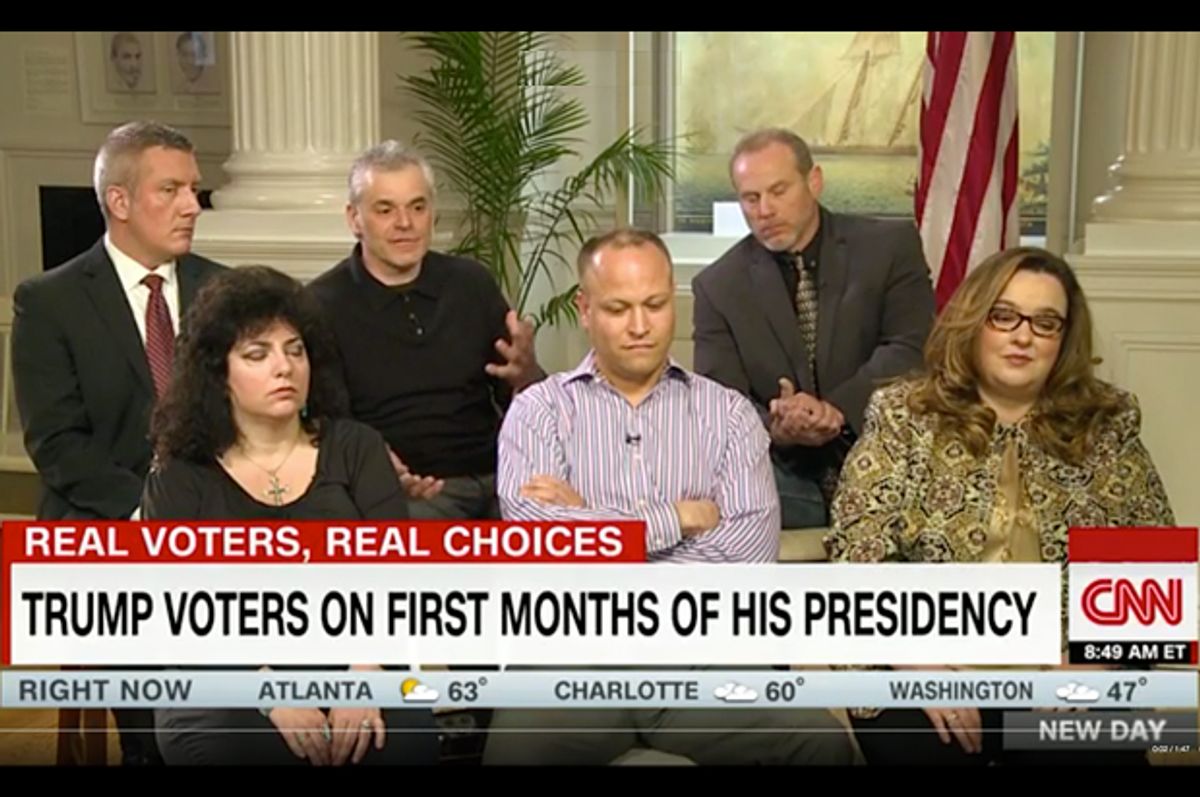 Donald Trump's biggest fans in New Hampshire are sticking by one of Trump's most disputed and debunked claims — that millions of votes were illegally cast for Hillary Clinton — even though Trump's claims are not even backed up by most Republican politicians.

In an interview aired on CNN's "New Day" with Alisyn Camerota, Trump supporters said that "they've seen busloads of people."

"When you say you've seen it, do you mean a dozen, or do you mean 3 million," Camerota asked. "There's a difference."

One panelist repeated that he saw "busloads of people coming in. Whether they're illegal — meaning they came into the country illegally — or they're illegal voters. They came over from Massachusetts to New Hampshire."

When Camerota pressed him on his claim, the man said that another panelist had seen it — but he quickly backtracked.

"I wouldn't characterize it as busloads and busloads. But I've seen cars coming in from out of state that are full — with out-of-state plates. I live right across the street from the polling place in my ward."

Camerota pressed him again — this time, that people from Massachusetts are coming into New Hampshire to vote — and once again, he started to walk back his claim.

"Whether it's Massachusetts or Maine or some other state, there are people coming across. And it's not fair to wholesale characterize it as voter fraud, because maybe they're borrowing —"

What he was describing was probably a get-out-the-vote effort that featured people volunteering to drive New Hampshire residents to the polls.

In the full clip, Trump's supporters were eager to give the president good grades, offering to give him a benefit of the doubt for the promises he has yet to keep.

That's their story and they're sticking to it.