Love will tear us apart: Netflix's "13 Reasons Why" is brilliant but not for the emotionally tender

Our latest binge-watching obsession is here, and it's worth the hype. But beware — it just might wreck you 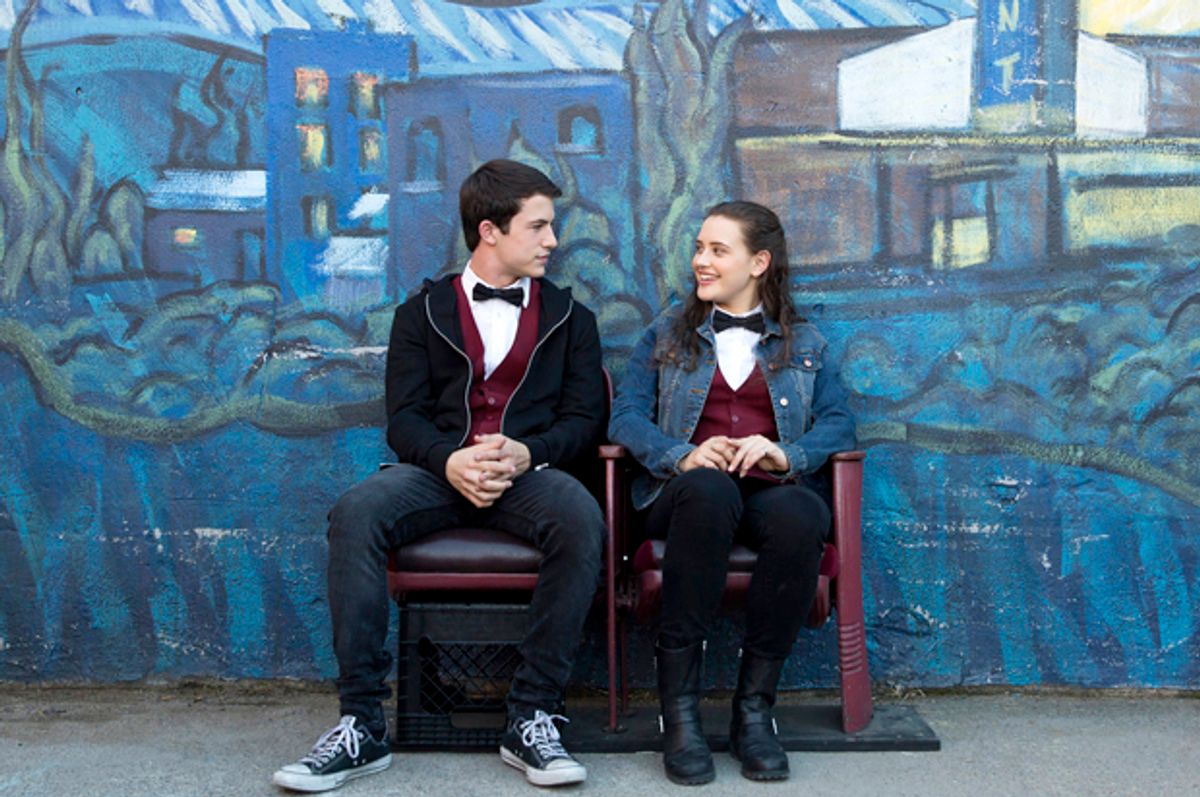 Lately I’ve wondered whether watching certain films and TV shows during times of grief or anxiety serves as a perfect balm, or if it’s one of the worst things a vulnerable person can do.

I’m not referring to episodes or movies that announce themselves as tragedies — no, those works let you know precisely what you’re signing up for. Rather, it’s the diversions masquerading as relatively safe escapism that can sneak up and punch you square in the chest. Maybe such a shock to the system is just what you need. On the other hand, maybe life is hard enough without viewing entertainment that unexpectedly makes you wake up at 4:19 a.m. in a sobbing fit.

The 13-episode first season of “13 Reasons Why” is currently streaming on Netflix, and it looks like the next collective pop culture obsession you’ll be hearing and reading about for the foreseeable future.

It also has the potential to wreck a person. You have been warned.

Granted, people who read Jay Asher’s 2007 young adult novel may already know what to expect, since the series is based on it. A viewer discretion advisement is in its very premise: The plot turns on events set in motion by 17-year-old Hannah Baker (Katherine Langford), a beautiful girl who committed suicide.

Hannah was bullied, slut-shamed, scapegoated and relegated to the status of school pariah, and she tells her story posthumously via 13 confessional, indicting accounts recorded on cassette tapes.

Death is an easy hook into adolescent angst, which is why the Y.A. genre is bursting at the seams with stories anchored by terminal characters, suicides and the like. To be fair, death fuels all manner of literature, films and TV series; it’s the most popular character next to love. Thanatos and Eros, that forever power couple.

With all that in mind, a Y.A. tale colored by death isn’t necessarily a no-go for someone who is slogging through a rough patch, especially when the demise in question sparks a mystery. And “13 Reasons Why” is not your average whodunit. From the law’s viewpoint, the only person responsible for killing Hannah Baker is Hannah Baker.

The true nature of the mystery remains ambiguous through most of “13 Reasons Why,” and that carrot-and-stick element of the plot is a prime motivation to gorge on one episode after another. Another essential lure is the tenderness with which the story considers the thirst for love that is part of the human experience, an urge that parched Hannah to death.

At least Hannah’s tapes allow her to achieve a sort of immortality along the way. The dead can tell tales, but the fact that they’re not available for follow-up questions or cross examination can be problematic. Hannah might also be an unreliable narrator -- the best type for a show like this one.

But I wasn’t prepared for how deeply “13 Reasons Why” cuts into the raw epidermis of regret that grief’s rough grasping sloughs off of a person. The plot, the story, the soundtrack are all scalpels surgically slicing any pulsing veins of misery that may be lurking just under the skin, making rivers of remorse gush forth.

Perhaps I should have expected that. "13 Reasons Why" is basically an agnostic version of the act Catholics know as Confiteor, a prayer meant to inspire reflection on all we’ve done and all we’ve failed to do. Admittedly this is one person’s reaction watching the show under a specific version of numbness, but maybe it conveys how viscerally affecting this show can be. Not many series puncture the veil of emotional separation between viewer and screen with such unexpected precision.

Indeed, “13 Reasons Why” is a story about mourning, regret and culpability, but the mystery is the main engine.  It commences when Hannah’s tapes turn up on the porch of Clay Jensen (Dylan Minnette), a friend and classmate at Liberty High who quietly nursed a crush on the girl. Curious to listen to artifacts of a distant past, he’s instead horrified to hear the recently departed Hannah’s voice explaining that each story she tells represents one of the reasons she killed herself. Not only that, each chapter is dedicated to a person behind one of those reasons -- and, since he’s received the tapes, that means Clay is one of them.

This somewhat cruel task makes Clay curious to find out what he did and who else contributed to her death. And as wrenching as Clay’s journey through the recent past and Hannah’s reasons turns out to be, his quest also makes “13 Reasons Why” highly addictive.

Similar to last year’s “Stranger Things," “13 Reasons Why” is cocooned in nostalgia and memory, a killer combo for a good binge. But Langford and Minnette are the magnetic core of this drama. Separately and together, they have a dynamic chemistry that glows when they share the screen and energizes their scenes with others. Langford allows Hannah to radiate with bruised, shielded innocence even as she cloaks the character’s suffering with an open smile and sardonic humor. In Clay, Minnette captures a blend of awkwardness and sensitivity that makes you pine for him to get the girl even though it’s clear that can never happen.

The pair leads a racially diverse cast, all of whom deliver formidable performances with few, if any, weak spots. Kate Walsh effectively plays Hannah's bereft mother as if everything bright has been scooped out of her. Christian Navarro also stands out as Tony, one of those cool high school guys (with an impeccably restored vintage muscle car, no less) who holds no firm allegiances, and who happens to be a connoisseur of obsolete machinery -- including cassette players. Tony has his secrets, as does everyone else at Liberty High, and Navarro makes him a crucial pillar of calm for Clay and the narrative, especially once the maelstrom of paranoia created by Hannah’s tapes grows furious.

For while the hallways of Liberty High are gridlocked by misunderstood teenagers squirming under the close watch of helicopter parents, the series also proves that even watchful adults nevertheless allow vital clues to slip by unnoticed.

An impressive team of producers and directors brought “13 Reasons Why” to television, including director Tom McCarthy and Selena Gomez, who serve as executive producers alongside co-showrunners Diana Son and Brian Yorkey. A Pulitzer Prize-winning playwright, Yorkey writes dialogue that calls forth the ache and yearning of adolescence in a way that's both timeless and universal.

Or maybe the cassettes deserve some credit for that feeling. Asher’s combining of a popular, personal teenage ritual of yesteryear — recorded journaling — with the perils that instant communication and fast, shallow connection visit upon today’s teens, is a fabulous conceit. On the page, it allows Hannah to control the flow of information, a grace she was not granted in life. Onscreen, these old media objects serve create a bridge between the show’s parents and their children, as well as connecting the Gen Xers and millennials in the audience who are watching the story unfold.

This collusion of details makes “13 Reasons Why” acutely appealing on an inter-generational level, capturing the dual and dueling frustrations of youth and adulthood (a warning to parents who want to view it with their children: there’s a fair share of sexual content and violence that is difficult to watch).

Yorkey shuffles these old-school rituals and details into the lives of modern characters effortlessly and with a few purposeful winks. Tony, who serves as Clay’s Virgil as he blindly lurches through Hannah’s ghostly world, refers to mix tapes as a lost art. The post-punk soundtrack hammers that point home by shuffling together tracks by The Cure, Bob Mould, Protomartyr and Eagulls, among many others.

Joy Division’s “Love Will Tear Us Apart” plays over one episode’s end credits, and taken in the context of the story, it’s a sublime choice. Depending on who you are, that track could also stir up the kind of buried sentiment and longing that’s weighing on Clay, creating an empathy that pulls a a person into his cloud of mourning. The whole thing is gorgeous, and it’s a lot to take in. Be careful.