The season of Kendrick Lamar is upon us 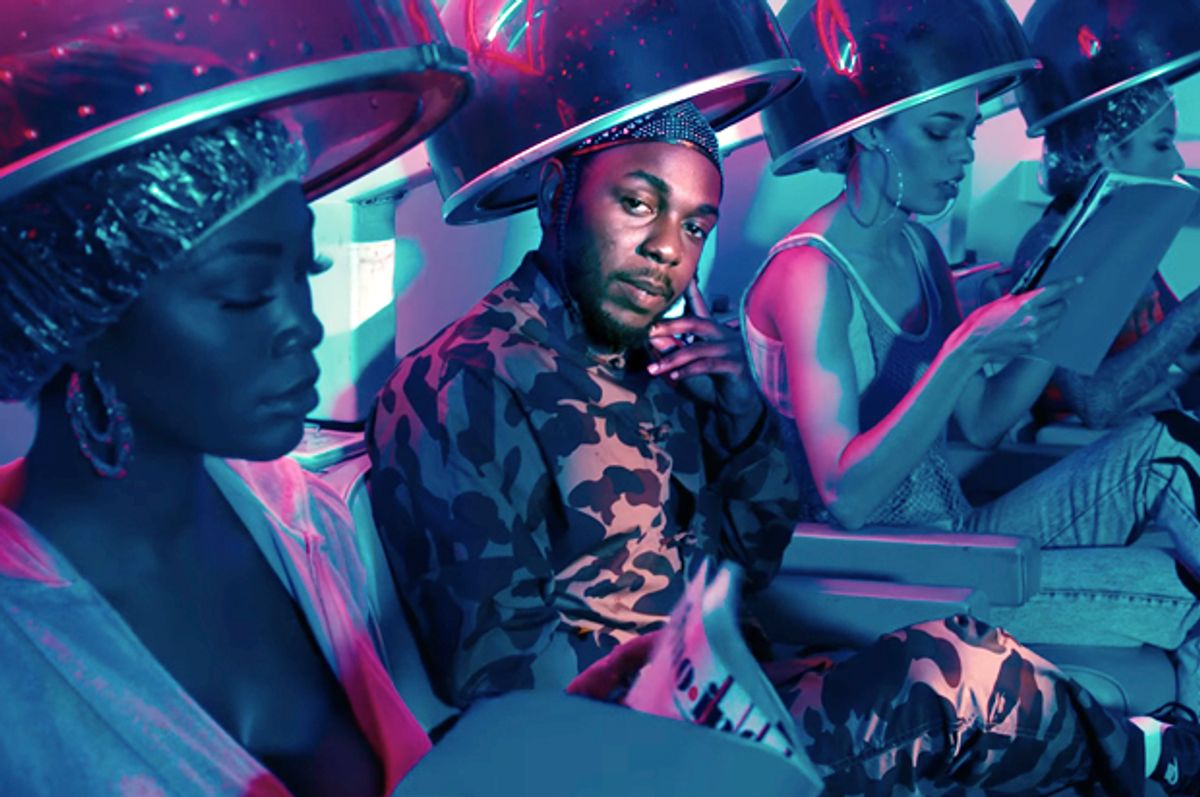 Hip-hop had hit a bit of a drought until Big Sean dropped "I Decided" in February and some of us started waking up, eager to hear good mainstream music again. And then Drake gave us more life when he dropped "More Life" two weeks ago, flooding the timelines and freezing the internet. I couldn’t open an app without seeing Drake’s name, image or praise for his work.

Remember back when an artist would drop a dope album and he or she would have the rap game on lock for six months to a year or more? All your friends, the radio, the DJs and every car riding by would be playing the same album, the same song, over and over? Yeah, so, those days are long gone. But Kendrick Lamar dropped "The Heart Part 4" last week and washed away all the billboard-recording buzz Drake had — and completely silenced Big Sean’s album, too.

To put the power of Kendrick into context, "The Heart Part 4" is not an album; it’s only a single. And to add a little insult to all that injury, Kendrick opens the second verse with what insiders say is a shot at Drake or Big Sean — or maybe both of them?

My fans can't wait for me to son ya punk ass
And crush your whole lil' shit
I'll Big Pun ya punk-ass, you a scared lil' bitch
Tiptoein' around my name, nigga you lame
And when I get at you homie
Don't you just tell me you was just playin'

I don't want to start any rumors. He’s had lyrical exchanges with both artists in the past and either name could be easily inserted. But beyond the suggestions of a rap beef, my favorite part of the song — and why we love hip-hop in general — is its direct, aggressive political commentary:

The whole world goin' mad
Bodies is adding up, market's about to crash
Niggas is fake rich, bitches is fake bad
Blacks that act white, whites that do the dab
Donald Trump is a chump, know how we feel, punk

Here he trashes Donald Trump, Ben Carson and Paul Ryan’s horrible dab in just two bars, saying the things that many of us are feeling in a way that is universal, raw and extremely accessible. Lamar ends the song with a message to the whole industry: “Y'all got 'til April the 7th to get y'all shit together!”

That date could not come fast enough. In anticipation of the new project that remains untitled, he dropped a video yesterday called "Humble." Just as he did with "The Heart Part 4," Kendrick broke the internet and left us all wanting more.

The video opens with a study in contrasts: Kendrick in full priest attire in an empty church and covered in cash in a room full of it. The rest of the video jumps in and out of a TDE-styled version of the Last Supper, with Kendrick playing Jesus, and a beautiful scene where he pays homage to natural women, real stretch marks and the resistance against the oppressive beauty standards. In short: It’s amazing.