Trump in the whirlwind: President goes after Freedom Caucus as Michael Flynn offers to tell all

An amazing week: From the Devin Nunes carousel to Trump's attack on the Freedom Caucus and Flynn's bombshell offer 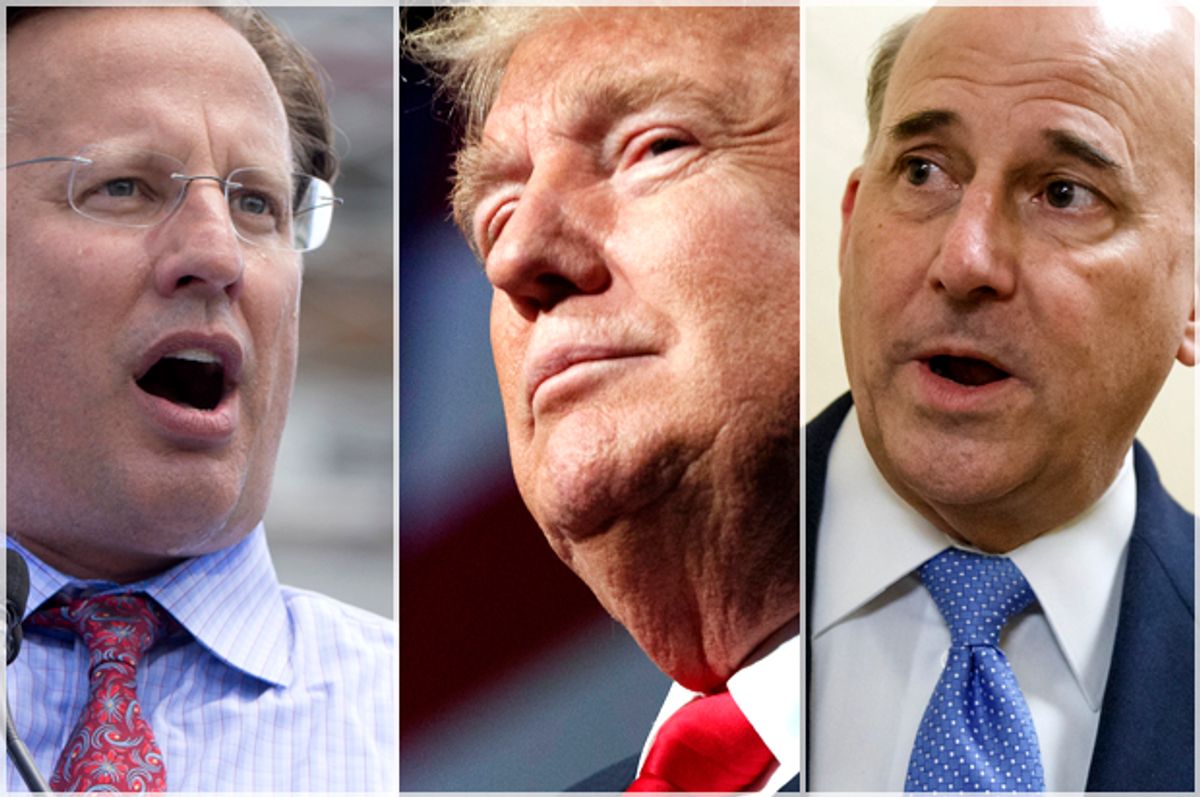 So we come to the end of yet another exciting week of foreign intrigue, Twitter tantrums, scary testimony, horrible policy rollouts and GOP catfighting — the new normal.

Thursday's biggest news was all about the unfolding Russian investigation scandals. First The New York Times reported that two White House officials had leaked the information to House Intelligence Chairman Devin Nunes, which he claimed showed Trump transition team figures had been caught in incidental intercepts. The Times identified the two leakers: One of them is a member of the White House counsel's office and the other is a 30-year-old Michael Flynn protégé and National Security Council member.

That second guy's name is Ezra Cohen-Watnick and until now he was best known for the fact that H.R. McMaster, Flynn's successor as national security adviser, wanted to fire him because the CIA had called Cohen-Watnick a threat. McMaster was overruled by President Donald Trump himself. If this whole Nunes song and dance was not part of a cover-up, the White House has gone to great lengths to make it look like one.

Meanwhile, up on Capitol Hill, a former FBI agent and cybersecurity expert by the name of Clint Watts was blowing everyone's mind with his testimony before the Senate Intelligence Committee, in which he said the Russians meddled in the GOP primary, targeting Sens. Marco Rubio and Ted Cruz. Watts claimed that Trump and various associates helped the effort by parroting Russian propaganda during the campaign.

He uttered a line that may very well end up being remembered the same way that John Dean's famous phrase about "a cancer on the presidency" is remembered. Watts told the committee to "follow the trail of dead Russians," referring to the recent spate of prominent Russians who have died under mysterious circumstances, if it wants to find clues about the Russian money-laundering operation that Watts suspects is at the center of all this.

Then at the end of the day, The Wall Street Journal reported that Michael Flynn, the former White House national security adviser, had requested immunity for possible testimony before the intelligence committees in the House and Senate — which neither panel has agreed to provide. There's a good reason why they wouldn't. Back when a medal-bedecked Col. Oliver North testified in the Iran-contra scandal, he was granted immunity. He put on quite a performance that let former President Ronald Reagan off the hook, and North's congressional immunity ended up being the means by which he beat a criminal rap.

Those weren't the only big Trump stories by any means. He apparently woke up on the wrong side of the bed again and started the day off with this provocative tweet:

To which Republicans replied, "What do you mean 'we,' orange man?"

Later on Trump got personal and called out the leadership of the House Freedom Caucus:

A major Tea Party leader, Mark Meckler, had this to say in response, according to The Hill:

The man who promised to "Drain the Swamp" now appears to be the "Creature from the Black Lagoon." He is now on the side of the swamp monsters.

The head swamp monster would no doubt be House Speaker Paul Ryan, who is loathed by many members of the Republican base, and yet now Donald Trump has inexplicably allied himself to him, for no good reason other than personal pique at the Freedom Caucus. Even some of Trump's most loyal supporters are starting to get concerned:

On "MTP Daily," Michael Needham of Heritage Action called the health care bill a disaster, saying, "This is a great opportunity to take a pause and get the policy right and that is what the House Freedom Caucus is doing. Talk about grown-ups, they're the one who are saying, 'We want to get the policy right, we're willing to negotiate,' and it's the moderates who say they literally won't pick up the phone if they call."

As for these conservatives who refuse to pick up the phone, Needham is right about that. Rep. Chris Collins, a spokesman for the Tuesday Group — a mainstream conservative bloc in the House — told reporters:

Members of the Freedom Caucus are far from being "grown-ups," but they were not the only members of Congress balking at Ryan's monstrosity of a health care bill. A lot of mainstream conservatives refused to vote for it, too, with the prospects for support worsening as vaunted negotiator Trump stumbled up to the bargaining table and clumsily tried to buy off the Freedom Caucus without realizing he was playing a zero-sum game. (Just ask former House Speaker John Boehner how easy it is.)

It's pretty clear that Trump learned nothing from his experience last week. He still doesn't understand the character of the GOP hard-right faction in Congress or the people who support them. He doesn't realize that with a 35 percent approval rating, his threats, subtle or overt, are ineffective. That's particularly true when the group he's threatening is supported by the Koch brothers, two of the 10 richest men in the world. He doesn't recognize that any major bill that is popular with only 17 percent of the country and will directly affect tens of millions of people is a losing proposition.

In other words, Trump is likely to repeat the same mistakes all over again, starting with tax reform — which many experts predict will be every bit as difficult as the health care measure. But then, Trump has never admitted to making a mistake in his life. He couldn't change now if he wanted to.