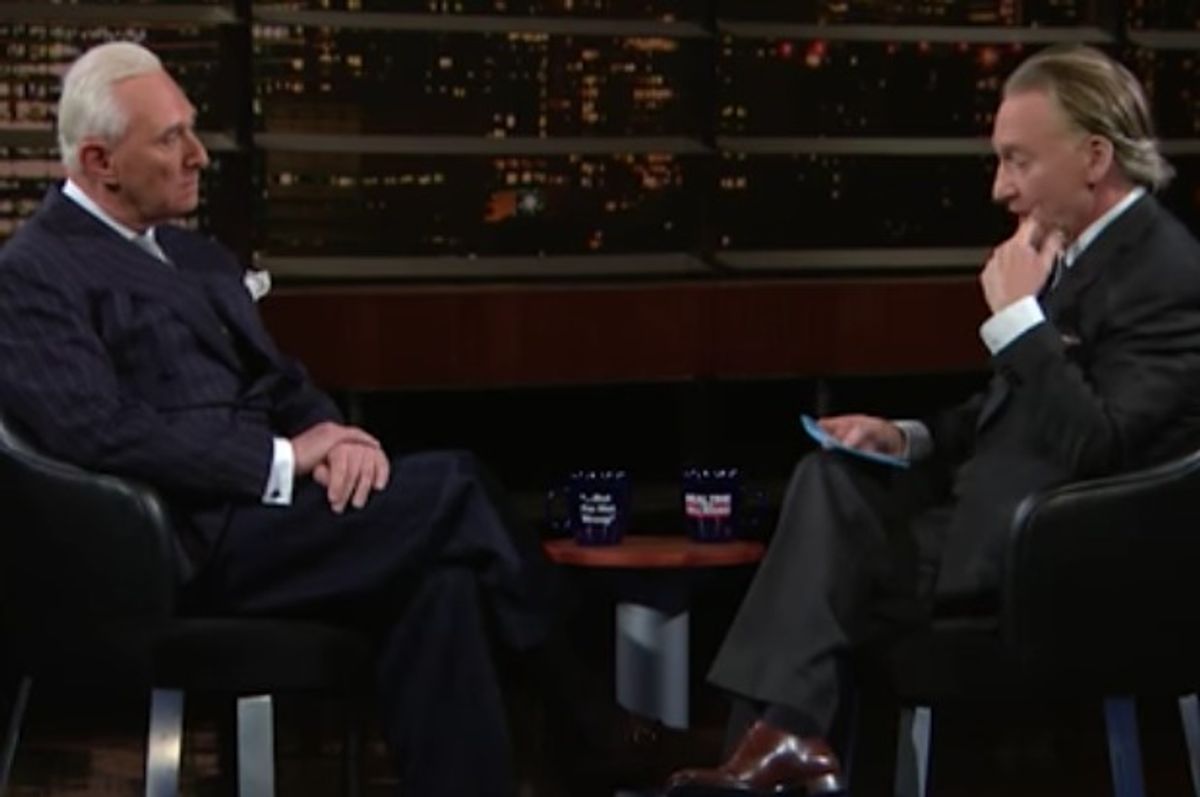 "It's not about Syria," said Bill Maher on last night's Real Time with Bill Maher, responding to Roger Stone's position that President Donald Trump only wants to go to war over Syria. "It's about America," said Maher, shaking his head. Stone was a big get for Maher, who has a new book out and is featured in a Netflix documentary coming up in May.  Mr. Stone, say pundits, should not have been publicly on about his tweet back-and-forths with said Russian hacker "Guccifer 2.0". Stone also seemed to know more about the hack of John Podesta before it happened than a "normal" person would.

“I know you’re favorite musician must be Muddy Waters,” responded the host of HBO’s Real Time with Bill Maher, at one point during the top-of-show interview, “because that’s what you do – muddy the waters.”

Stone said he didn't predict the Podesta hack. He also doesn't think the DNC hacker Guccifer is Russian. “I think he is a hero,” noted Stone. Stone called his Twitter conversations with Guccifer “benign” and “innocuous.” And anyway, “If you’re going to engage in espionage, would you really do it on Twitter?” he asked.

“I’m not on their side,” Stone said, referring to Russia. “I’m a patriotic American.”

At the end of their interview, the two talked about an issue they agree upon: marijuana and legislative policy around it. Stone doesn't agree with Attorney General Jeff Sessions' position on recreational pot use as a crime, and he urges states-rights on the issue. Maher wondered if Stone could be called "Roger Stoner"? "...Only when I'm in the states where it's legal," responded Stone, who brought out a marijuana-shaped cake for Maher with a "420" on it, denoting Maher's 420th episode.