Who in the hell is Devin Nunes?! Everything you were afraid to ask about this suddenly important person

Got whiplash from the rapid news cycle? Find yourself asking "who?!" Here's the deep dirt on this week's newsmaker! 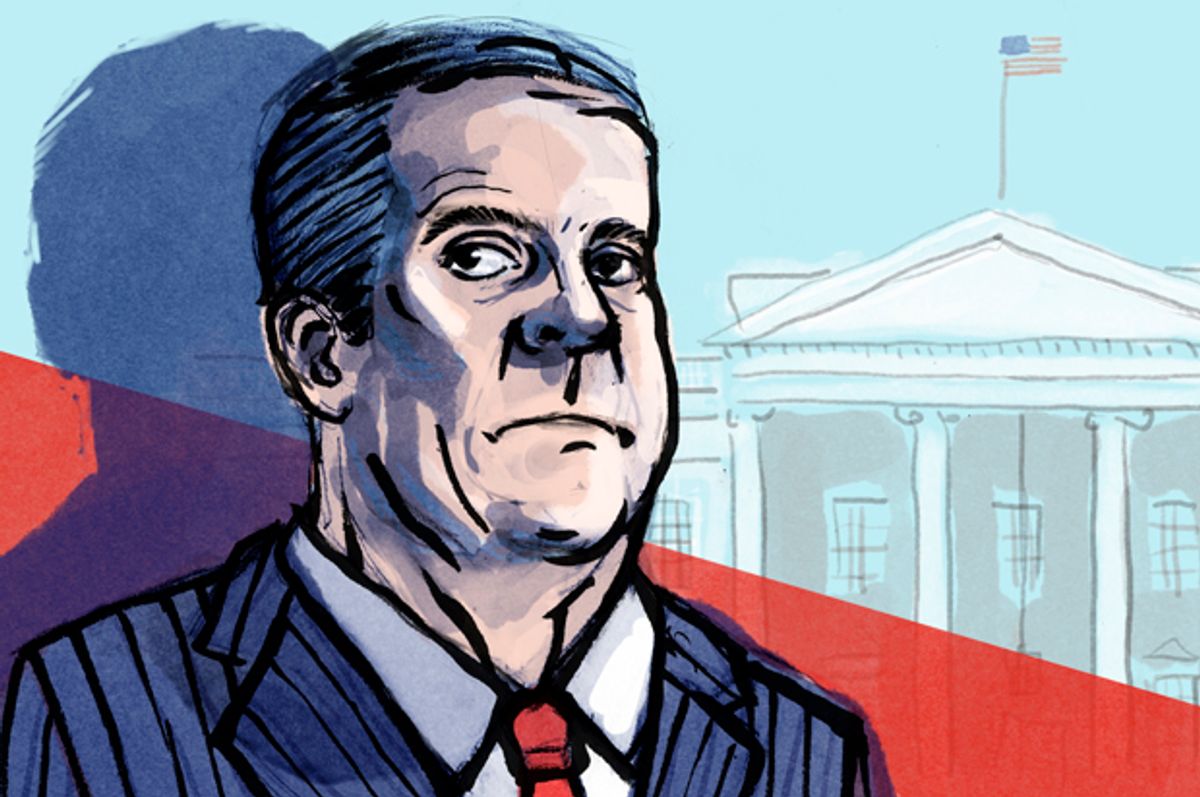 (In this brand-new, hastily conceived premise, Salon will use the otherwise unlimited space of the site to profile a person in the news who has until recently lived largely under the radar. And by under the radar, we mean above gratuitous satire.)

OCCUPATION: U.S. Representative, California, 22nd District. (Formerly represented California’s 21st District from 2003-2013, but moved to 22nd because of more Wi-Fi hotspots.) In 2016, Nunes ran unopposed, yet received more than $1.6 million in campaign contributions. Strangely, 80 percent of the donations were spent on debate prep.

HERITAGE: Portuguese descent, Portuguese-American dissent. Nunes’ ancestry can be traced back to the 15th century, where five distant cousins were crew members on Columbus’ ill-fated fifth ship, the Santa Scurvy.

EARLY LIFE: Nunes’ family has operated a farm in Tulare County, California, for three generations. When Devin was 11, instead of telling his father, he called a local radio station to claim he had found incidental evidence of flies on cows. The next day, he apologized to his father and said he had called in to the radio station to win Huey Lewis tickets. The day after that, he revised his statement, now claiming he called in for Huey Long tickets. The day after that, he answered questions before geography class and admitted there were no flies in the direct vicinity of the cows, that he was trying to get on the good side of a pig and that everything he had said might be untrue because his mind had been corrupted by the EPA. Or the ERA. Whatever is the one that is against disposable diapers. Despite overwhelming demand among his classmates, he refused to step down as lunchroom monitor.

SPOUSE: Elizabeth Tamariz. She runs a business out of their home breeding lapdogs.

HONORS: In 2013, Nunes was named a Grand Officer of the Order of Prince Henry. This award took the sting out of being nominated but not winning the 2008 Vasco Da Gama Prize for Good Natural Sense of Direction.

ENVIRONMENTAL RECORD: In 2014, in the middle of the California drought, Nunes declared, “Global warming is nonsense. There’s plenty of water.” Two days later, to prove his point, in front of eight constituents, Nunes fashioned a divining rod out of two selfie sticks, staggered 500 feet into an AM-PM MiniMart and emerged with a one-liter bottle of Dasani.

CHAIRMAN: Nunes was named chairman of the House Permanent Select Committee on Intelligence in January 2015, nine months after incumbent Mike Rogers, R-Mich., said he would not seek an eighth term in Congress. Rogers eventually became a national security correspondent for CNN. I’ll take irony for $2,000, Alex.

EARLIER WORK ON HOUSE INTELLIGENCE COMMITTEE: Nunes extensively investigated the Sept. 11, 2012, attack on the U.S. embassy in Benghazi and found no evidence of wrongdoing by Hillary Clinton, other than wearing white after Labor Day.

PRESIDENT TRUMP ON NUNES: “He’s a good guy. I like good guys. Let me tell you the type of guys I don’t like. Bad guys. I don’t like bad guys, and what’s more, I don’t care for them. And I should point this out. I called it. I said he was a good guy. I can’t remember where I was, only that it was a huge crowd, I turned to whoever was up my ass and I said, ‘Jared, that guy? He’s a good guy.’ Here’s the thing that’s sad. Nobody reported it. Which is a problem. And I’ll tell you why it’s a problem. Because it’s the type of thing you should report on. When the president calls something. You know that 'SNL' midget that just lost on ‘Dancing With the Stars?’ I called it. Nothing. Where is the three-part, you know, three-part investigation exposé on that? See, this is the type of thing we’re dealing with. And, excuse me, one more thing. I never said 'midget.'”

LAST THING HE RECUSED HIMSELF FROM: The final hour of the film “Loving.”

HOW HE LIKES TO UNWIND: The last 14 years, Nunes and his family have had a summer timeshare in the pocket of the Koch brothers. And starting next month, once a week, he’ll throw on a blazer, hop the fence during a shift change and conduct the White House tour.