If we're going to tell the truth from a lie, and real news from fake, let's start with the definition of this word 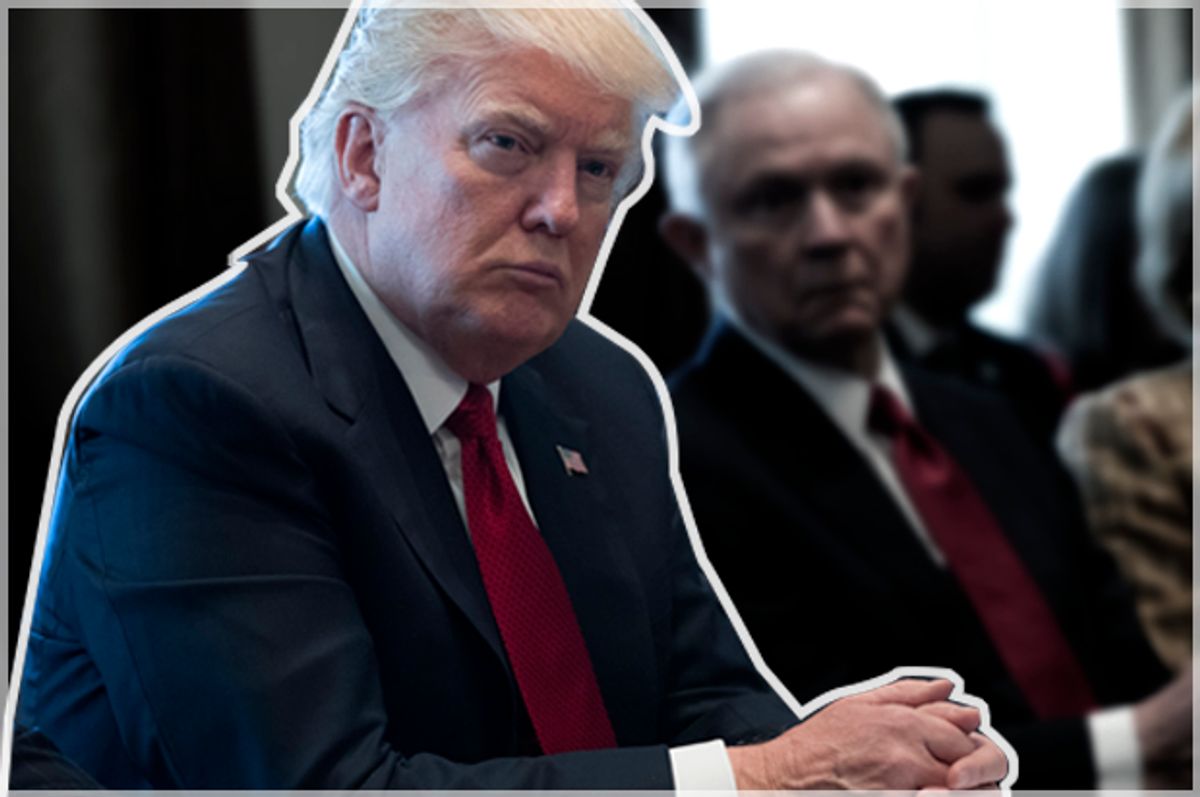 The word “factoid” has now become a factoid. In an ironic, postmodern twist, most people now confuse the definition of the term, believing that it represents a small piece of statistical data. In the past week alone, writers for The Washington Post, Houston Press and the Philadelphia Tribune have misused the word in the implication that a factoid is something that is true or empirically verifiable. Matt Bruenig, in a recent column, provides a typically maddening example while attempting to analyze demographic information about supporters of Donald Trump: “So, in addition, to the above factoid, it’s also true that most of Trump’s voters are not white working class people.”

Ignorance of the actual meaning of “factoid” is a perfect demonstration of America’s contemporary failure to separate the authentic from the artificial, and the demonstrable from the deceptive.

Norman Mailer coined the word “factoid” in 1973 to describe ideas or information perceived by the public as facts but actually dubious or instruments of obfuscation. Writing in his brilliant and almost psychedelic biography of Marilyn Monroe, Mailer described an earlier book on the Hollywood starlet as a "book with facts embellished by factoids, that is, facts which have no existence before appearing in a magazine or newspaper, creations which are not so much lies as a product to manipulate emotion in the Silent Majority.”

During an interview shortly after the publication of "Marilyn," Mailer surveyed the sociopolitical damage of factoids: “A factoid is a fact which has no existence on earth other than what’s appeared in the newspaper and then gets repeated for ever after. So people walk around as if it is a blooming lively fact.”

As one of the pioneers of literary journalism, Mailer not only invented a word but deployed it against his critics and as a weapon against the so-believed supremacy of traditional, “objective” journalism. "Marilyn," as many readers pointed out immediately after its release, is full of exaggerations, innuendos and interpretive license. The difference between Mailer and the dispensers of factoids, as he would explain, is that he embraced and advertised his subjectivity, often calling even his “nonfiction” books, such as his masterpiece "The Executioner’s Song," “true life novels.” Mailer described his account of the 1967 anti-war march on the Pentagon, "The Armies of the Night," with the subtitle “History as Novel, The Novel as History.”

Mailer, along with Hunter Thompson, Joan Didion and other “new” journalists, convincingly argued that celebrating subjectivity and personal narration, while introducing the tactics of fiction in reportage, leads to more honest journalism. Human nature renders even the most seemingly and intentionally neutral reporting as biased and narrow. Too many writers and commentators, suffering under the strain of a small imagination, pollute the atmosphere with factoids. Members of an uninformed and incurious public inhales the pollutant, then proceed to cough it up in every room that they enter. Public discourse soon becomes sick.

The injection of factoids into the American ecosystem is not merely the fault of reporters, but often the deliberate assault of politicians who seek to advance a dangerous agenda through the manipulation of a frightened and gullible citizenry. “It is possible, for example,” Mailer wrote, “That Richard Nixon has spoken in nothing but factoids during his public life.”

Mailer’s indictment of the “Silent Majority” as particularly vulnerable to the theatrics and theories of paranoia is illuminative, given that throughout the 2016 presidential campaign, Donald Trump — the large print, abridged, children’s version of Richard Nixon — continually referred to his whining constituency as the “silent majority.” It was one of many Nixonian phrases that Trump resurrected, but even more than the rhetoric, Trump re-engineered Nixon's tactic of persuasion through factoid for an electorate with a shortened attention span and enlarged appetite for cruelty and vulgarity.

“Crooked Hillary,” Trump’s nickname for his election opponent, former Secretary of State Hillary Clinton, was nothing more than the weaponization of the factoid that Clinton was irredeemably corrupt. A large percentage of Americans believe that she is guilty of everything from murder to running the State Department as a sophisticated Mafia operation on behalf of her husband. Actual evidence — that is, facts instead of factoids — verifying the charges is in short supply.

The two main issues of the Trump platform, aside from misogyny and bigotry, were immigration and trade. While Trump has taken the dishonesty to new sewer-level depths, he did not create, but only took advantage of, the parochial and false perceptions about globalization among the American public. Almost entirely built from factoids, national opinion on immigration imagines masses of Mexicans invading the United States, threatening to destroy civil society. At some point the factoid naming illegal immigration as a crisis emerged, and even many Democrats feel it's necessary to acknowledge the “problem of porous borders” before advocating for comprehensive immigration reform. The truth is that illegal immigration is at a low point and, as many studies have proved, immigrants are less likely to commit crimes than native-born Americans.

Trump, who even worse than Nixon seems incapable of uttering a truthful sentence, launched his campaign with an insane declaration about stopping the so-called illegal Mexicans who are “rapists” bringing “crime and drugs.”

The factoid about trade is that it costs Americans millions of jobs. It is certainly true that trade has resulted in the loss of some jobs, but factual research has demonstrated that this is a mere fraction when compared with the jobs being eliminated through technological automation. Treasury Secretary Steve Mnuchin recently boasted of the Trump administration’s separation from reality, telling an interviewer curious about his response to artificial intelligence’s inevitable disruption of the job market that “it is not even on our radar screen. It is 50-100 years away.”

President Trump continually bemoans the sad state of the “depleted military,” allowing another dangerous factoid to thrive in political debate. The American military is the most highly funded public institution in the United States and possibly the entire world, given that the U.S. budget is roughly the size of the next seven military budgets combined, according to NationalPriorities.org.

The United States under Donald Trump’s influence is one where beliefs and policies form entirely out of factoids (“Obamacare is imploding,” etc.), and dramatic anecdotes. Rather than dealing with the reality of declining immigration and the lack of criminality among most immigrants, Trump and his sycophants discuss horrific stories of illegal immigrants murdering innocent citizens. The Trump administration governs with a combination of the worst persuasive tactics, creating an amalgamation of the con man, the Madison Avenue adman and the shallow newsman.

Norman Mailer once announced his modest literary goal of “making a revolution in the consciousness of our time.” For all of his flaws, he understood that culture is an invention and that something like a factoid is not easily erasable. Once it exists, its lifespan is long and ugly.

A revolution in consciousness requires that people rescue art from advertisement, truth from lies and facts from factoids. Getting right the meaning of the word “factoid” is a good place to start.