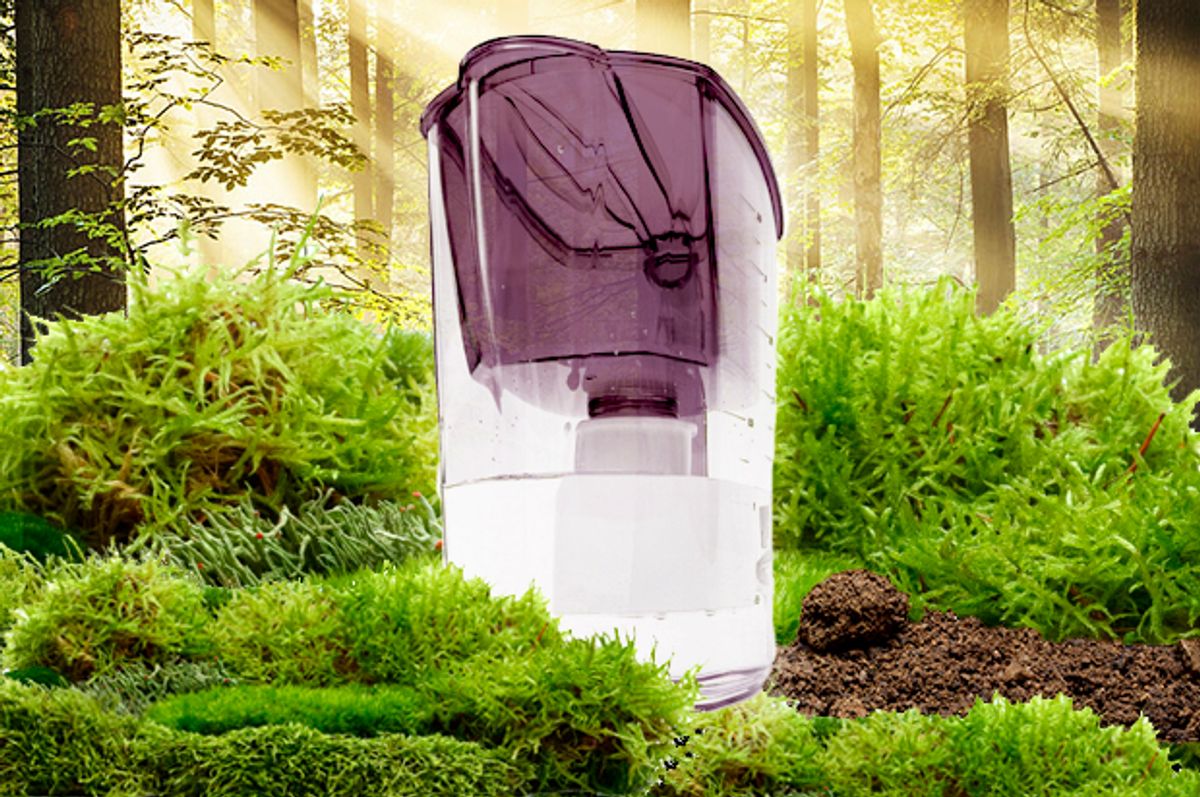 Nearly 2 billion people lack access to safe drinking water — a problem that, due to manmade climate change, is only growing in scope. And while water scarcity is a planet-wide issue, it disproportionately affects citizens of the developing world.

So, in places where modern wastewater infrastructure is cost prohibitive, innovators are engineering new solutions for solving our water crisis using simple, cheap and abundant ingredients, like wood, sunlight, even human waste. In this sense, water purification researchers are increasingly looking toward nature — and natural processes — as innovation muse.

“We’re better able to do this now than ever before,” Ashok Gadgil, senior faculty scientist and co-lead for the Water-Energy Initiative for the Energy Technologies Area at the Lawrence Berkeley National Laboratory, told Salon. “Our tools for looking deeper into how nature works have gotten much more sophisticated than even 20 years ago. Increasingly, when it comes to water purification, there will be attempts to mimic some things nature does, or to learn these processes and then adapt them to our end goal.”

A recent example comes from Sweden, where a team of researchers has developed a bacteria-trapping material made from wood cellulose — a natural component in the cells of a tree. This month, the team announced they’ll be testing the ability of this material to purify water in a portable system, since it can pull negatively charged bacteria from H20 and bind it to its positively charged surface. Unlike other portable purification devices, the system would not require electricity — only gravity — and would not leach toxic chemicals. The end goal would be equipping refugee camps and other areas without access to clean water or filtering technology.

This is not the first time wood has been used as a purification tool. In 2014, MIT researchers made a filter from sapwood, the outermost layer of a tree that contains xylem tissue for transporting sap up a trunk. The natural pores of this xylem tissue are large enough to let water molecules through, but not large enough for bacteria to pass through, meaning this is nature’s version of a Brita (only more effective). Scientists are studying which types of plant xylem are most suitable.

Then there’s the most unlikely of purification tools: human waste. While places like California are sanitizing sewer water to make it available for drinking, this process is expensive and energy-intensive -- i.e., not reasonable for the developing world. In these traditional treatment plants, the water in sewage is separated from biomass via filters, before being sanitized with UV light. Imagine instead a machine that can turn sewage into clean drinking water in a process so efficient, it produces enough electricity to power itself and the surrounding area.

That’s the idea behind the Omni-Processor, a wastewater purification machine the size of a couple of school buses. It converts sewage water to vapor, at which point the biomass portion drops out so that it can be burned for power. Then, this vapor is converted back into water, minus any human waste. The first Omni-Processor model has been undergoing field testing in Senegal since May of 2015, where it’s now capable of processing 4,000 tons of sludge per year. The second model, which has double the capacity, was recently shipped to West Africa, where it will be able to produce nearly 12,000 gallons of potable water per day.

“The reuse of water that we bring into the cycle of consumption is an exciting direction,” Gadgil told Salon. “Think about the human body -- when you drink a   cup of water, it goes into the body and circulates, and only the waste products are passed. If it didn’t happen this way, you would be drinking constantly to replenish fluids. Reuse of water is a sane way to reduce water withdrawal. Water molecules don’t get dirty.”

Finally, sunlight. While solar disinfection of water (SODIS) was first developed in the '80s, and while more than 2 million people worldwide rely on it to improve water quality, it’s gained more attention as a cool party trick for camping enthusiasts than as a workable solution to water scarcity. Part of the problem is that people in developing nations haven’t exactly embraced the idea of advertising their poor water quality by placing H20-filled plastic bottles to cook on their rooftops -- it has what sociologists refer to as “poor aspirational appeal.” And more high-tech systems using optical concentrators (lenses and mirrors) have proven too expensive for wide-scale adoption.

Now, a group of academics may have found a solution. They’ve invented a mini-fridge-size solar vapor generator, which utilizes carbon-coated paper to trap heat and accelerate the evaporation of water, turning it into a gas so that bacteria and other solids are left behind. Then, the water is reconverted into a liquid, minus the pathogens. The device costs about $1.60 per square meter (the prototype being built is one square meter), and produces three to 10 liters of clean water per day. According to phys.org: “If commercialized, the device's retail price could ultimately reduce a huge projected funding gap — $26 trillion worldwide between 2010 and 2030, according to the World Economic Forum — needed for water infrastructure upgrades.”

To that end, lead researcher Qiaoqiang Gan, Ph.D., associate professor of electrical engineering in the University at Buffalo School of Engineering and Applied Sciences, has launched Sunny Clean Water, LLC.

“The system is scalable,” he told Salon.