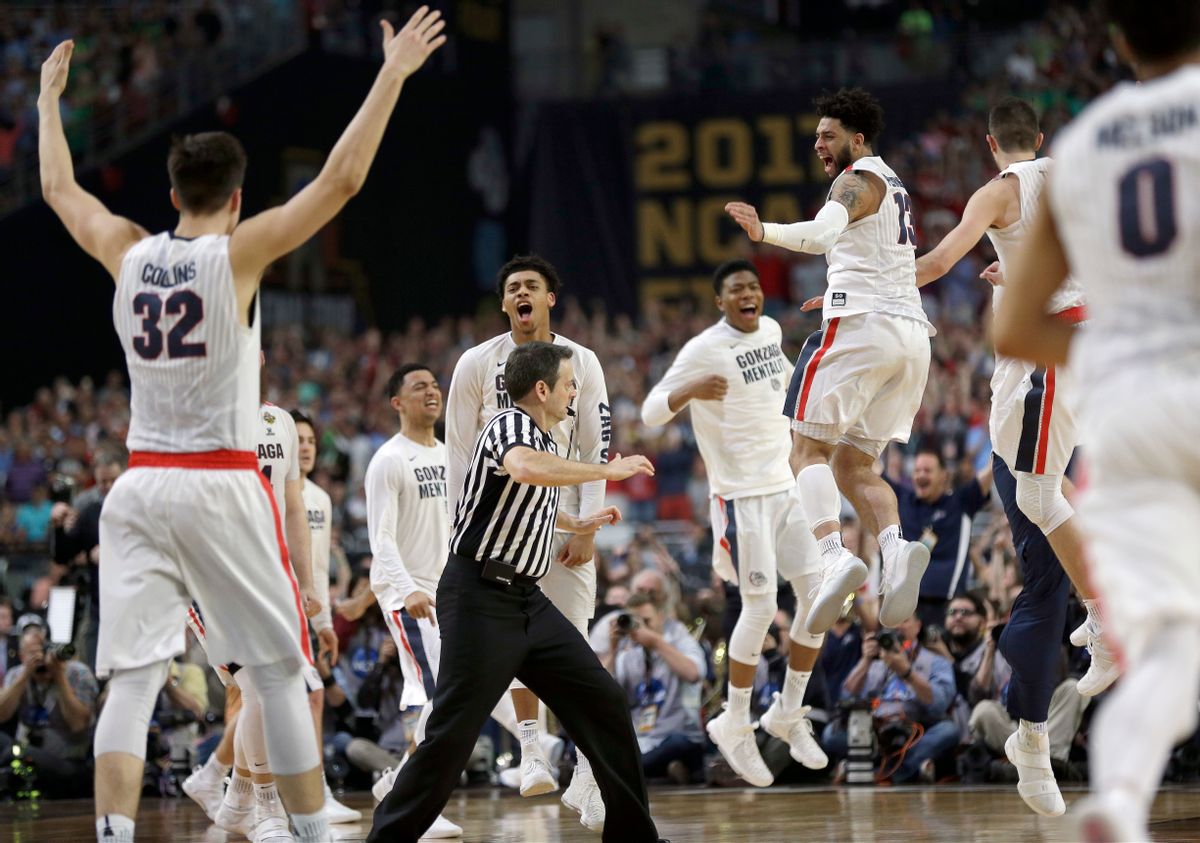 The president says that the United States is prepared to go solo if China does not take a tougher stand against Pyongyang's nuclear program.

2. U.N. AMBASSADOR: NO COMPLAINTS FROM TRUMP IN DEALINGS WITH RUSSIA

Nikki Haley contends there is no contradiction between her tough stance and the president's repeated public statements seeking to minimize the Kremlin's role in America's presidential election.

3. DESPERATION IN COLOMBIA AMID SEARCH FOR FLOOD SURVIVORS

People in a small city in the south searched for loved ones after heavy rains sent floodwaters, mud and debris surging through homes, killing more than 200.

Only about 222 years ago — when the Senate voted down George Washington's choice for chief justice.

5. HOW THE DAKOTA ACCESS FIGHT PROVIDES BLUEPRINT FOR PIPELINE PROTESTS

Organizers say their demonstrations helped raise awareness nationwide about their broader push for cleaner energy and greater respect for the rights of indigenous people.

A cap-like device that makes electric fields to fight cancer improved survival for the first time in more than a decade for people with deadly brain tumors.

Abdel-Fattah el-Sissi's meeting with the U.S. president would be a significant step in the international rehabilitation of the general-turned-politician.

Strong winds flipped a mobile home off its foundation, killing a mother and her 3-year-old daughter.

10. TINY SCHOOL WITH THE FUNNY NAME PLAYS UNC FOR THE TITLE

Gonzaga, a Jesuit school with 7,800 students based in Spokane, Washington, is going up against North Carolina, a behemoth from Tobacco Road in the NCAA final.