The ladies come together in the adrenaline-fueled finale 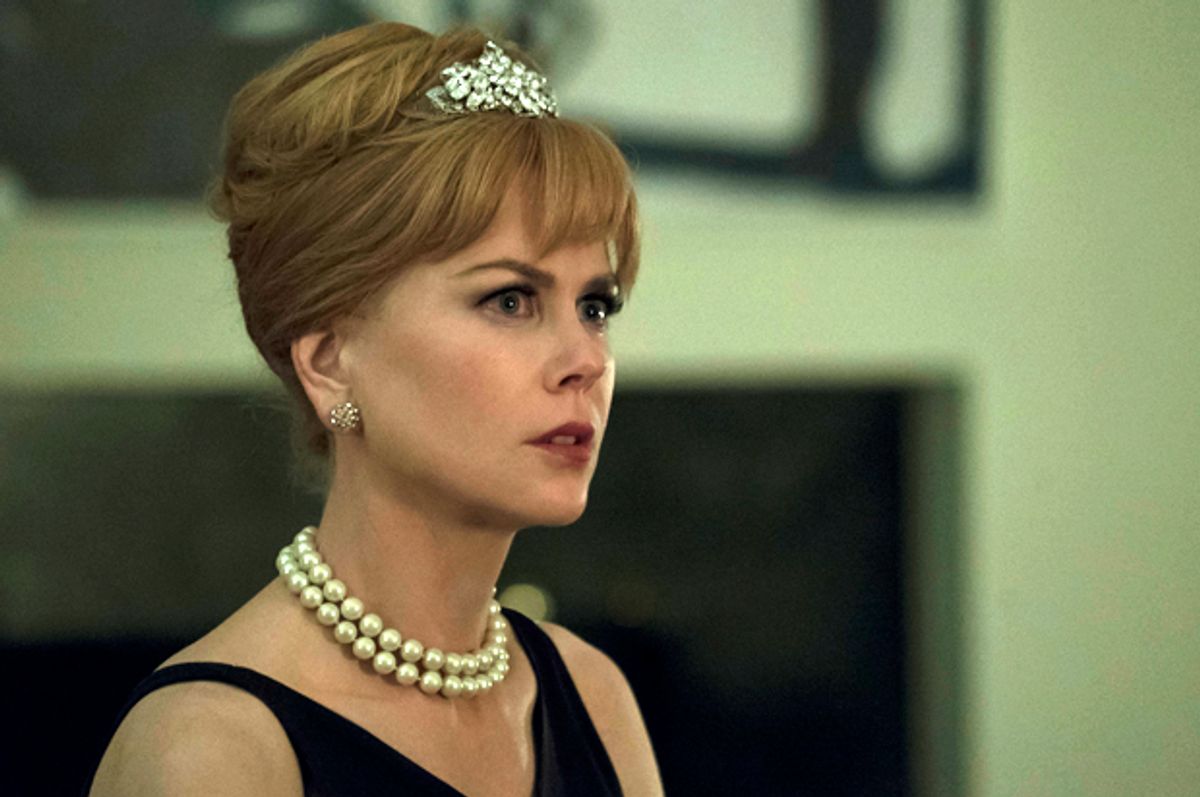 I was an anxious mess last night during the finale of “Big Little Lies.” All season I had followed the carefully calculated moves of Madeline (Reese Witherspoon) and Celeste (Nicole Kidman) as they try to unravel the mysterious history of newcomer, Jane (Shailene Woodley), a single mom newly arrived to the pristine, coupled community of Monterey, California. The show first piqued my interest from the first episode because the audience is aware that the finale, and the show as a whole, centers on the death — the murder — of one of the characters. Who could it be? The thing about “Big Little Lies” is that the death could involve any character, and the crime could be at the hands of any character, as the script reveals that everyone has the motive, opportunity and often justification.

The show’s writers carefully crafted the developments — rape, infidelity, crimes of pride and passion — in this California community, where women resent fellow mothers who work, use passive aggression as a means of social isolation, and transfer their tensions to the men who seem to react based on the behaviors of the women they love. What does it take to make a person snap?

The first few episodes introduce viewers to the mysterious injuries of Amabella Klein who is bullied and bruised, bitten but too terrified to name the abuser. Then we see the frightening dynamics of the Wright family headed by Perry (Alexander Skarsgard) and Kidman’s Celeste. God, they seem like such a perfect couple until the fantasy is shattered by the reality of the abuse that occurs behind closed doors. Celeste’s willingness to dismiss Perry’s abuse by telling the lie that “he didn’t mean it” resounds throughout each episode until she can no longer makes excuses.

These two rather gruesome storylines must be related and make the most logical sense in terms of the catalyst to the lethal crime that viewers anticipate. It wouldn’t seem likely if, say, sweet Ed, played by Adam Scott, goes all "Carrie at the prom" at a school fundraiser, finally fed up with his passivity.

But all the pieces fall into place naturally as the control-obsessed characters scramble amid the chaos.

In very quick succession we learn the Wright family is about to unravel. For one, Max, one of the family’s shaggy golden-haired twins, is the person who has been hurting Amabella all along. Next we learn Celeste has finally secured an apartment so she can leave Perry — an act of agency and potential relief that seems too good to be true. Then Perry must take the twins to school because he so badly brutalizes Celeste that she is unable to remove herself from the master bedroom’s bright white porcelain tiles. Perry says “the monster” will be dropping the boys off at school, which connects the two violent storylines.

Celeste tells her therapist that she is planning to leave Perry the day after the fundraiser once he leaves town for business, and it’s an ominous suggestion that things will not go as planned. Sure enough, Perry learns of Celeste’s intended departure and confronts her on the way to the Elvis Presley- and Audrey Hepburn-themed fundraiser.

The fundraiser scenes have been shot to create confusion through camera angles that capture different and disorienting points of view through quickly changing perspectives, with dimly lit areas with many dark corners for characters to sneak off to. Several attendees are similar costumes, which adds to viewer disorientation.

The Wrights have unraveled at this point as Celeste seeks sanctuary from her husband and Perry becomes desperate to get ahold of her, presumably to kill her. Bonnie, played by Zoe Kravitz catches a glimpse of Perry strong-arming Celeste near a tree and decides to follow.

All this occurs while Madeline and Jane have a heart-to-heart near a stairwell under construction when Renata Klein (Laura Dern) confronts Jane to apologize for wrongly accusing Jane’s son of bullying her Amabella. The ladies are interrupted by Celeste who is frantic, and in turn they’re all interrupted by Perry, the monster who’s come for his bride.

In a brief moment of flashback we learn that Jane’s rape years earlier had been the hands of Perry, which aligns with his violent and misogynistic history. It’s soon clear what happened: Perry attempted to attack Celeste, then Jane, Madeline and Renata stepped in to defend her, but who’s dead by whose hand?

Now at the fundraiser, Bonnie, peace-loving, yoga-teaching, free-spirited Bonnie, rushes to the scene and shoves Perry down a flight of unfinished stairs. The beauties kill the beast in a quite literal fall from grace during a descent into madness.

Perry’s death is both a surprise and relief because the show seemed to be premised on petty politics that suggest the murder would be borne out of spite. But the motive for the murder proves to be justice not malice. Oddly, ethics and justice are not major themes of the show until the very end: All along many of the characters have instead acted out so as to assert dominance or retaliate against a perceived personal slight.

The show’s final scenes reveal the women on the beach with their children at peace, a quality that's been noticeably absent until now despite the tranquil setting.

What’s most interesting is the inclusion of Bonnie in the final moments — the suggestion is that she has been admitted to the group. Throughout each episode it’s clear that Bonnie is on the outside of the power struggle that exists between the other women for many reasons: She’s the other woman in Madeline’s first marriage; she has different priorities from the rest of the women who seek to be alpha females, and there’s a lingering question regarding other reasons for her status at the periphery of the others.

Bonnie’s motive for killing Perry separates her from the other women as well. She has none of the malice, jealousy or anger that the other women are gripped by, but she acts in response to a person being threatened by mortal danger and in defense of a group previously unwilling to accept her. In this sense Bonny is now initiated into the all-women gang — for better or worse. The women have bonded through trauma in that never before have we seen all the women together peaceful and silent, and it seems as if they intend to rebuild their lives and community with one another’s help as well.

My  question “What does it take to make a person snap?” is replaced with “How willing are you to do the right thing?” What lies will we tell ourselves to get us through the day?