Russian officials say terrorism can't be ruled out, but there's no offical answer yet 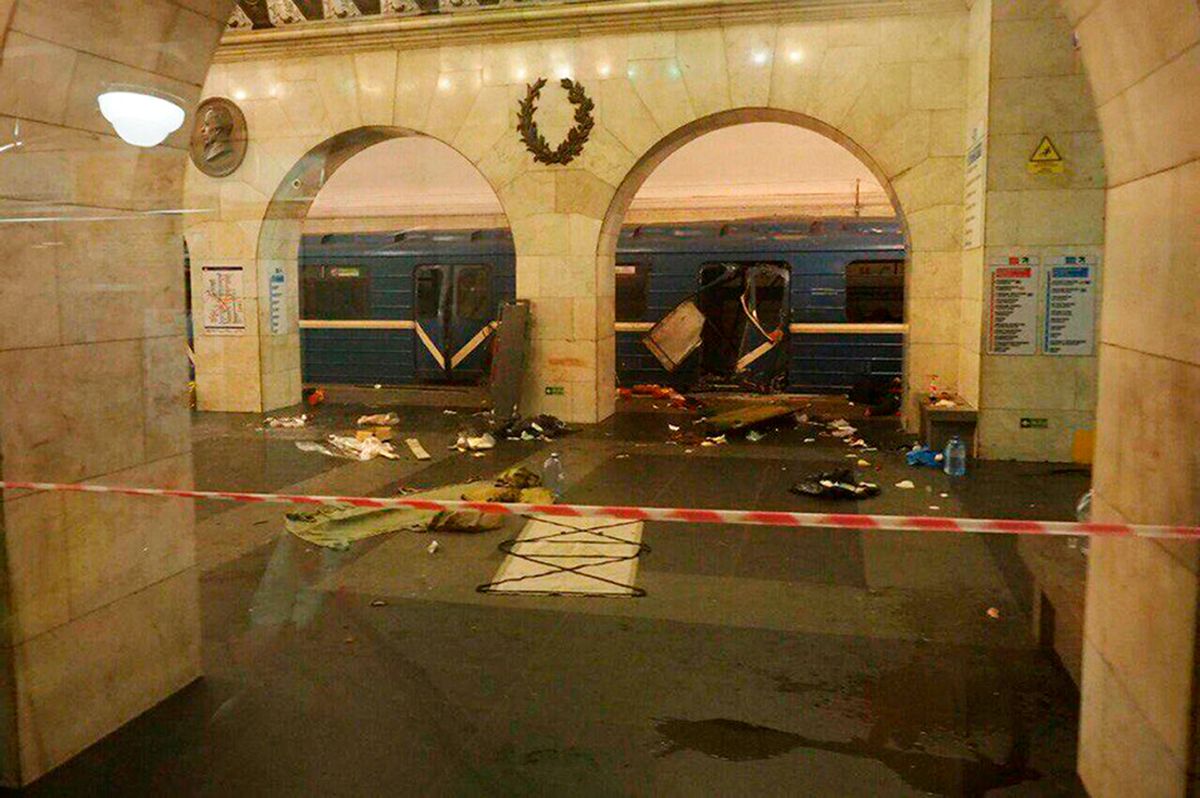 Ten people were killed and at least 50 were injured in an explosion in St. Petersburg, Russia on Monday morning.

The explosion took place on a metro train traveling between two St. Petersburg stations, Tekhnologichesky Institute and Sennaya Ploshchad. Andrei Przhezdomsky, a spokesman for the National Anti-terrorist Committee said an "unidentified explosive device" in one of the cars was to blame for the blast.

"So far, we say it was an unidentified explosive device as investigators and the Federal Security Service's bomb specialists are to establish the exact cause of this explosion," Przhezdomsky told Russia 24, the state-owned news station. He added that the subway was completely evacuated following the blast.

The AP reported that though there was only one explosion, a second explosive device was found and deactivated at another St. Petersburg train station. That the station was reported to be Vosstaniya Square.

The entire metro system has since been shut down.

Russian President Vladimir Putin was in St. Petersburg Monday morning, but is currently outside the city according to his spokesperson Dmitry Peskov. Putin has expressed his condolences to the victims and their families and is in talks with the FSB security services about an investigation.

"I have already spoken to the head of our special services, they are working to ascertain the cause," he said during a meeting with Belarus President Alexander Lukashenko.

"The causes are not yet clear, and so it’s still early to talk about that, the investigation will show. But, naturally, we always examine all versions, ordinary and criminal, above all incidents of a terrorist character," he added.

This is the first attack on St. Petersburg's metro system, the 19th largest in the world, carrying over 2 million people per day.