Republicans are ignoring the shameless self-dealing and graft of the Trump administration. They must pay a price 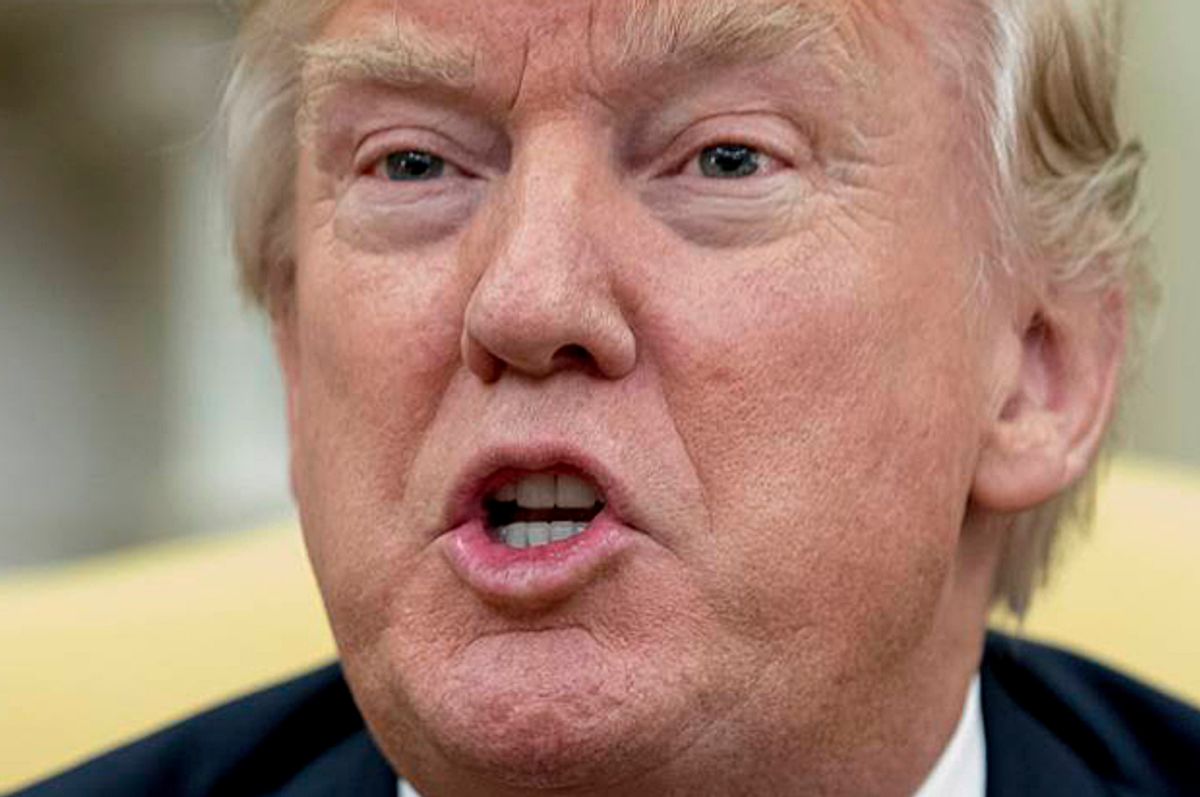 Back in early January, Donald Trump gave a press conference in which he and his attorney laid out the legal framework by which Trump would be, in his words, “turning over complete and total control” of his businesses to his two adult sons. Trump reveled in the breadth and complexity of his financial entanglements, boasted of having received (and declined) an offer for a $2 billion deal from a Middle Eastern real estate magnate and made clear that he was under no legal obligation to sever any business ties whatsoever.

The implication was, in typical Trump fashion, unsubtle: The president-elect was selflessly making a huge sacrifice. All his investments would be placed in a trust, he would be divorced from the management of his companies, and his sons would not speak to him about the business. “I don’t have to do this,” Trump insisted.

Well, it turns out he won't be doing much of this. Rather than being kept out of the loop, Trump will receive regular updates on the Trump Organization’s profitability from his son Eric. And as ProPublica reported this week, the terms of Trump’s trust were quietly updated to allow the president to draw money from his businesses whenever he wants and with no attendant disclosure requirement. So the president of the United States has a direct financial interest in the profitability of the company he supposedly stepped away from and a revenue stream that will likely never be made public.

On top of that, it’s also becoming clear that the Trump administration is becoming a vehicle for the advancement of the Trump family. The president’s daughter, Ivanka, has now officially become a White House employee after many weeks of unanswered questions about what role she was playing inside the West Wing. At the same time as she’s serving as a top administration official, she’s also maintaining a stake in her business empire, a decision that was officially endorsed by the White House in February, in clear violation of ethics rules.

Ivanka’s husband, Jared Kushner, has also become a key administration figure who is now responsible for bringing “innovation” to the federal government, forging peace in the Middle East and conducting high-level diplomacy. His only qualification for any of these daunting jobs seems to be that he married the president’s daughter.

The unavoidable conclusion to be drawn from all this is that the Trump administration is shaping up to be a massively corrupt enterprise. This was expected. During his campaign, Trump spent vast sums of money at Trump-branded clubs and resorts — a practice that has continued since his inauguration, only now it’s tax dollars instead of donor funds that the president is funneling into his own pocket. Private citizen Donald Trump used his charitable foundation for his own enrichment, in violation of nonprofit law. The now-defunct Trump University ran an aggressive scam to allegedly bilk thousands of people for millions of dollars in credit card payments. (Trump settled suits with these claims.) Venality is one of the president’s more reliable character traits.

This present Democrats with an opportunity and an obligation to make Trump’s corruption as radioactive as they possibly can. The 2006 midterm elections are the most recent example of the potency that an anti-corruption message can have when deployed against a weakened and stumbling party in power. In the latter half of the administration of President George W. Bush, Republicans were hobbled by the Iraq War fiasco and the domestic failures of the Bush White House: Hurricane Katrina, failed Social Security privatization and the housing decline. This made the entire party vulnerable to the “culture of corruption” narrative that Democrats used to turn people like Jack Abramoff and former Rep. Duke Cunningham into the mascots of a rotten GOP establishment.

Right now, the wildly unpopular Republican president of the United States can’t make good on his health care reform promises, but he's busily pulling the levers of government for the benefit of himself and his family while the GOP-controlled Congress dutifully looks the other way. The potential for political blowback is strong, especially if Trump’s domestic agenda remains snarled in intraparty disputes.

More broadly speaking, the health of our democratic system demands that a politician who behaves as Trump does be made to pay for his corrupt behavior. Corruption will always be a problem in government, but the means to keep it in check is through public action — if someone is caught self-dealing, the public castigates him or her at the ballot box. Trump clearly believes that the public won’t much care if he skims a little something off the Treasury, so long as he’s able to cut taxes, bomb terrorists, ban Muslims and slap together a wall between us and Mexico.

The last thing America needs is for that type of corruption to be rewarded at the ballot box. Trump can’t and won’t change who he is, and he clearly intends to use his time in public service to enrich himself at the expense of taxpayers. Any movement that arises in opposition to him has to have a strong anti-corruption message as one of its key planks.