What’s in the cards?: Joe Swanberg’s “Win It All” plays a strong game with a weak hand 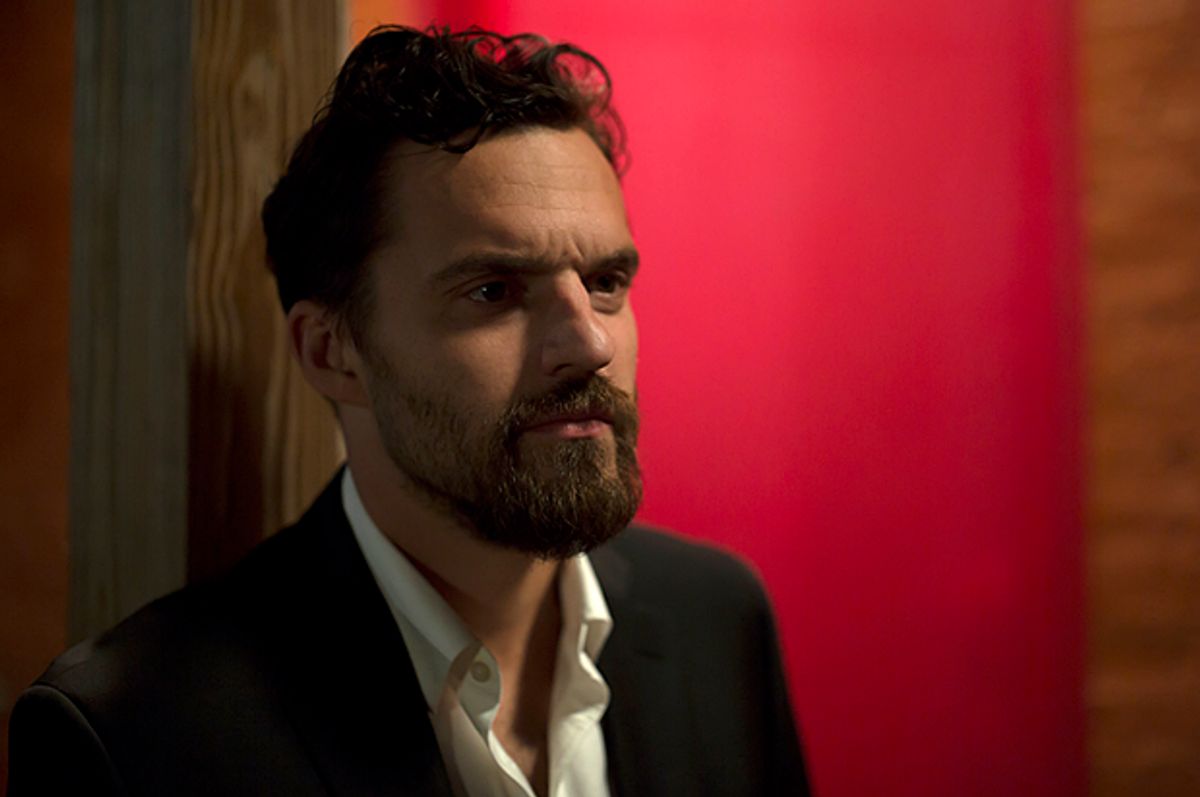 Nothing is quite as antithetical to adulthood as the portrayal of gambling in the movies. In the third act, a protagonist of a gambling movie either wins or loses; which outcome occurs often depends on whether a given filmmaker sees childhood — or resistance to adulthood — as a virtue. A fictional flop can say a lot. In “Rounders,” dreams are to be pursued. In “Hard Eight,” adulthood comes with painful decisions and hard truths.

The tension between gambling and growing up is at the heart of Joe Swanberg’s new film, “Win It All” (arriving on Netflix on April 7). The film follows Eddie Garrett, played by Jake Johnson as a bro in the classic Jake Johnson mold: a lovable everyman with a penchant for making the wrong choice.

Eddie is a gambling addict who makes money doing odd jobs like parking cars at Cubs games and then spends that money at a local card game or dive bar. His brother (Joe Lo Truglio) encourages him to find stability by working for him at the landscaping company their father built. “At a certain point, you’re going to need to grow up and join the big boys club,” he says between tokes of a joint early in the film. “Because this pace is not going to sustain.”

You can’t give me a joint and then a lecture, man, Eddie essentially replies — the point being, no thanks.

But things become more complicated. When an imposing acquaintance offers Eddie $10,000 to watch a duffel bag during a stay in prison, Eddie thinks he’s stumbled into easy money. But there’s one catch: Eddie can’t look inside the bag. As is the case in Swanberg’s last film, “Digging for Fire” (2015), curiosity begets drama. What happens next is predictable (and not quite a spoiler here since it’s in the trailer): Eddie opens the bag and finds tens of thousands of dollars in cash; he uses the money to gamble; and when he gambles, he loses big, digging himself a hole out of which he must climb.

Gambling is the device that undergirds the narrative in “Win It All.” But this isn’t a cards movie. Swanberg’s camera doesn’t hover over Eddie’s hands. The characters who make up the seedy underworld never enter the frame: Sorry, no Teddy KGB and Joey Knish here. It’s unclear whether Eddie is even a good player.

The inattention to the weeds is not for lack of knowledge. According to Swanberg, Johnson, who is from Evanston, Illinois, gambled professionally when he first moved to California. Rather, the film’s interest in gambling is conceptual. Swanberg has made his career off low-budget, self-financed indies. “Deciding to tell a story about a gambler felt really personal to me because I basically invested my own money into all the movies that I made,” Swanberg told me.

Like every Swanberg picture I’ve seen, “Win It All” is a small character drama that, through improvisation, renders relationships impeccably; it's at once specific and universal. But “Win It All” is also a new look for Swanberg. It’s the first film he has made that has a script. He wrote it with Johnson — or perhaps it’s more accurate to say that Johnson wrote it with him. “Writing a script was a thing that always felt really intimidating to me,” he said. “I really was leaning on [Johnson’s] strength.” The result, for good or for ill, is that “Win It All” is one of Swanberg’s tighter works.

Swanberg has an aptitude for making films that conform to viewers’ expectations in the first two acts and then subvert the binary expectations that genre and tropes create in the third act. “Drinking Buddies” did that as a romantic comedy, and “Happy Christmas” as a comedy about the horrible in-law who comes to visit for the holidays. And “Win It All” does that as a gambling flick.

Eddie does go to work for his brother, choosing to make back the money he has lost responsibly. And when he starts dating a beautiful single mother, stability doesn’t seem so bad. But his efforts are foiled when his acquaintance calls saying he’ll be let out early.

I won’t say how the film ends. But I will say that the ending is thrilling and surprising and it strikes a nuanced chord. Reward can be found in domesticity and hard, steady work. Likewise, though, gambling addiction can be an insidious vice and life can require everyone, even — and perhaps especially — gambling addicts, to lay it all on the line sometimes. The result of a flop often has more to do with the whims of the universe than the player.