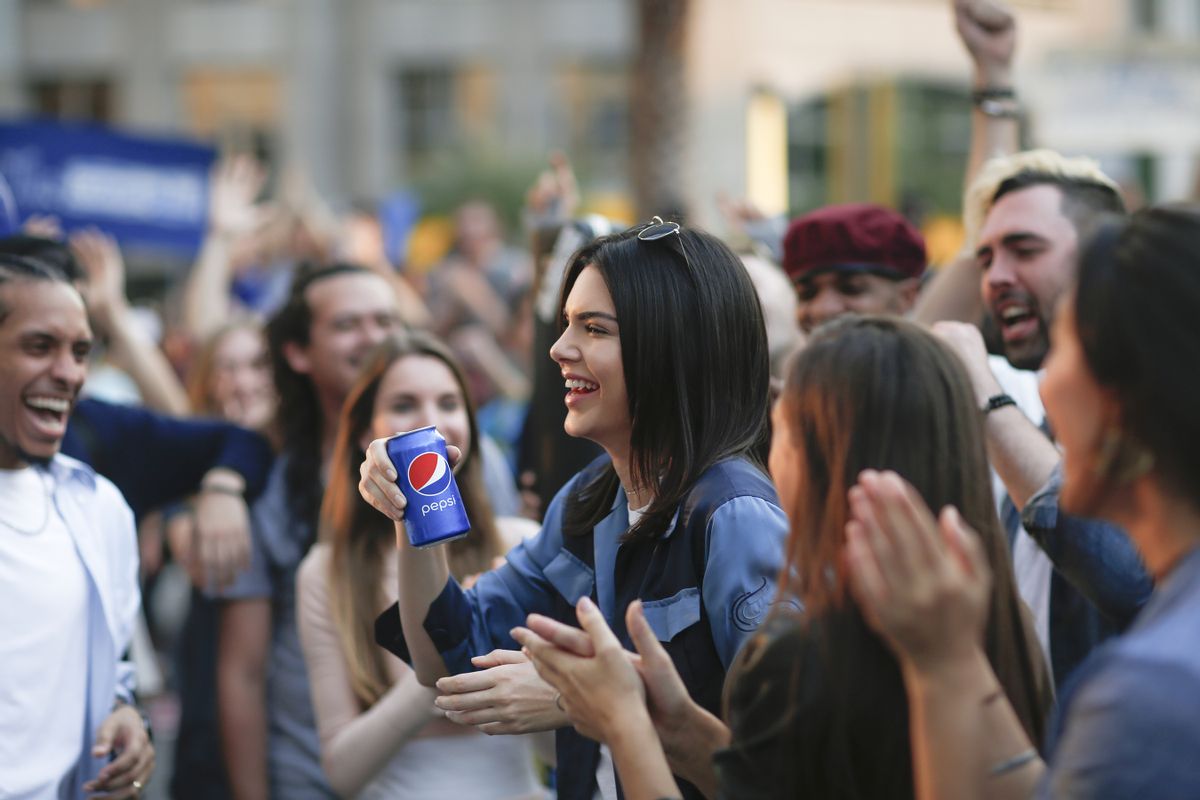 The soda giant’s new release features a blonde Kendall Jenner posing for a photoshoot as a political protest passes. “Lions” by Ski Marley plays over scenes of people protesting, police officers barricading, Jenner longing to join and, of course, everyone drinking Pepsi.

The commercial was made with good intentions, but the result fell flat. Viewers were quick to point out that Pepsi and Jenner seem to be using America’s current political climate and the agony felt by many, particularly Muslims, for corporate gain.

On Jan. 21, the day after Trump’s inauguration, over 500,000 women converged on the National Mall in Washington, D.C, to rally. That is just one example of the thousands of protests organized since Trump’s victory in November.

How is @pepsi gonna have an ad about the resistance with Kendall Jenner as its face? How???

Perhaps the most puzzling aspect is the choice of Jenner — a rich, white celebrity — as leading lady. Pepsi’s ad struck a nerve with those who remember the now-iconic photo of Ieshia Evans staring down police officers in Louisiana in July. Evans was a young black woman, and the photo was symbolic to many who feel the rampant racism pulsing through America.

If @KendallJenner were a black man, the cop would think the @pepsi was a gun, open fire, get paid leave and not be charged with murder.

Kendall Jenner gives a Pepsi to a cop and rids the world of -isms. Y'all can go somewhere with this tone-deaf, shallow and over-produced ad. pic.twitter.com/CEr4cAw3Ld

The ad campaign will run through the end of the year, according to the company’s press release. The Jenner ad is one of many to come meant to celebrate life’s “Live For Now” moments:

“Moments when we decide to let go, choose to act, follow our passion and nothing holds us back. . . . It features multiple lives, stories and emotional connections that show passion, joy, unbound and uninhibited moments. No matter the occasion, big or small, these are the moments that make us feel alive.”

If nothing else, Jenner has the full support of her mom, and Pepsi was thrust into Twitter’s trending section. Whether either party is “woke” about the ad’s implications is another story entirely.